The Force Sets Its Snooze Alarm

I finally got around to seeing Star Wars: The Force Awakens, and here are my thoughts on the film. I should warn you that there are SPOILERS in this post. I feel like I’m the last one to see this, but it’s possible I’m not.

I’ve mostly avoided other reviews of the movie, but one criticism I have seen is that it’s too similar to the first movie, retroactively called A New Hope. In some ways this was only to be expected, as the series was based on mythic archetypes in the first place, and never intended to be all that original. That someone on a backwater world would discover their Force sensitivity and a series of bizarre coincidences would result in their teaming up with the other characters…well, that kind of thing goes with the territory. But when you have another desert planet, another droid carrying a secret message, another evil galactic ruler with a masked apprentice who’s related to some of the good guys, another planet-destroying super-weapon, another resistance group led by Leia, and another Jedi Knight living as a hermit, it seems like the parallels have gone a bit overboard. Even the characters themselves commented on some of them. It seems like, even though this is supposed to be, like, thirty years after the original trilogy, there’s very little sense of progress. Now, there’s a certain amount of realism to that. How often does a revolution against a terrible leader lead to another one just as bad, if not worse? Meet the new boss, same as the old boss, as the Who put it. Still, this is fiction, and this film more or less made the original trilogy pointless; overthrowing the Empire isn’t all that monumental when another one is right around the corner. What’s more, the Jedi are still nearly extinct, and Han Solo is a smuggler again. It seems like they could have at least highlighted the differences between this evil government and the last one. They have a Supreme Leader instead of an Emperor, so is that a nod to Iran? I kind of think it would have been more interesting to see villains who were trying to consolidate power than ones who already had it. Yeah, we kind of got that in the prequels, but here there would be more of a sense of recent history, of the Empire still being fresh in people’s minds. And why relegate Han and Leia’s family life and Luke’s training new Jedi to mere side notes? In some ways, I will accept that concentrating too much on these things might have ruined the plot, and it’s possible that they’ll be covered in future installments. It’s like, the revelation of Kylo Ren’s identity worked, but I still have a hard time accepting that Han and Leia’s son would idolize his genocidal grandfather, and that Luke’s new Jedi order would make the same mistakes the last one did that partially led to Anakin’s turn to the dark side. I think it was Leia who said Ren had too much Vader in him. So are we supposed to believe that evil is genetic, but skips a generation? Again, it’s certainly possible we’ll learn more about his motivations in a future installment, but as it was I found him undeveloped. And his keeping Vader’s skull, even putting aside the question as to how he could have gotten it, is some real Normal Bates behavior.

But he has a new kind of lightsaber they can merchandise!

Actually, I have to wonder why they don’t have light-scimitars yet. And what was with the flame thrower that, as far as I can recall, appeared exactly once in the film?

The thing is, I did still enjoy the movie. It relied a lot on nostalgia, but while the repetition got a little annoying, in other ways this really worked for it. We get to see the familiar characters again, and rather than being shoehorned in as some of them were in the prequels, their roles are relevant and they’re in character.

That said, Leia was underused, and Luke didn’t even have lines! I was thinking about it, and since no previous film in the series has been a direct follow-up to the last (there’s always some time in between covered by the opening crawl), we’ll probably never find out what Rey and Luke said to each other. I found Rey and Finn to be quite likable new characters, although I’m not quite sure why the former was so eager to return to her meager existence on Jakku.

And neither of them were whiny like people are always complaining Luke and Anakin were. BB-8 was sort of just R2-D2 with a different shape, but he was cute. I was kind of surprised by how small Captain Phasma’s role was. I really like her name; it’s very pulpy. 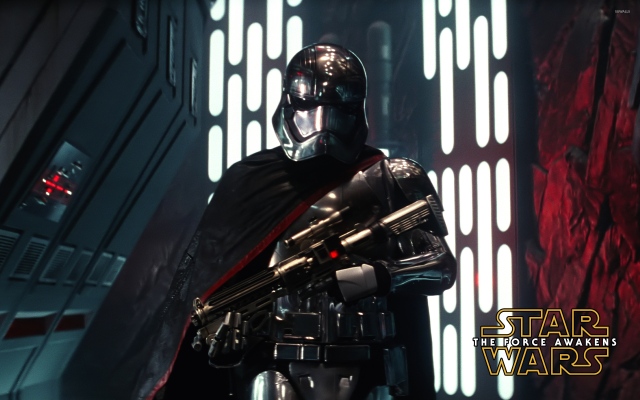 So overall, I found the movie enjoyable, but I’m really hoping the next installment will go off in more of its own direction. 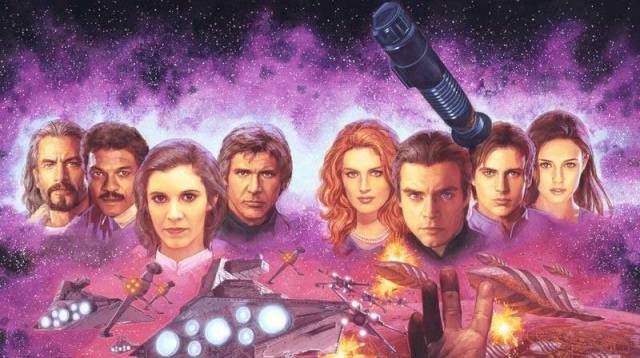 Another thing I wanted to address was how I’ve heard the new movies are pretty much ignoring the Expanded Universe. Now, I’m not familiar with the Star Wars Expanded Universe. About all I know is that there’s a woman named Mara Jade and a giant green rabbit with a bad-ass attitude. But I kind of like the IDEA of the EU, and that multiple writers have contributed to the big picture. The Oz fandom is obviously much smaller, but I’m reminded of the people who make a point of saying that they’re ignoring Ruth Plumly Thompson’s Oz books when writing their own. They’ll usually do this because they think Thompson’s work isn’t faithful to L. Frank Baum’s, but their own work is also generally quite different from Baum’s. I get the desire to honor the creator, but it’s kind of arrogant to think YOU know what a long-dead guy would have done with his creation. Of course, George Lucas is still alive, but it’s been pretty well established that audiences weren’t too keen on his having the final say on what happened in his galaxy. Anyway, I can understand why they’re not going to work in a lot of references to stuff only the most hardcore fans would get, but there’s a difference between downplaying the EU material and ignoring it entirely. Like I said, though, I don’t know the EU, so I can’t say how much Episode Seven might or might not have contradicted it. I do have to wonder whether Chewbacca still has a family.

11 Responses to The Force Sets Its Snooze Alarm