Don’t Let the Earth Get in Your Eyes

Here are my thoughts on some albums I’ve heard recently, some old, some new, some borrowed, and…okay, I don’t think any of them are blue, but I’m not going to double-check the discs to find out.

Robyn Hitchcock, A Star for Bram – I tend to be drawn to really prolific musicians, which means it often takes a while for me to collect their entire back catalog, and even then there are generally a bunch of songs not on the main albums. I’m still digging into Hitchcock’s work, and I received this 2000 record for Christmas. As might be expected from someone with so much music, he can be hit-or-miss, but even the weaker songs tend to have some interesting elements. While none of the tracks on this one blew me away, it was a pretty solid collection of songs. Standouts for me include “Adoration of the City,” “Nietzsche’s Way,” and the bluesy “I Wish I Liked You.” You know, this album has songs called “I Wish I Liked You” and “I Used to Love You,” and Robyn has an earlier song “I Used to Say I Love You.” My overall favorite, however, is probably “The Philosophers’ Stone,” which features fake sitar. And in the weird timing department, there’s a mention in “1974” of “Rebel Rebel” being someone’s favorite song, kind of a bittersweet thing to come across when David Bowie recently died.

Dr. Demento, Hits from Outer Space – This novelty collection is mostly but not entirely about Star Trek, with seven of the twelve tracks related to the adventures of the Starship Enterprise. Two skits hit the usual bases of Trek parodies, with rather lazy joke names (Captain Jerk, Mr. Schlock, Mr. Smock, Starship Booby-Prize, Starship Intercourse, etc.). Leonard Nimoy does a spoken-word bit in character as Spock. Then there’s the Firm’s “Star Trekkin’,” which they used to play a lot on a local kids’ show. This is a weird connection, but the cartoon Adventures of Super Mario Bros. 3 often featured songs sung by the Koopalings, and the obnoxiously exaggerated voices reminded me of this song. The Great Luke Ski’s “What’s Up Spock” is a rap that covers the first three Trek shows. I’ve seen “Do the Picard” mistakenly attributed to “Weird Al” Yankovic, and while most humorous songs are misidentified as Al’s at some point or other, the lead singer on this one actually kind of sounds like Al. Since the real Al doesn’t have any Trek songs, the collection instead includes “The Saga Begins,” his tribute to Star Wars: The Phantom Menace. It’s kind of weird to have one Wars song among the Trek ones, and while it’s a good parody, I kind of think “Slime Creatures from Outer Space” might have been a better choice. “Saga” was still fairly new at that point, though. Bill Mumy, also known as half of Demento mainstays Barnes & Barnes, recalls his own role on Lost in Space in “The Ballad of William Robinson.” The Latin-styled “Carmen Miranda’s Ghost” and the folky “Banned from Argo,” both by Leslie Fish, aren’t related to any particular franchise, but their take on spaceships and space stations seems Trek-inspired. And Boots Walker’s “They’re Here” is just about alien invasion. I kind of think it would have worked better as two compilations, one with just Trek novelty songs and another with a general space theme, but maybe they didn’t have the budget for that. 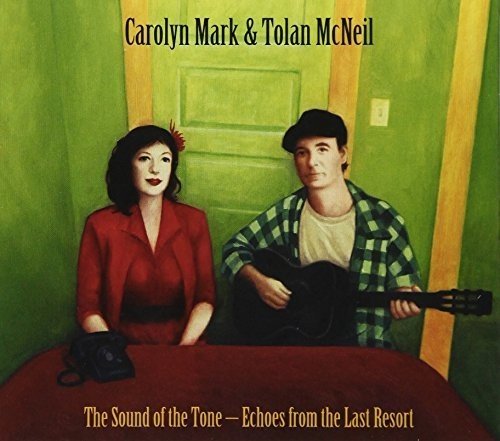 Carolyn Mark and Tolan McNeil, Sound of the Tone: Echoes from the Last Resort – This 2011 release has Carolyn doing what she does best, country songs with a humorous, sarcastic, and personal tone. In between them are various answering machine messages she and Tolan received. Actually, between the phone messages and the fact that some of the songs are more just basic ideas than complete products, it puts me in mind of They Might Be Giants’ Dial-A-Song. Beth and I saw Carolyn Mark perform with Neko Case and Kelly Hogan in Philadelphia some years ago. She used to collaborate a lot with Neko, but doesn’t seem to do so much these days. The first song on this record, “Empties/Enemies,” has her criticize Neko for not being good at the guitar, so I have to wonder if there was some kind of falling-out. Then again, one of the answering machine messages is from Neko, who sounds really excited to see Carolyn, so who knows? I guess if I were a tabloid columnist, I’d write some headline about a Neko Case/Carolyn Mark feud. 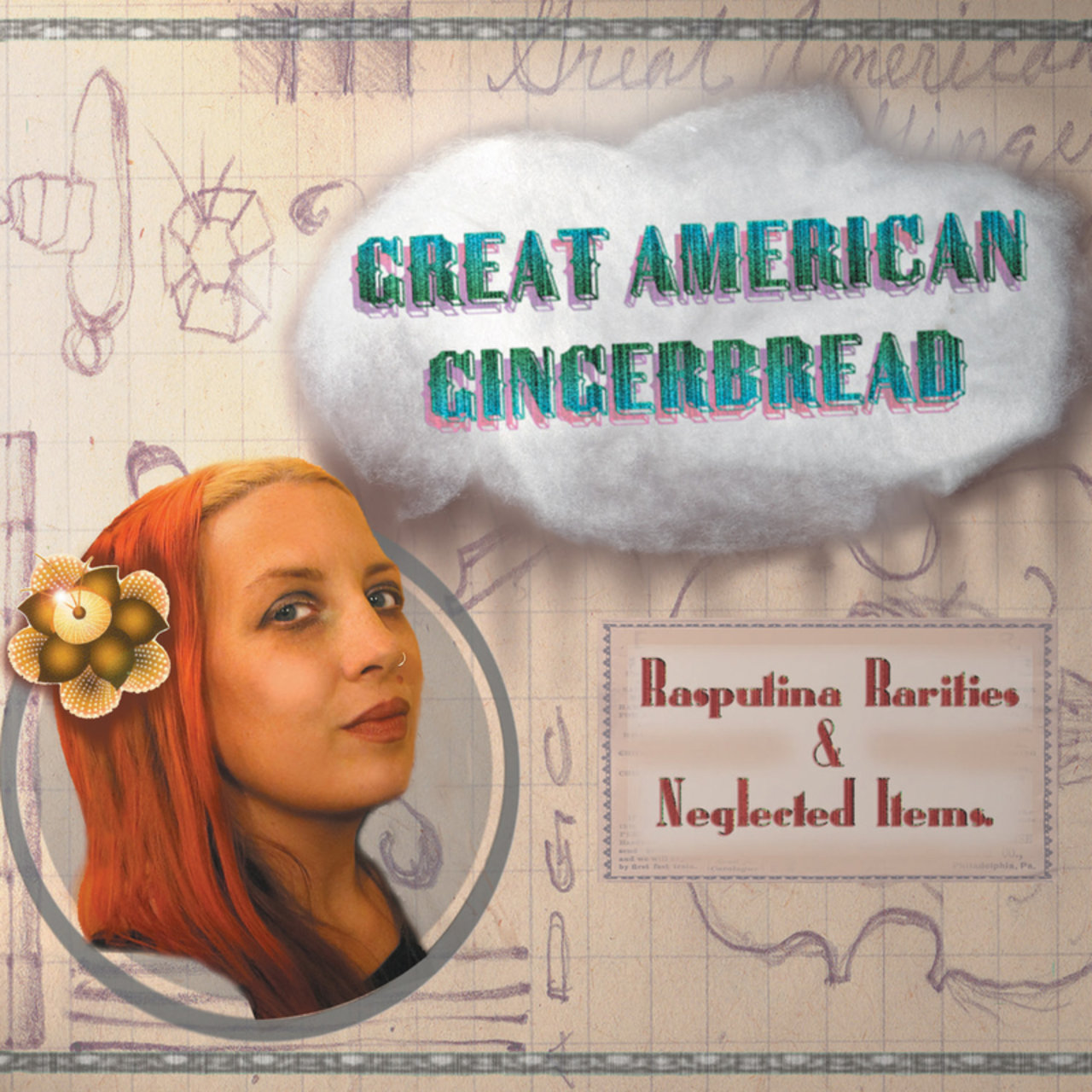 Rasputina, Great American Gingerbread – A 2011 rarities collection that Beth purchased at a recent show. Oddly, the listed song “Ballad of Lizzie Borden” doesn’t appear to be on the disc, which messes up the track listing. Several of the tracks are instrumentals, and others are alternate versions of songs that have previously appeared on studio albums. “Pudding Crypt” is a mix of “Gingerbread Coffin,” and “Children’s Reform Center” the instrumental part of “Girls’ School.” There are two versions of a cool and otherwise unreleased song called “Black Hole Hunter.” “Mysterious Man-Monkey” is one of Melora Creager’s surreal monologues presented as a news story, and “Skeleton Bang” is based on something her daughter said about a skeleton banging its head on a tombstone.

Blur, The Magic Whip – I don’t own this one, but it’s available on Amazon Prime. I’ll admit that, while I thought the first few Blur albums were excellent, the self-titled and 13 were a bit hit-or-miss, and I never could get into Think Tank at all. Now, twelve years after that last release, the band (complete with Graham Coxon) returns with an album that I found catchier and more melodic than those other releases. That’s not to say there aren’t still hints of the depressing avant-garde sound, but they tend to be more immediately listenable, at least for me. It is, perhaps, a bit front-loaded, although I do quite like “Ong Ong.” There’s somewhat of an ice cream theme, both with the cover and the song “Ice Cream Man,” with a bass part inspired by the Mister Softee tune. From what I understand, the band has released their own flavor of ice cream to tie in with the album. It’s vanilla with raspberry sauce.

Ben Folds, So There – Ben’s latest album leaves pure pop territory with eight songs performed as chamber music, then a three-movement piano concerto. Despite the different orchestration, the non-concerto songs are pretty typical Ben numbers. My favorite of the mix is probably “Long Way to Go.”

Tori Amos, The Light Princess – Very loosely based on a George MacDonald story about a princess cursed to float in the air, this musical written by Tori and Samuel Adamson makes it about a princess who floats because she’s unable to accept her mother’s death. She falls in love with a neighboring prince who’s unable to smile since HIS mom died. I haven’t seen the musical, but the songs make it seem rather childish and heavy-handed. At one point, the princess’ father consults quack doctors who think she must be mentally ill or on drugs. Obviously we expect Tori to be bizarre, but I think it works better when she’s not trying to tell a lengthy story. 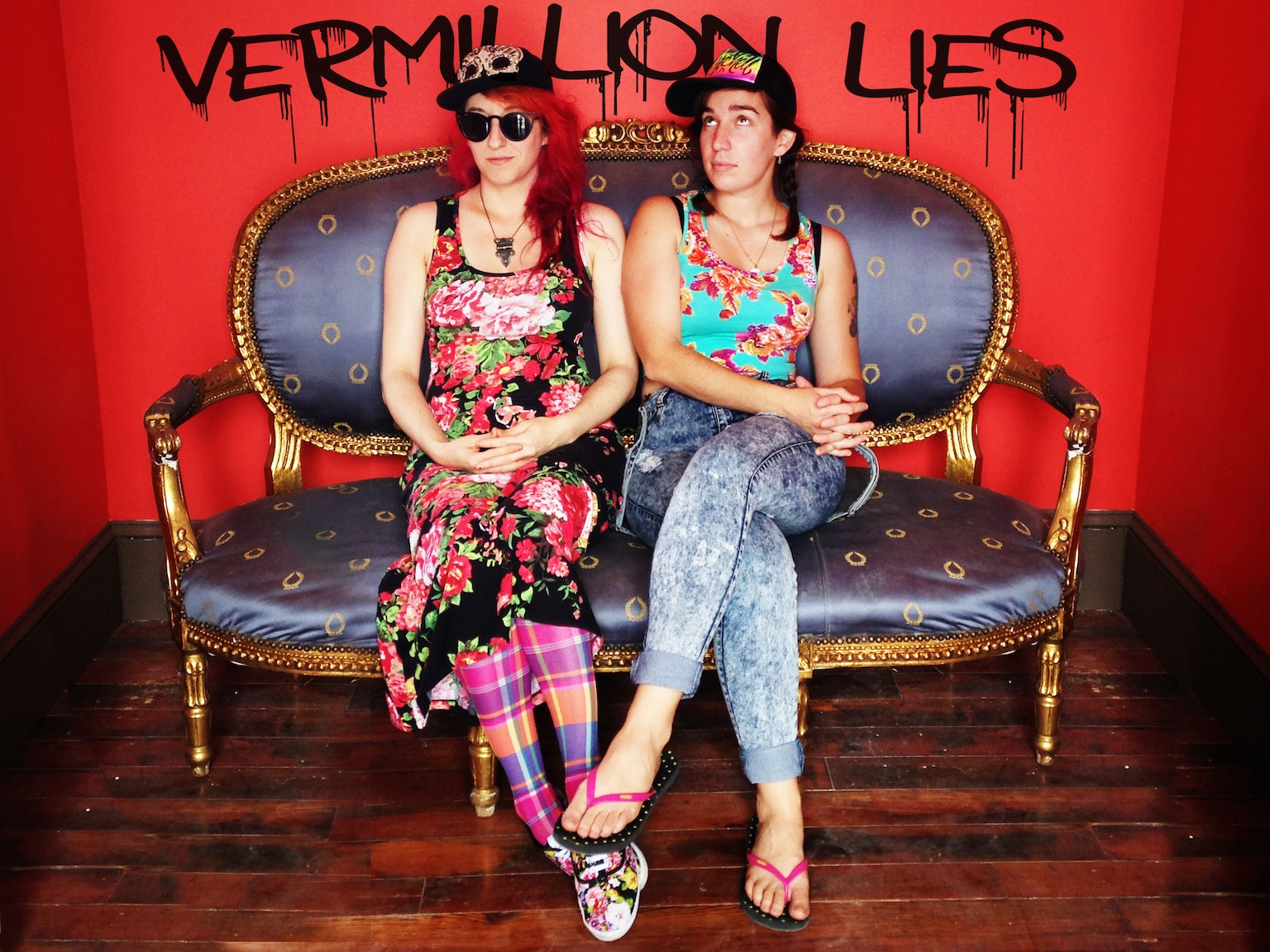 Vermillion Lies, Sister Magic – This band, comprised of sisters Kim and Zoe Boekbinder, went defunct in 2009, and apparently they didn’t even talk to each other for a few years after that. Nothing breaks up relationships like playing music together, I guess. I’ve been keeping up with their solo work, and now they finally did some more music together. It’s only four songs, but they’re quite enjoyable. Their voices blend well. As with much of their other recent work, the sound is more electronic and less cabaret-inspired than their earlier stuff. You can purchase this album at Bandcamp.