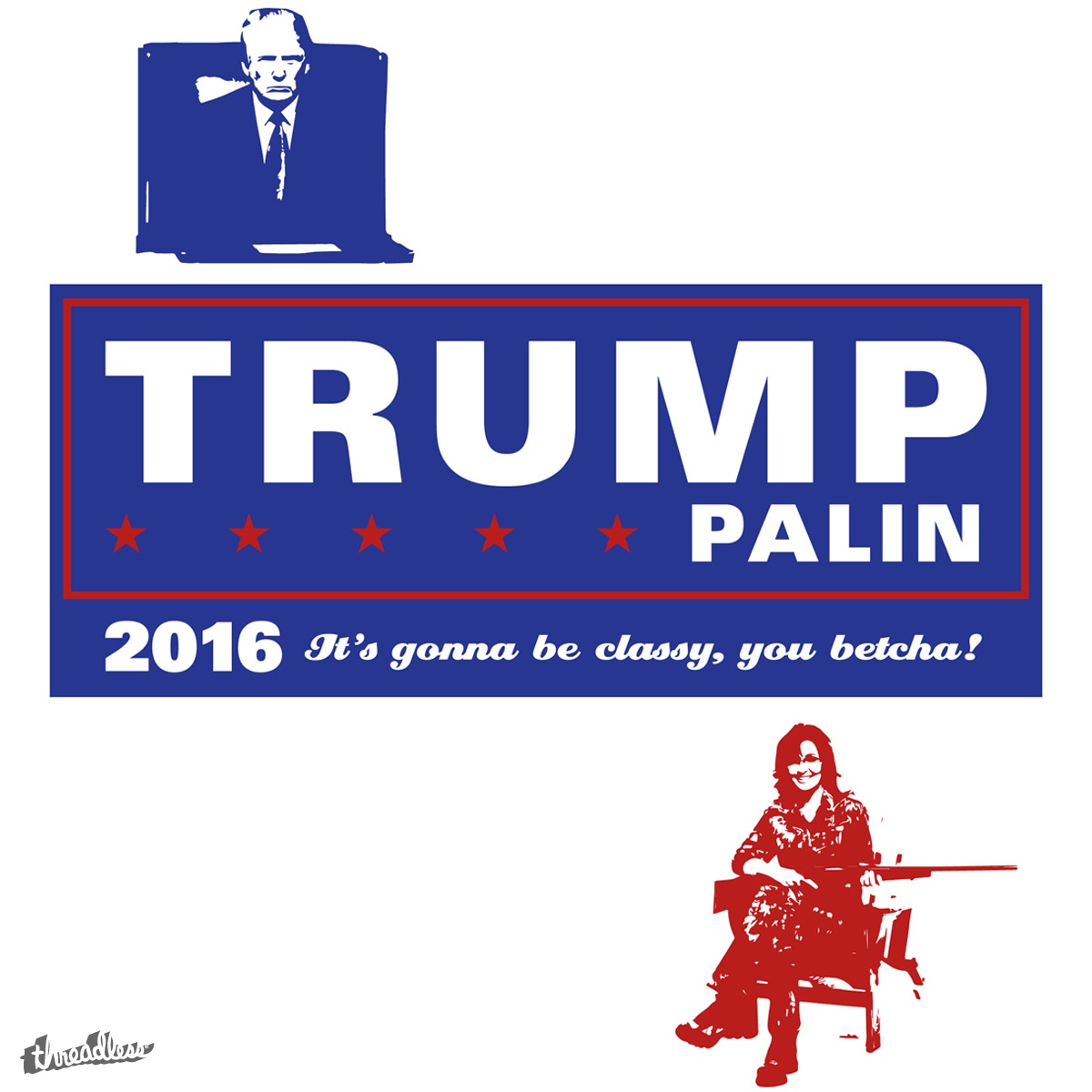 Sarah Palin promoting Donald Trump makes a lot of sense. Even though one’s from the country and the other from the city, they have a similar speaking style: abrasive, offensive, mostly nonsensical, in a strong regional accent, and seemingly confident. They’ve basically determined that the words don’t matter as long as it sounds like you mean them. Is it just me, though, or has Palin gotten even more shrill over the years? She didn’t show up with him this morning, however. This, by the way, is happening concurrently with her son Track being arrested for domestic abuse and carrying a firearm while intoxicated. Strange, I didn’t even realize that was illegal in Alaska. Anyway, I don’t think Trump actually means most of what he says, and I’m not even sure Palin UNDERSTANDS what she says. Do I really think Trump would ban all Muslim immigrants and not allow citizenship for people born here if their parents weren’t, even if by some miracle he could actually get Congressional approval? Probably not. But the fact that this kind of rhetoric goes over so well with large groups of Americans is incredibly disturbing. It makes for good television, at least when it doesn’t make me want to poke out my own eardrums; but I’m dreading a Trump presidency, and he’s not even my least favorite candidate. Trump has recently been going after Ted Cruz, who I think might be his runner-up in the polls, even though that changes frequently. Cruz was born in Canada, and while Trump doesn’t care, he knows the Democrats will use it against him. Well, that’s what he says, anyway. I’m actually not sure why Cruz WOULD qualify to be President; it’s not like he was born on a military base like John McCain. On the other hand, doesn’t it seem like, if this actually disqualified him, he would have been called on it a long time ago? Bringing this up so late into the game strikes me as a rather desperate tactic. Of course, this was the same guy who jumped on the Obama Birther bandwagon some time after he’d already been sworn in. Yeah, he was born in Kenya, but no one realized this until Trump suggested it.

I guess that’s a look into the mind of a conspiracy theorist, though; they all think they’re somehow privy to information no one else (or at least no one else with any actual credentials) has. Not that I think the natural-born citizen requirement makes any sense anyway. It’s an archaic idea suggesting people who weren’t born in the country aren’t going to be loyal to it. Is there any evidence suggesting this is true? Hey, if someone purposely moves here, you’d think it’s probably because they LIKE the country.

Speaking of immigrants, people are still making the argument that the reason Americans don’t get jobs is that they’re all going to the undocumented. I have to suspect that’s only true for a very small amount of jobs, and not very good ones at that. Still, the less competition you have, the easier it is to get a job, right? Well, unless they decide not to hire anybody, which I’ve seen happen sometimes. But really, should the circumstances of your birth matter more than how qualified you are for the job? Even if it would reduce competition in the job market, it’s a pretty sleazy way to do it. I mean, everybody needs to make a living. There might not be enough jobs to go around, but I think that’s a worldwide problem, not just an American one. Yes, outsourcing causes problems, and it would be nice if companies had to pay the same wages no matter where their factories were. But part of the shortage is also due to automation, and to people simply not hiring employees. The problem with the job creation concept is that a business owner is only going to create jobs if they think it’s beneficial to them. Simply giving businesses tax breaks and fewer regulations isn’t necessarily going to make them want to hire more people. So no, mass deportation isn’t going to put America back to work, and it would be a financial and logistical nightmare. But then, there’s a lot of dehumanizing going on in the Republican Party. About the only thing I can actually remember Martin O’Malley saying was about how Republicans love the phrase “boots on the ground” (although the phrase seems to be pretty popular among Democrats as well), which is basically reducing a human being to a pair of boots.

And we’re supposed to believe these people actually care about unborn babies?