Tanit was the chief goddess of Carthage, the one-time greatest rival of the Roman Empire. The city was founded by immigrants from Phoenicia, and was probably a Phoenician colony before turning to self-rule. 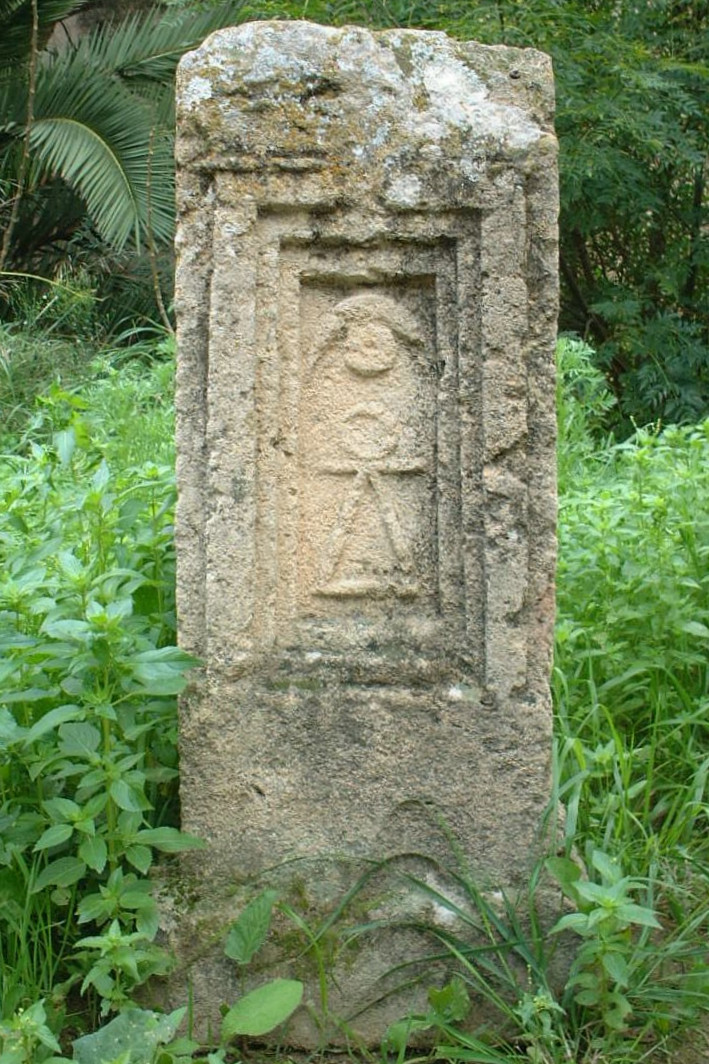 While Tanit is mostly associated with Carthage, which was located in what is now Tunisia, there’s some evidence that she was worshipped in Phoenicia as well. She was regarded as the consort of Baal Hamon, and her titles included “Name of Baal” and “Face of Baal.” It appears that she eventually eclipsed her husband in popularity, which I guess is bound to happen when you’re the public face of the administration. Now I can’t help imagining her as Eleanor Roosevelt, trying to disguise the fact that Baal suffers from polio.

She was the protector of Carthage, and a fertility and maritime deity. Tanit might have been a version of the goddess Astarte, although some temples clearly identify them as different, if related, individuals. Others, citing the similar name, think she might have derived from the Semitic war goddess Anath. It seems to me that most of these goddesses were pretty similar, although maybe that’s because we aren’t privy to the details that originally distinguished them. As Tanit was Queen of Heaven, the Greeks associated her with Hera, and the Romans called her Juno Caelestis. Her worship continued after the fall of Carthage, spreading into Spain, Malta, and Sardinia. Elegabalus, a third-century Roman Emperor from Syria, had a statue of Tanit installed in a temple to Juno. One symbol frequently associated with Tanit was a crude drawing of a woman in a dress with outstretched arms, made up of a triangle and a circle with a bar in the middle.

As with other Semitic deities, Tanit was said to be a frequent recipient of child sacrifice. Most of these accusations were presented by their opponents in Judea and Rome, so their authenticity is somewhat in doubt. That said, it is possible that children were sacrificed to Tanit in times of crisis, or that babies who died of natural causes were used as sacrifices.