Toy Story 2 – The sequel to Pixar’s first full-length film delves a little deeper into the world of sentient toys, reflecting on the relationship between toys and their owners, and bringing the theme of space toys replacing western ones to the forefront. Woody discovers that he was the main character in a popular television show that was canceled when the Sputnik launch resulted in a shift in kids’ interests. 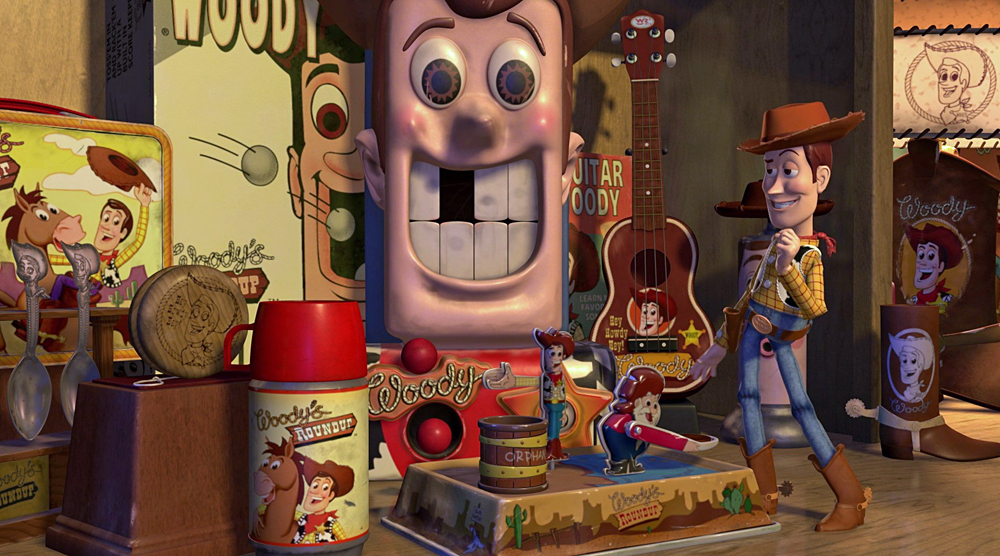 When Woody rescues a penguin with a broken squeaker from being sold at a yard sale while Andy is away at cowboy camp, the local toy store owner steals him in order to complete a set that he plans to sell to a museum in Japan. The other human toys in the set, Jessie the Yodeling Cowgirl and the Old Prospector Stinky Pete, both have tragic back stories that have soured them on the idea of being playthings, Jessie having been given away by her owner and Pete never having been bought at all. The other character there is Bullseye, a horse who acts like a dog, much like Maximus in the later Tangled.

Buzz Lightyear leads a party made up of Ham, Rex, Slinky Dog, and Mr. Potato Head to save Woody, and they cause several traffic accidents on the way.

Other new characters are a second Buzz and his arch-enemy Emperor Zurg, both accidentally released from their boxes at the store. 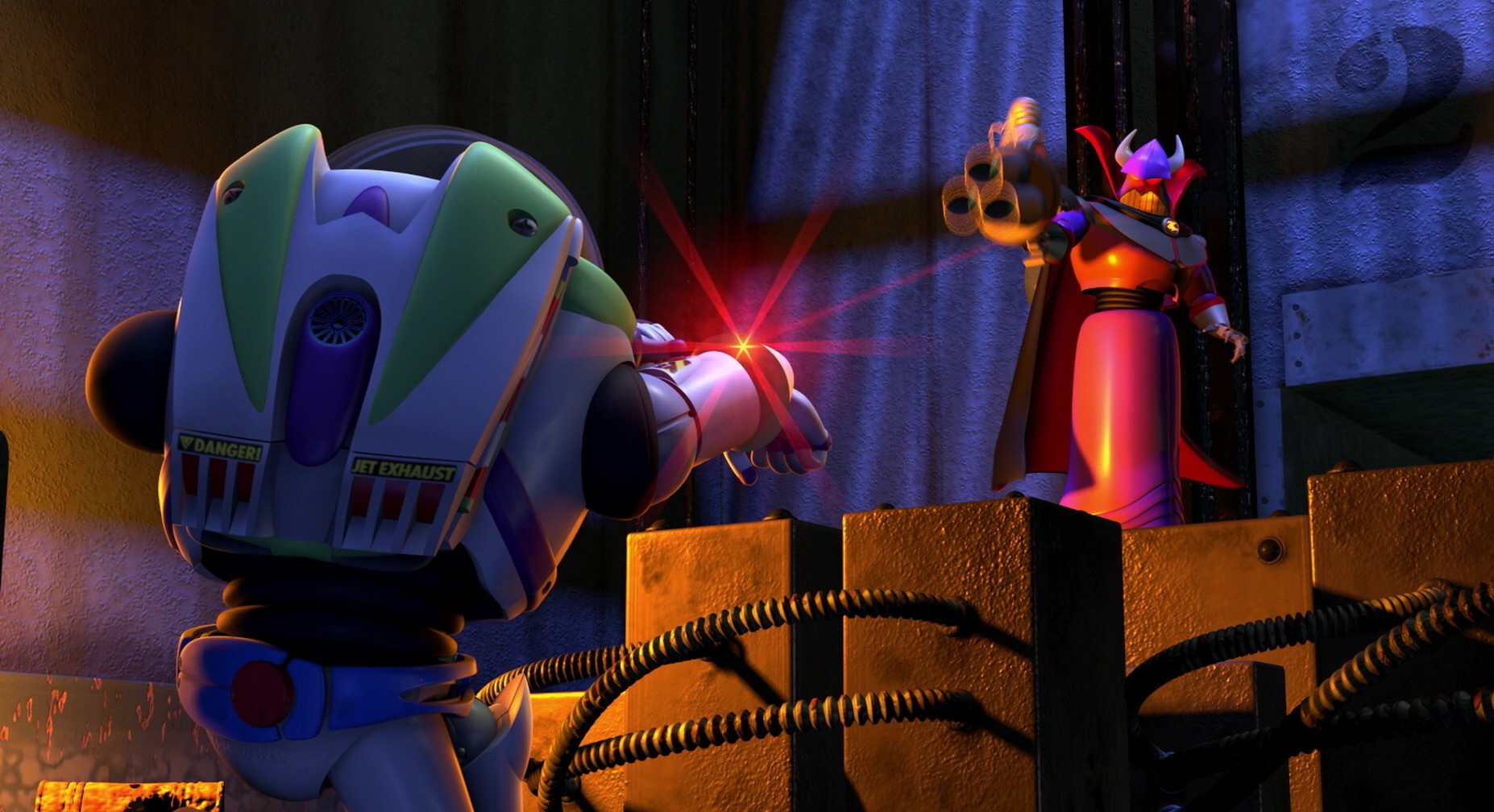 This Buzz is still convinced he’s a Space Ranger, as the other Buzz was in the first movie. What’s kind of odd about that is that he’s on a toy shelf with a bunch of other Buzz Lightyears, yet still believes he’s the real one. It does lead to a good spoof on the frequently-parodied “I am your father” bit from The Empire Strikes Back. Also, if Buzz and Woody were both TV show merchandise, why was one of them aware of the fact and the other not? The film also plays on the idea of toys not necessarily being exactly like you’d expect with the Prospector, voiced in a soft-spoken, erudite manner by Kelsey Grammer, and being embarrassed by his portrayal as a clumsy idiot in the TV show. I’ve also noticed that media that bring household objects to life, they pretty much always have a desire to be useful to humans. This makes sense, as toys that aren’t played with and other objects that aren’t used are often thrown away or stuck in storage. On the other hand, being played with can also make it so they won’t last as long, as seen when Andy rips Woody’s arm. At one point, Jessie and Pete draw an analogy between the toy/child relationship and domestic abuse, an interesting take that seems to go against the general tone of the film. They both turn out to be driven by jealousy, but still. They also have a somewhat valid argument supporting going to the museum. Even though they would be behind glass and very limited in their idea to move around (well, unless some of the exhibits from the Night at the Museum movies helped them out), they’d be there for people to enjoy for many years to come. While you can’t really sympathize with Al the toy store owner, a guy who steals a kid’s toy in order to make money, I do feel kind of bad for the museum not getting their exhibit.

Also, all of the other toys in the set, for which Al presumably did pay actual money, end up with other kids. Mind you, he probably had them insured. I was also struck by how risque some of the jokes were, especially with the Barbie dolls, making me once again wonder if toys are capable of sex (not that I want to actually see it, mind you; I’m sure I could find plenty of that kind of stuff on the Internet if I were so inclined).

Also noteworthy is that Randy Newman’s theme song from the first film now exists in-universe, both as a song Woody sang on the TV show and what the penguin Wheezy sings after getting a new squeaker, in Robert Goulet’s voice no less. 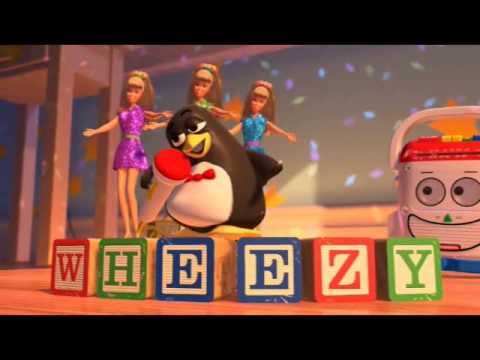 And the guy who restores Woody is Geri, the old man who plays chess against himself in a short shown before A Bug’s Life.

Overall, like the best of Pixar’s work, this one managed to be both funny and sad in turns. I think I still liked the first one better, but it was a worthy follow-up. I still haven’t seen the third one, which I hear is really dark.