In addition to Glinda’s army, there are a lot of armed forces that show up in minor Ozian countries. Many are simply palace guards, but there are some more specific military units as well. 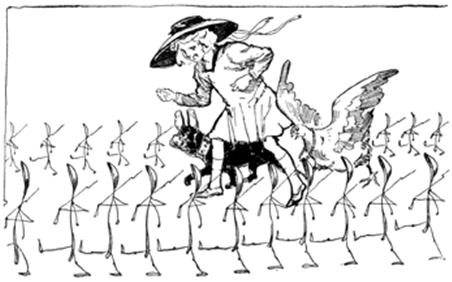 Utensia has the Spoon Brigade, made up of spoons armed with tiny guns that they insist are just as deadly as larger ones.

Queen Ann Soforth of Oogaboo raises her own small army in an ill-conceived attempt to conquer the world. After Private Files quits, she enlists Tik-Tok as the sole private soldier. This might be why Tik-Tok is the Royal Army of Oz in Return to Oz. While the army presumably disbands after the events of the story, tales written after the Famous Forty have her form another one when she doesn’t get her invitation to the Tin Castle, this time with Files as general. And she promotes Tik-Tok to general when briefly forming another army to disenchant Forgetville in Queen Ann in Oz. Phyllis Ann Karr’s Gardener’s Boy indicates that Queen Gloria has followed Ozma’s lead in reducing the military in Jinxland to one soldier, Corporal Dandoodle. 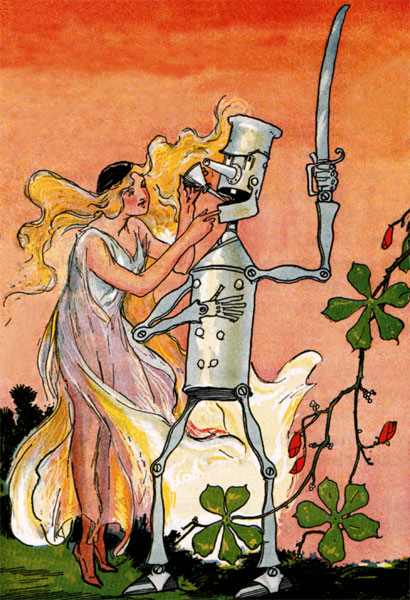 Captain Fyter must have been in some army prior to rusting, perhaps in the service of a Munchkin king. The royal guards in Pumperdink are led by General Quakes.

The Ragbadian Guards desert the kingdom when it falls upon hard times, with the exception of Grampa, a veteran and victor of 980 battles.

Baron Belfaygor of Bourne seems eager to knight anyone who pleases him. Corumbia and Corabia each have knights, and the Sultan of Samandra has his Camel Corps.

The wozard Ozwoz has an army of 10,000 mechanical wooden soldiers that he operates by remote control.

Gloma’s Invincible Black Watch is under the command of General Blotz.

Regalia has its frequently drilling Highland Guards. The Kudgers of Red Top Mountain have a formidable fighting force of bearded bowmen.

Halidom and Troth both have knights, but no actual armies.

They’re only allowed to settled their differences with jousting tourneys. Princess Melody’s water sprite subjects on the Winkie River include soldiers dressed in “silvery helmets and gauntlets of crystal-like mesh.”

And Kiltoon has its small band of Kilty Guards led by Sir Angus.

Most of these soldiers never actually do much in the way of fighting, but occasionally there will be an armed conflict within the Land of Oz. The first such that we see occurs when Jinjur conquers the Emerald City, and Glinda brings in her own army to drive her out and restore Ozma to the throne. 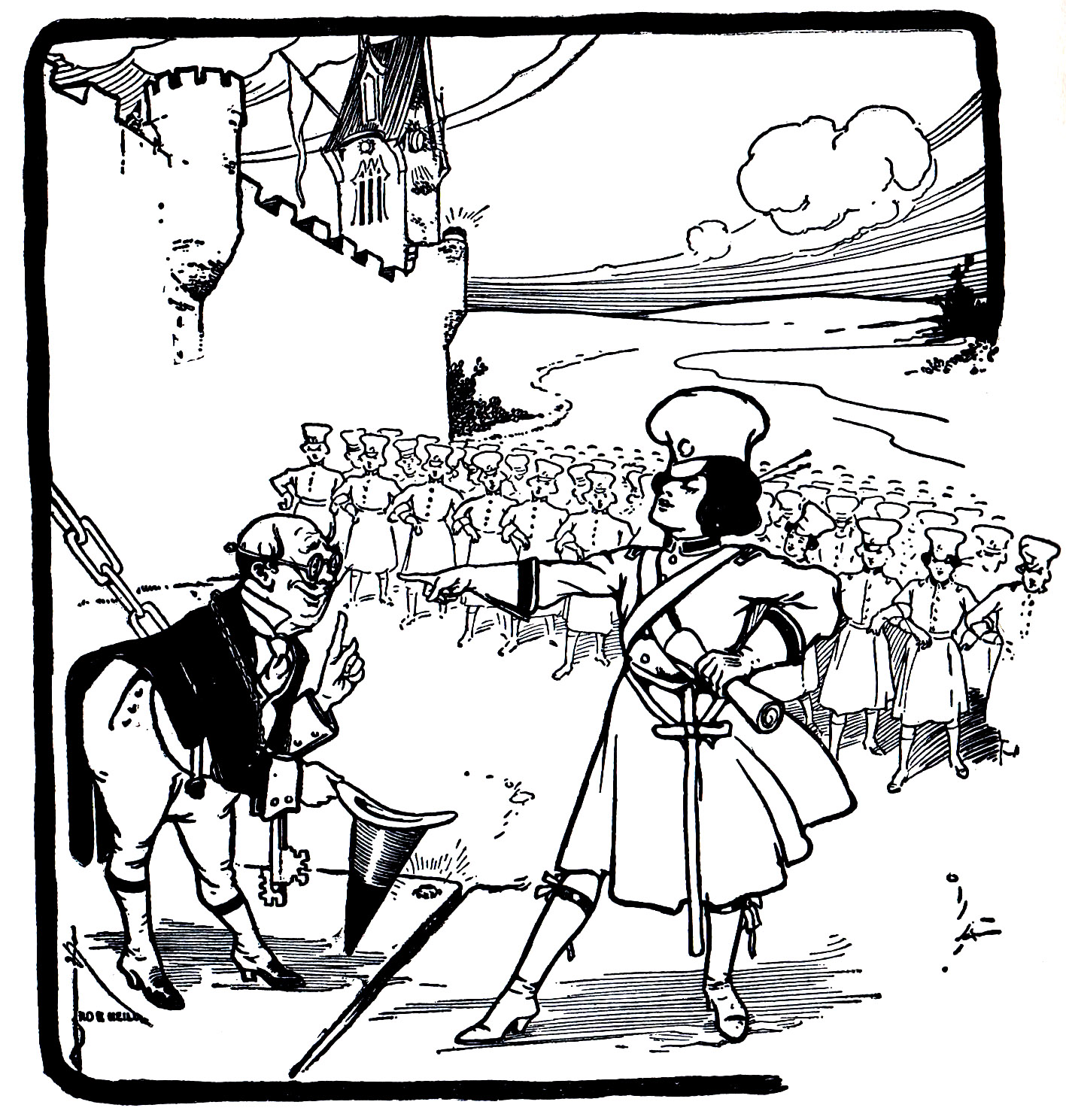 The Tin Woodman captures Mombi, who was helping Jinjur, in the form of a rose without even realizing he was doing so. When Glinda realized what had happened, she forced the wicked witch to restore Ozma to her true form. Jinjur officially declared war after this, but she was soon taken down when Glinda and Ozma flew over the city wall in the Gump.

The most famous conflict between smaller nations in Oz is that of the Hoppers and Horners, who declare war on each other constantly, but I’m not sure whether they ever get around to any actual fighting. When we see them in The Patchwork Girl of Oz, they go to war over a bad joke, but the visitors manage to talk them out of it. The Hoppers’ plan in actual battle is to use their arms to push back the Horners. Since Royal Book indicates that Glinda’s magic was required to stop their war, they might well have progressed further that time. Ruggedo and Kiki Aru try to lead a rebellion against the Emerald City by the animals in the Forest of Gugu, but disagreements among the conspirators and the interference of the Wizard of Oz prevent this. In Glinda, Ozma and Dorothy travel to the northwestern Gillikin Country to prevent a war between the Flatheads and Skeezers. The Supreme Dictator of the Flatheads and his wife Rora aim to poison the fish of Skeezer Lake in order to kill the Three Adepts and remove Queen Coo-ee-oh’s power. Fortunately for the Skeezers, their domed city has the power to submerge in the lake, as well as a fleet of magical submarines.

The Flatheads use Rora’s poison on Coo-ee-oh, and it turns her into a diamond swan. With help from Ozma and Glinda, the two nations make peace, and the Su-Dic is removed from power in favor of the restored Adepts. Jack Pumpkinhead tells of Baron Mogodore the Mighty of Baffleburg, who uses his army of 1000 men on horseback to terrorize neighboring baronies, and eventually rides off to conquer the Emerald City.

Finding the members of Ozma’s court playing blind man’s buff, Mogodore’s men are quickly able to capture them, but Jack uses the Forbidden Flagon to eliminate them as a threat.

The Sultan of Samandra is confronted and punished by Ozma before he can attack Corumbia. In Ojo, Glinda’s Great Book of Records mentions a war between the Grigs and Twigs of South Mountain, but no more details are provided. The Bell-Snickle leads a small army of walking trees to conquer the capital in Scalawagons, but he’s quickly thwarted.

Melody Grandy’s Tippetarius also has an invasion from within Oz, this time the barbarians known as Rimmers taking over the Emerald City, aided by their Queen Celestia’s shrinking magic. Zim Greenleaf manages to save Ozma and her court. The recurring theme here seems to be that the Emerald City is really easy to invade, but incredibly difficult to hold on to. That’s still the case when dealing with foreign invasions, but that’s a subject for another post.