For an anniversary present, Beth bought us tickets to see Disney’s Aladdin on Broadway, and Tavie (a Disney and Broadway aficionado) went with us as well. The main attraction at the show is James Monroe Iglehart as the Genie; he won a Tony for it in 2014. 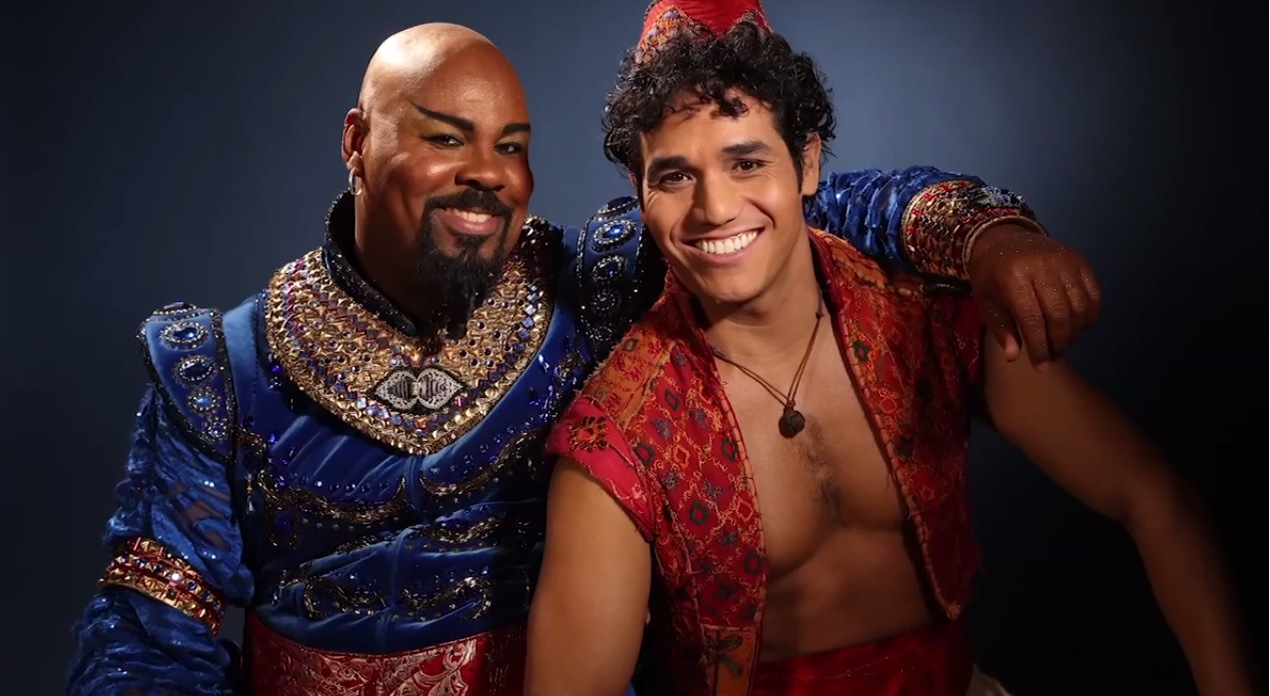 He doesn’t do impressions like Robin Williams, but he does pretty much everything else. The guy is an amazing performer. The show was a lot of fun even when he wasn’t on stage, though. It was pretty faithful to the movie, but with some changes to make it work on stage. The human-like animal sidekicks were out, with Iago becoming a human whom Jafar accused of parroting everything he says. Aladdin was assisted by his friends Kassim, Babkak, and Omar, who actually did appear in an earlier version of the script. I don’t know whether Abu was in the story at that point, but in the play they had much the same role in a more human fashion. Babkak, the short, chubby one who made a lot of food puns, kind of reminded me of Jason Alexander, who did voice a different character in the direct-to-video sequel and animated series. Jonathan Freeman reprised his role as Jafar from the movie. And while the Sultan had a lot of the same lines, he came across as much less of a man-child. I noticed a nod to the original story in Jafar pretending to be Aladdin’s uncle when tricking him into retrieving the lamp. Some of the original Howard Ashman songs were brought back for the show, including “Proud of Your Boy,” which is sung by Aladdin to his late mother on a few occasions. In addition to being funny and excellently performed, the scenery was very colorful and appealing.

I’m glad I got to see it. It seems like most Disney animated musicals are being turned into Broadway shows these days, but this is the first one I’ve seen. The subway has a lot of ads for The Lion King, which really looks a bit too abstract for my tastes, but that’s not to say I wouldn’t see it if I had the chance.