A Shekel a Dozen 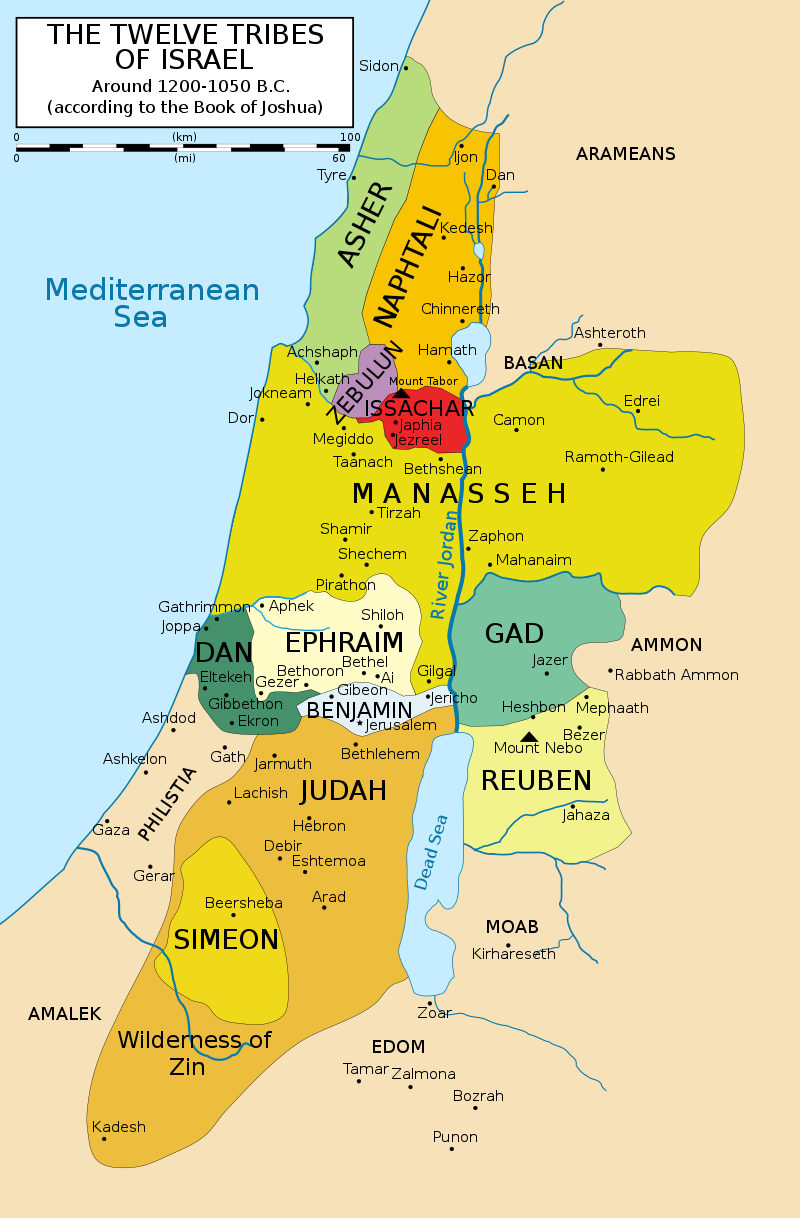 It’s well attested that ancient Israel was made up of twelve tribes, but exactly what those tribes were varies from one list to another. Typically, they’re said to be Reuben, Simeon, Judah, Zebulun, Dan, Gad, Asher, Naphtali, Ephraim, Manasseh, and Benjamin. Some lists include Levi, which didn’t have any land of its own (although it did have control over some cities in the territories of other tribes); and those generally combine Ephraim and Manasseh into Joseph to retain the number twelve. In Revelation, Levi, Joseph, and Manasseh are all included, but Ephraim and Dan are not. Some have taken this to be an indication that the Antichrist would be from the tribe of Dan. Or maybe John of Patmos just didn’t double-check his work. Preserving the number twelve was apparently more important than consistency. Some of these tribes were much more prominent than others, and the idea of all of them co-existing might be more of an ideal than a reality.

The Biblical account has it that these tribes were all descended from Jacob, who was given the alternate name Israel after wrestling with God.

With two wives and two concubines, he had twelve sons, including Levi and Joseph. He favored Joseph, the son of his preferred wife, and his jealous brothers did what anyone would do in that situation, and sold him into slavery. 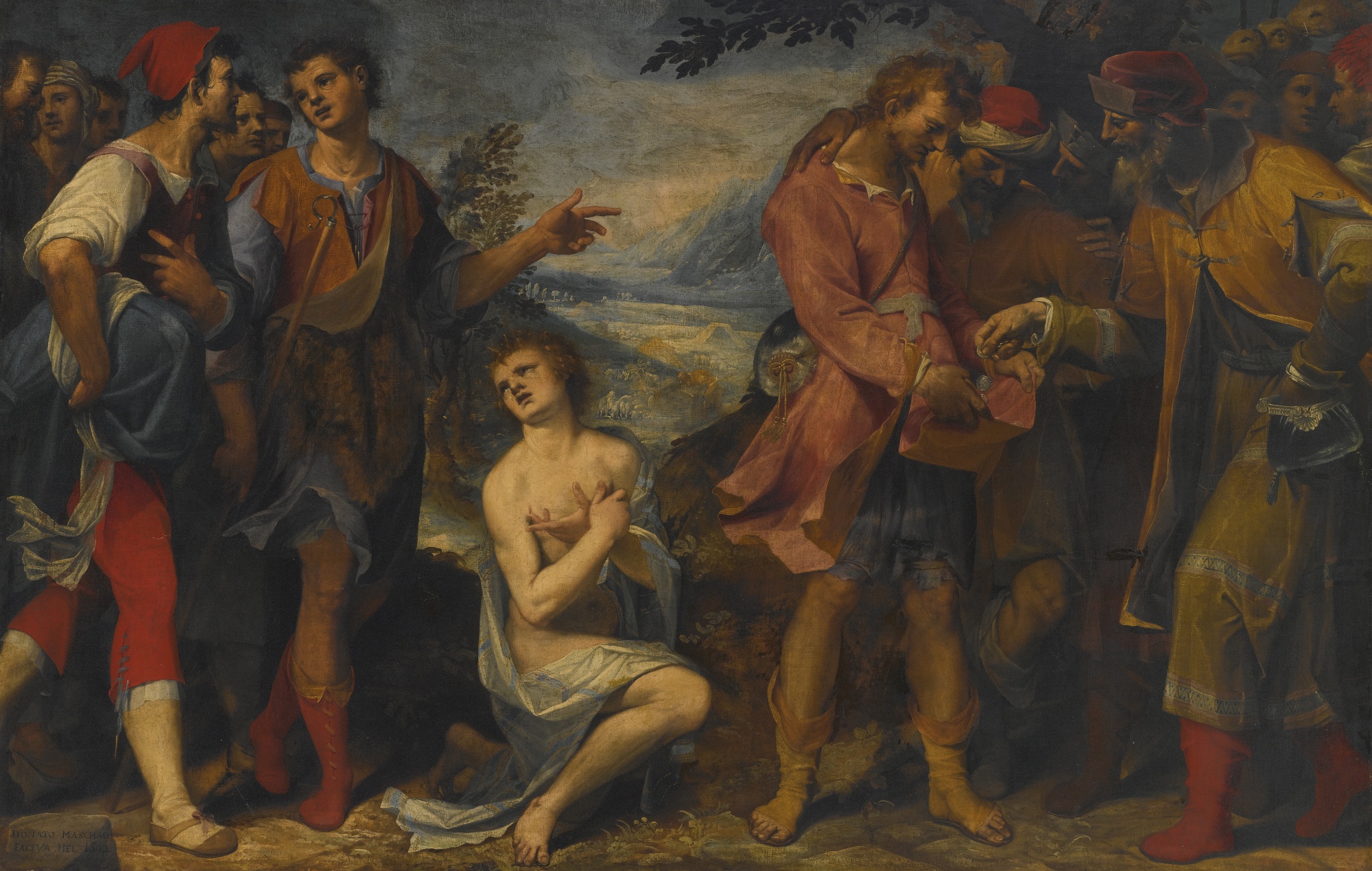 Okay, that’s hopefully not what jealous siblings normally do, but the story does present Joseph as having been pretty arrogant. He works for a guy named Potiphar in Egypt, and eventually becomes the Pharaoh’s vizier. After messing with his brothers for a bit, he allowed them to live in Egypt with him. Some four centuries or so later, their descendants departed Egypt and returned to Canaan, where they conquered much of the land. Taking this at face value, the tribal system was apparently instituted in Egypt, then each tribe was given its own land in Canaan. That seems rather far-fetched to me. Why would they have divided into tribes in Egypt when they were apparently all living in the same region? In mythology, nations are often given an eponymous ancestor or founder. In Greek mythology, the Hellenic peoples were descended from Hellen, son of Deukalion and Pyrrha, survivors of the great flood that wiped out most of humanity. Other mythical people who had nations named after them included Libya, Aigyptos, and Tros. In such myths, these ancestors could be both characters in their own right and stand-ins for their nations. Jacob tricking his brother Esau out of his birthright is believed to stand for the relationship between Israel and Edom, a neighboring country that Israel would make a vassal state.

By this interpretation, Joseph’s dominance over his brothers represents how the Joseph tribes (particularly Ephraim) became the most powerful in the confederation. Reuben and Simeon, the two eldest sons, were important tribes early on, but soon dwindled in power. Simeon ended up being absorbed into Judah. According to Genesis, this is because Reuben had sex with his father’s concubine, and Simeon and Levi led the massacre of the inhabitants of Shechem. There was also probably some significance in the different mothers Jacob’s sons had, with the Leah and Rachel tribes perhaps having originally been separate confederations.

It’s interesting that, while the main narrative is concerned with how Joseph became the leader, there are references to Judah being a ruler. It’s commonly thought that Genesis is a combination of several different texts, some from the northern kingdom of Israel and others from its neighbor to the south, Judah. 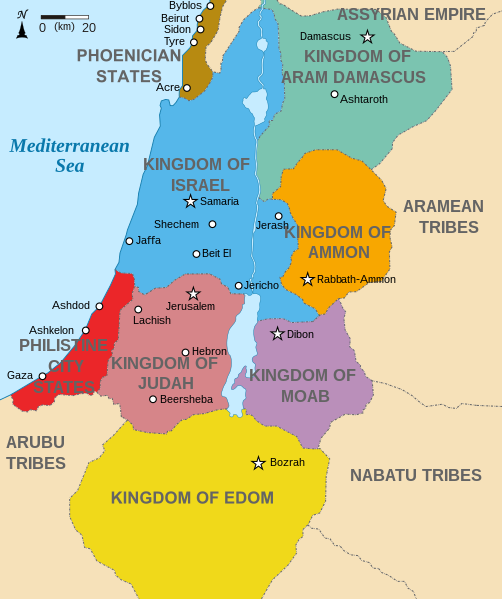 The northern country was the more powerful one by far, but it was conquered by the Assyrians, leaving Judah as the sole practitioner of the worship of Yahweh. Even after being taken over by the Babylonians, its inhabitants maintained their Jewish identity. The notion of the Ten Lost Tribes became an important one in folklore, with inhabitants of just about every country claiming to be their descendants.

The number ten was arrived at by subtracting the tribes of Judah and Benjamin, which formed the nation of Judah. This is supported by the text of 1 Kings 11:31, but I don’t think it could have been accurate. Reuben and Simeon were also in the south, and presumably no longer existed as political units at this point. So at the most, we’d be looking at a lost EIGHT tribes. These tribes probably actually assimilated into Assyrian culture, although the Samaritans who lived in the area claimed that theirs was the true form of the religion of Moses. The rulers of the Kingdom of Israel were from the tribe of Ephraim, and the Deuteronomistic History doesn’t have much good to say about them. The redactors of the story couldn’t very well significantly alter the Joseph tale, which would presumably have been well-known; but they could add in references to make Judah more prominent. Jacob and all his sons settling in Egypt could also have been an attempt to tie together two traditions, in this case that of Jacob as patriarch of Israel and the Exodus story. All of the tribes being descended from the same guy would have been propaganda to promote the idea of a unified nation made up of all twelve tribal territories. It’s probably more likely that the tribes were originally separate units that were eventually brought together by a central government in order to best stand against threats. For that matter, I’ve seen doubt cast on the idea that Saul, David, and Solomon really ruled a union of all twelve tribes, this instead being a hopeful view for a future in which the House of David would rule over the entire territory. 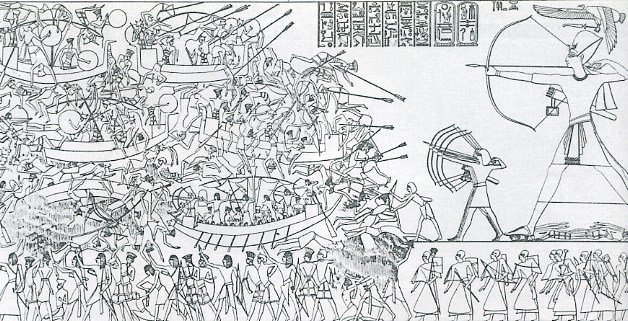 I read some books before that suggested the tribe of Dan might have been displaced Greeks. It’s certainly not impossible, as the Sea Peoples who invaded Egypt and the Levant are often thought to be at least partially Greek in origin. Mentions of Dan in the Bible pretty much always associate it with ships and seafaring. Samson, who is said to be a Danite, has a story like those of Greek heroes, and hangs around with the Philistines. The land of Dan is said to have originally been adjacent to Philistia, although the tribe would later relocate to the far north of Israel. The problem is that, at least as presented in what I read, one of the main pieces of evidence was the similarity of the name Dan to that of the Danaans or Danaoi. The myth behind this group is that Danaus, brother of the King of Egypt, became king in the Greek city of Argos. The name later came to refer to the Greeks in general, and one of the groups of Sea Peoples are the Denyen. Really, though, is this one syllable enough to draw a connection? By the same rationale, you could say that the tribe of Dan is related to the Tuatha De Danann of Celtic mythology. And sure enough, there’s a theory that the Danites eventually did settle Ireland. These “Dan” connections can be readily found on the Internet, but I don’t know of any actual historians putting much stock in them.

3 Responses to A Shekel a Dozen