Where Virtue Is Victorious When looking at a Tor article about mapping fantasy lands, which I previously looked at here, I noticed that the description for post-Wizard Oz gave it a Virtue level of two, defined as “Overriding harmony in world, active championing of human/being rights, but still threatened.” We know that things don’t change much in Oz. Bad stuff can happen, but it never lasts. Indeed, after L. Frank Baum returned to the series after taking a few years off following The Emerald City of Oz, Ozma’s administration has access to a picture that can show whomever or whatever someone asks it to, a book that records everything that happens, and a belt that does pretty much whatever magic the plot requires. For a villain to come close to succeeding, they generally have to have powerful magic of their own, a cunning plan to evade Ozma and Glinda’s magic, or sheer dumb luck. Oddly, Ruth Plumly Thompson, who reinforced the idea of Oz always returning to the status quo in her books, has the Unicorn Queen Roganda say in Ojo that, “Nothing is ever the same. That is what makes life interesting.”

Not only does Oz thrive on many things staying the same, but even the minor change that occurred in that particular book (Ojo moving out of the Emerald City and in with his parents in Seebania) is more or less negated by John R. Neill and Jack Snow.

Mind you, I grew up on cartoon series in which the villains never won, but the heroes never killed or captured them either, so there was basically always a stalemate at the end.

At least Ozma generally either tries to render a villain harmless or reform them at the end of an Oz book, even if it’s not always ultimately successful (as with the Nome King).

Interestingly, Narnia under Aslan’s control is given a higher Virtue score, even though it’s also still threatened. That’s the case in The Silver Chair and The Horse and His Boy, anyway; there’s an Aslan-approved ruler on the throne, so the good guys essentially have the upper hand, and have to stave off invaders. The Lion, the Witch, and the Wardrobe and Prince Caspian, on the other hand, have Narnia start out under the control of villains. I should think having Almighty God on a fantasy land’s side would be better than Magic Picture, Great Book of Records, and Magic Belt combined; but it doesn’t really seem to work out that way. That’s really the case with just about any spiritual warfare narrative, however. God, or whatever name you use for the Forces of Good, can easily defeat any challenge, but for some reason allows evil to thrive.

I suppose it makes sense to followers of religions that use this model, but I can’t say it does to me. It kind of applies to Baum’s fairylands as well, as The Life and Adventures of Santa Claus tells us, “But it is the Law that while Evil, unopposed, may accomplish terrible deeds, the powers of Good can never be overthrown when opposed to Evil.” Even when Good is dumb?

Oz, at least after Land, is a place where the good side always has the upper hand, and while not all-powerful, will pretty much always win. I’ve mentioned before that I was kind of hoping for something more like that in the most recent Star Wars film. Obviously there had to be wars among the stars, but did they really need to give us another evil government and return Princess Leia and Han Solo to being a rebel leader and smuggler? I’m not saying the galaxy should have been utopian, just that the good guys should have a chance to be in control for once. The prequels took more of a third direction, with the galactic government being corrupt but not strictly evil, and the corruption allowing evil forces to take control. It’s much the same way with Harry Potter. While I’m not quite as familiar with Star Trek, I get the impression that worlds under the United Federation of Planets are generally peaceful except when threatened by outside forces. Come to think of it, there’s also a lot of restoring the status quo in that franchise, as with Kirk in the first few movies. Of course, people can and do question how good the good characters really are, and the same with the bad ones; but it’s generally pretty clear in fantasy universes whether the writers intend for those in control to be moral, immoral, or amoral. All of them can certainly work, but there’s probably a reason why the ones where love and peace generally triumph are often the ones I find myself coming back to frequently. Then again, there’s also some appeal to total chaos. 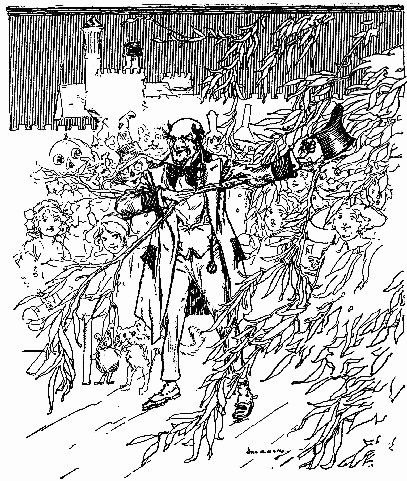 5 Responses to Where Virtue Is Victorious