This Cracked article repeats a story I’ve heard elsewhere, about how Donkey Kong kidnapped Mario’s girlfriend because the plumber abused him.

It credits “the manual” for this information, but it doesn’t say which one (the game was ported to a lot of different systems, and arcade games don’t have manuals), and links to a book that’s not officially affiliated with the game. What they didn’t make up was that Donkey Kong was supposed to have been Mario’s pet, something Shigeru Miyamoto confirmed in a 2000 interview. I really wouldn’t know why Mario has a pet ape. This was around the height of the popularity of Koko, so maybe he was trying to teach DK sign language. Mario DOES feature as the villain in Donkey Kong Jr., in which he puts the gorilla in a cage in the jungle, then does everything he can to stop his son from rescuing him, while brandishing a whip. 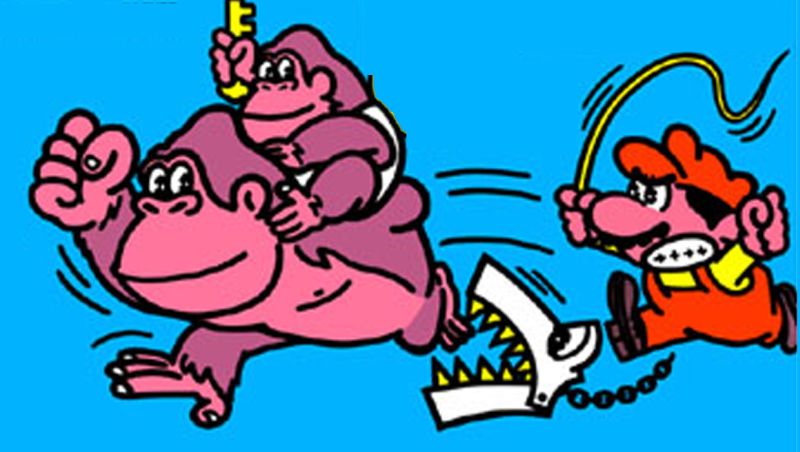 Miyamoto indicates that the game starts with Mario capturing the ape on a tropical island, which parallels King Kong, and the Kongs were established by the Donkey Kong Country series as living on an island. But wasn’t DK at the top of a New York construction site in the original game? Did he escape back to his home, and Mario sought him out in his helicopter? That’s some real Captain Ahab behavior there.

Also, doesn’t the opening scene show TWO Marios moving the cage? Maybe the second one is the unofficial first appearance of Luigi, only wearing red instead of green. There was also a Game & Watch game in 1984 called Donkey Kong Circus, which was actually pretty much the same as an earlier Mickey Mouse game with Mickey balancing on a ball and juggling batons, while Donald Duck looked on and reacted. The altered version has DK balancing on a barrel and juggling pineapples, with Mario taking the place of Donald. I don’t think it’s ever stated that Mario is forcing his pet to perform this act, but it isn’t all that difficult to come to that conclusion. Other “Mario is evil” sites and videos tend to focus on actions that are voluntary on the part of the player, like jumping off Yoshi and letting him fall into a pit in Super Mario World, and dropping a baby penguin off a cliff in Super Mario 64.

There’s also the question as to whether he abuses turtles. We’re told that the Koopa Troopas are Bowser’s soldiers coming out to fight him, but they don’t actually do much of anything other than walking forwards.

Hammer Bros. and Piranha Plants make actual attempts to kill Mario, but this isn’t really shown in the case of Koopa Troopas and Goombas. It’s also been noted that Mario looks like he’s hitting Yoshi in the head to get him to stick out his tongue, although I don’t think that was the intention.

Mario comes across as kind of jerky in Super Mario Land 3, in which Wario defeats Captain Syrup in order to get a giant golden statue of Princess Peach, and then Mario just comes by in a plane and takes it. 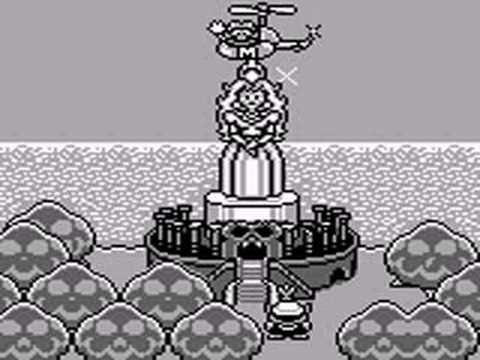 Since Wario is only in it for the money, I guess we can’t feel too bad for the guy, but it’s kind of an anticlimax. Speaking of Mario’s treatment of Wario, you might recall the Mario vs. Wario comic that appeared in Nintendo Power in 1993. Based loosely on Super Mario Land 2, it indicates that Wario saw Mario as a bully, although the red-clad hero doesn’t seem to have been aware of it.

It’s an interesting characterization of Mario, smug but perhaps not intentionally mean. It’s somewhat open to interpretation, though. Did the plumber intentionally trick the octopus, or was he actually clueless enough to mix up sugar and salt? I’d probably say the former is more likely, but he does seem genuinely surprised that Wario bears him any ill will, so who knows?

And in the Super Mario Bros. Super Show cartoons, Mario is heroic, but will also readily abandon his mission in order to eat. Hey, Maslow’s Hierarchy of Needs does put hunger above rescuing princesses from turtle monsters. But really, I don’t think Mario is mean-spirited, but I can buy him being oblivious at times. He probably thought DK LIKED juggling pineapples. DK Jr. might be an exception, but what hero doesn’t have some skeletons in their closet? 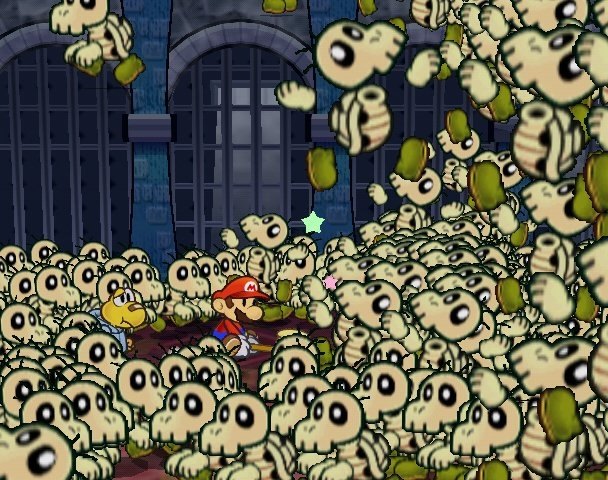