Baum vs. the Bible When we discussed John R. Neill’s Lucky Bucky in Oz on the old Nonestica mailing list, J.L. Bell mentioned how Bucky recalled the story of Jonah and the Whale when riding inside Davy Jones. Biblical allusions are uncommon in the Oz books and related works, but there are a few others. L. Frank Baum’s The Sea Fairies has King Anko claim that Adam measured him when Cain was a baby. He also mentions Nebuchadnezzar, who is attested to in sources other than the Bible, but it’s the Book of Daniel that Trot is referencing when she says he ate grass. 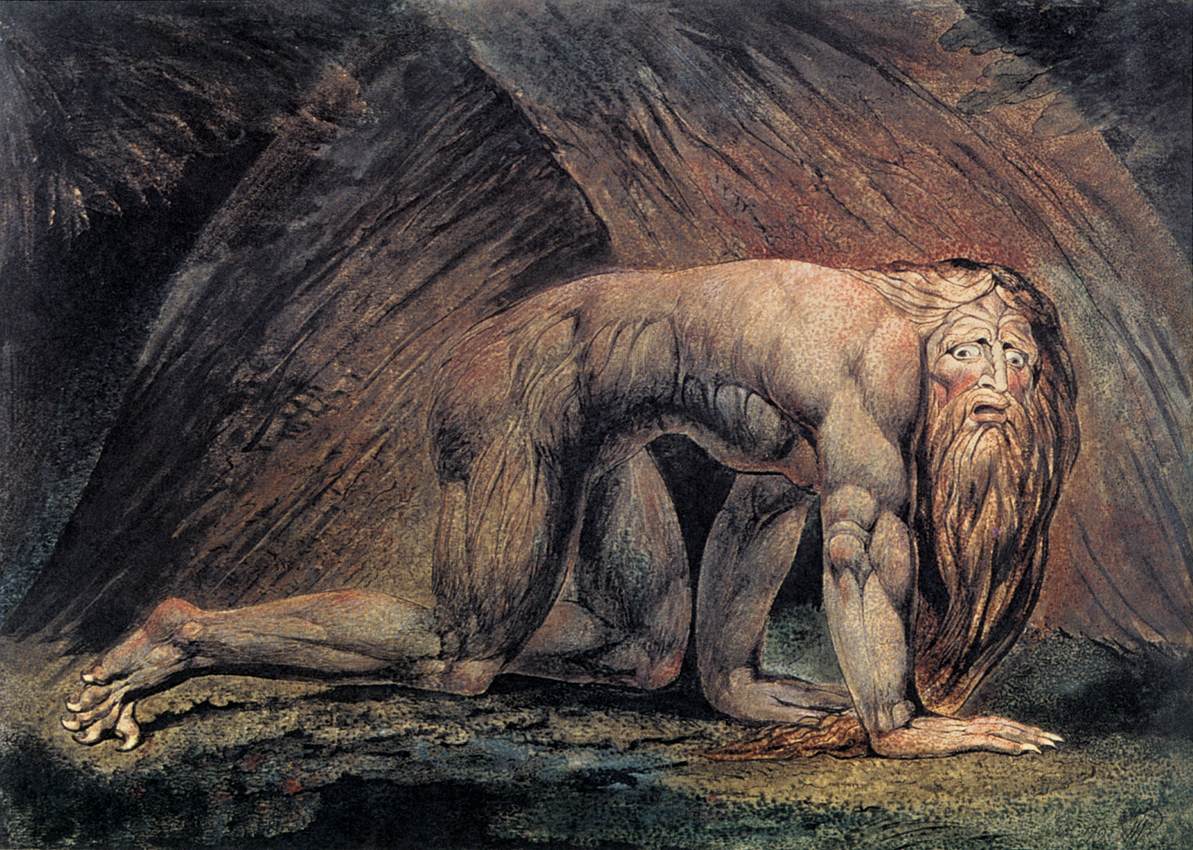 Anko, in his vaudevillian manner, says that the king’s name was actually Nevercouldnever, but “this new way of spelling seems to get everything mixed up.” What’s interesting, and I don’t know whether Baum was aware of this, is that there actually WAS somewhat of a spelling change in the man’s name. According to Wikipedia, his Akkadian name was Nabû-kudurri-uṣur. Earlier Hebrew references called him Nebuchadrezzar, but the less accurate “Nebuchadnezzar” later became standard. Sea Fairies also has the singing barnacles mention Jonah’s whale, Goliath, and Samson in their nonsense lyrics. In Queen Zixi of Ix, the chief counselor Tullydub refers to King Bud as “another Solomon” when he makes a judgment similar to that of the Judean king with the baby, although the King of Noland actually turns out to be wrong. Mother Goose in Prose has “The Wond’rous Wise Man,” featuring a character named Solomon because his father thought he would turn out to be wise. He actually gives absurd answers to questions, but people think he’s wise anyway. The American Fairy Tale “The Laughing Hippopotamus” reports that a family of African hippos “boasted a pedigree dating back beyond the days of Noah.” In Ruth Plumly Thompson’s books, Princess Elma’s toys in Hungry Tiger include Noah’s Arks, and King Ato says in Captain Salt, “If we bring any more animals aboard we might as well set up an ark and be done with it,” so he’s presumably familiar with some version of the flood story. And in Policeman Bluejay, there’s a reference to the Garden of Eden, which is equated to the Paradise located in the middle of a forest.

It is inhabited only by Birds of Paradise, although bees and butterflies live in the suburbs. An owl says of it, “There is a legend that man once lived there, but for some unknown crime was driven away. But the birds have always been allowed to inhabit the place because they did no harm.” While most birds aren’t allowed in, Twinkle and Chubbins visit while in the form of birds with human faces.

Baum never directly tied the Twinkle Tales with Oz, although he did suggest marketing Policeman Bluejay as “An Oz Tale.”

Although raised Methodist, Baum was known to have some issues with Christianity. He was influenced by his mother-in-law, who saw the church as a major contributor to the oppression of women. Baum and his wife joined the Theosophical Society, an organization that had some universalist tendencies in saying there’s some truth to all religions, but you can seek truth without actually following a specific faith. Theosophy also contained some occult elements, and we see hints of those in Baum’s books. I’ve often seen a quote from an 1890 editorial in The Aberdeen Saturday Pioneer: “The absurd and legendary devil is the enigma of the Church.” I don’t know the context or exactly what it means, whether he objected to, say, fire-and-brimstone sermons, or to a being who personified evil. When Baum was a member of a California men’s club called The Uplifters, he wrote a play called The Uplift of Lucifer. While the entire text apparently survives, all I could find of it online was this excerpt from the end, in which a fictional member of the club convinces the Devil to give up his job, as there is already enough evil on Earth without Hell being in play. Certainly, the idea that humanity creates evil itself instead of it being the product of supernatural forces is one that has some religious and philosophical support. And in “The Witchcraft of Mary-Marie,” the title character’s teacher outright dismisses the idea that witches sell their souls to Satan. While such references show up from time to time in Baum’s fantasies, they generally don’t make it into Oz itself.

Even immigrants from the Great Outside World don’t talk a whole lot about it, although Uncle Henry mentions his Sunday clothes in Emerald City, and Cap’n Bill flat-out refers to God in Magic. He’s also the one who says that Zog looks “worse ner the devil himself,” which the monster takes as a compliment.

6 Responses to Baum vs. the Bible