I recently wrote about the Greco-Roman personifications of the Morning and Evening Stars, which they didn’t realize at the time were both the planet Venus. They were the children of Eos, goddess of the dawn. While looking for information on them, I also came across some on their Slavic equivalents, the Zorya or Zorja. Myths are inconsistent on whether there are two or three of these sisters. Neil Gaiman used three in American Gods, but he admitted to making up the details of the third one, the Midnight Star.

She does appear to have some precedent, however. Their father is Dazbog, probably a solar deity, but no one seems to be entirely sure of this.

He was a popular god in the area, but not much is known of his deeds or how he was worshipped. Some online sources also associate him with fire, rain, and wolves. 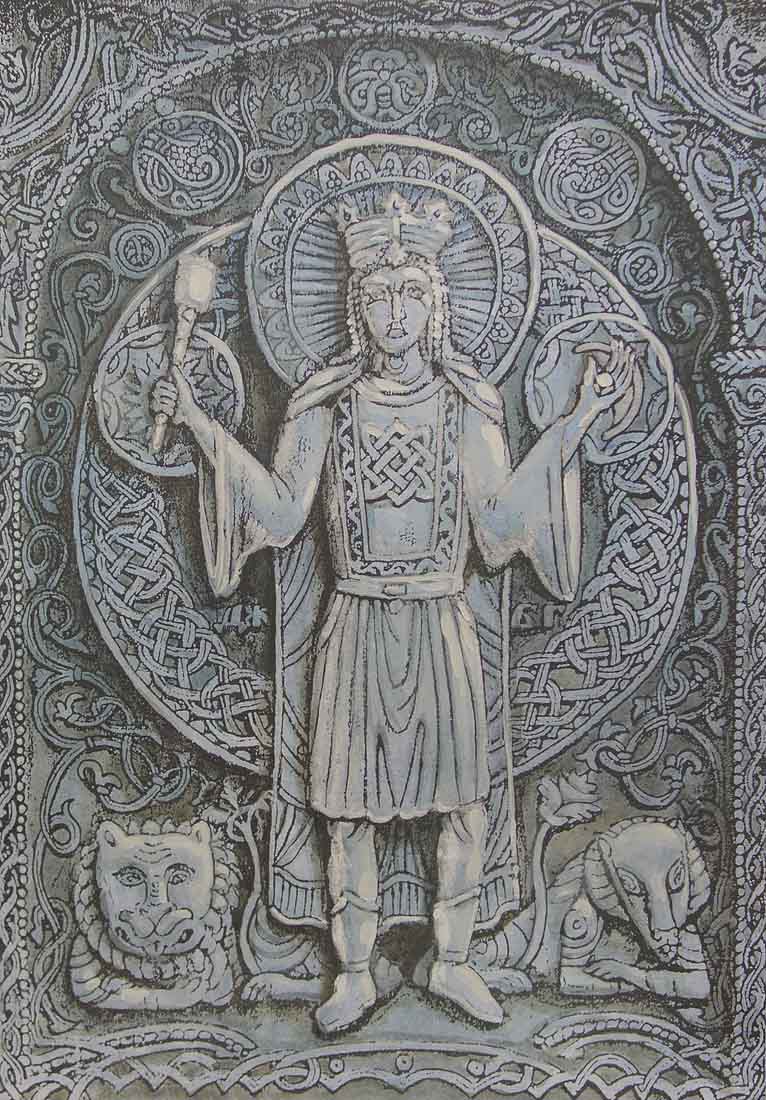 Zorya Utrennyaya, the Morning Star, opened the gates of Dazbog’s palace so he could make his daily journey across the sky. The Evening Star, Zorya Vechernyaya, closed it again at night. Dazbog and his daughters were apparently sometimes said to live on the mysterious island of Buyan, to which I say, “Buyan Island? I can’t afford that!”

These goddesses also had the job of keeping watch over the ravenous hound Simargl, who was chained to the North Star. 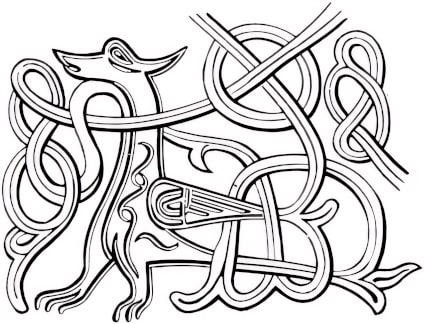 The dog’s goal in life was to devour the constellation Ursa Minor, which would lead to the end of the world. Things are always so turbulent in the stars in mythology. The connection to the wolves in Norse mythology who are intent on eating the Sun and Moon, and will finally do so at Ragnarok, has been noted. It seems like these never-successful monsters would find some new source of food that wouldn’t doom all life on Earth, but I suppose they’re creatures of habit. I also wonder why Simargl was chained so close to his intended prey. Utrenyaya was known as a warrior and patron of horses, and is sometimes said to be married to Perun, the Slavic thunder god who closely resembles Thor. She would accompany her husband into battle, and earthly warriors would pray to her for protection. Other sources say that both the Morning and Evening Stars are married to the moon god Myesyats, with whom they gave birth to all the other stars, and who is sometimes portrayed as female. Then there are myths that claim the Zorya are virgins, not that that always stops deities from bearing children.