I like to write about politics on occasion, but I tend to doubt I’m changing anyone’s opinions. That rarely happens anyway, and I’m hardly an expert on how other people think. With this in mind, it’s so weird to me when I come across people who are fans of Donald Trump and who really hate Hillary Clinton, and these aren’t always the same people. Yes, the two-party system sucks, but there seems to me to be a clear choice when one candidate is apparently determined to make the entire world despise the United States. I’d say Hillary is the lesser of two evils, but is she really evil? No, she’s not my ideal candidate. She comes off as a bit too hawkish, too connected with lobbyists, and rather patronizing at times. I voted for Bernie Sanders, and while he probably didn’t stand much chance of actually enacting his plans, I am hoping his popularity has caused Hillary to re-examine some of her positions. Even if she doesn’t, though, how is she worse than most other candidates? She might be the establishment candidate, but there are things worse than the establishment.

Some people will say “Benghazi” or “e-mails,” probably without even knowing exactly what those things entail. I’ve also heard suggestions that her husband cheating on her somehow makes HER untrustworthy, which makes no sense whatsoever.

Her opponents really seem to be grasping at straws, whatever they can possibly use to discredit her. Remember when the Swift Boat Veterans for Truth ran a smear campaign against John Kerry? I don’t know if that’s why he lost the election, but I’m sure it didn’t help. There didn’t even need to be any truth to the campaign; just saying it a lot was enough. Of course, even if the accusations had been true, Kerry didn’t lead the country into war in Iraq (although he did vote for it); but apparently that’s not important. It does sound like Hillary made mistakes with regards to Benghazi and her e-mail server, but why would these things disqualify her from being president? Was every other candidate’s record utterly spotless?

I love when Trump makes a point of saying “Crooked Hillary” is under investigation, when he also is for the Trump University scam, which strikes me as much more malicious than using a personal server to send work e-mails.

I don’t even get how anyone could think something called “Trump University” would be a good investment. If it were called “Stupid School for Jerks,” it would have much the same effect, but would be slightly classier. And why would it make any sense for Trump, or any tycoon, to teach people to be his competitors? I’ve never understood that “following a rich person will make me rich” mindset. But people fall for scams all the time, and they also try to convince themselves that they weren’t scammed. Anyone, no matter how careful and intelligent, can sometimes be talked into doing something stupid. But do people really want a con artist for President of the United States? I mean, they might as well vote for Matthew Lesko, because at least he has better fashion sense. 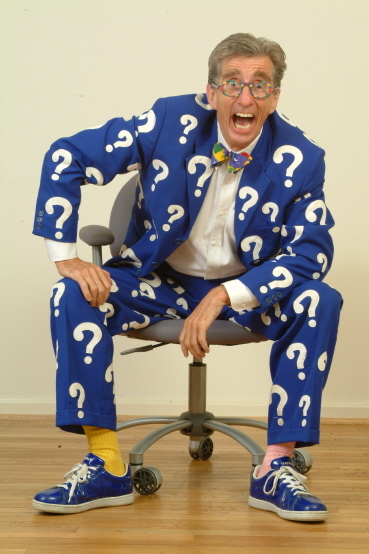 Anyway, Trump claimed that some people just can’t get rich because of genetics, a favorite excuse for people who have no idea how genetics works. Sure, genes play some factor in success at certain careers. For instance, someone with my body wouldn’t make a very good Navy Seal. And not everyone DOES have the right mind for business. I don’t think Trump does, to give just one example. Of course, Trump U didn’t bother to administer any genetic testing before accepting people’s money. I guess Trump is successful as a celebrity, but I always figured that was because he was someone you loved to hate. It’s like how cartoon and comic villains are often the most entertaining characters, but you don’t actually want them to win. 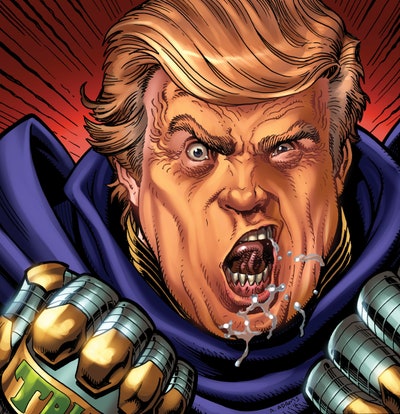 That’s apparently not how a lot of Americans view Trump, however; they genuinely admire him. An op-ed piece I read today suggests that the Republicans can’t really say anything against Trump’s scams, because part of their platform is making money without bothering with scruples. I know the Republican establishment isn’t too pleased at having to support this guy, which is probably good for the Democrats, but I suspect a lot of them are unhappy with him for the wrong reasons. The party has branded itself in recent years as that of religious fundamentalism, and Trump isn’t a particularly religious guy. As prejudiced as he is, banning gay marriage and stopping trans people from using bathrooms will likely not be his top priorities. Whether that marks a shift away from fundamentalism for the party at large, I don’t know. That would be a good thing, but still not a valid reason to vote for Trump.