A Child’s Garden of Curses

While children’s media obviously tend not to contain many actual curse words, characters in them do often use milder swears. Sometimes they’re as simple as minced oaths like “darn” and “heck,” but other writers get much more creative. I’m sure anyone who grew up watching the Super Mario Bros. Super Show remembers how Mario and Luigi used to swear using kinds of Italian food: “Suffering spaghetti!”, “Miserable macaroni!”, “Leaping lasagna!”, “Holy cannoli!”, and so forth. The Oz books also tend to do something of the sort, particularly when Ruth Plumly Thompson takes over the series, but L. Frank Baum had a bit of it as well. When Billina begins to break the Nome King’s enchantments in Ozma of Oz, he yells out, “Rocketty-ricketts!”, then “Smudge and blazes!”, and finally “Hippikaloric!” That last is said by Baum to be “a dreadful word because we don’t know what it means.” The “kaloric” part might have something to do with heat, but even that is an assumption I’m not sure we can make. It even appears on a list of fictional curse words. There’s a similar explanation for why the words “krizzle-kroo” make the Woozy so angry; he doesn’t know what they mean. It was explained to be the name of the evil wizard who enchanted some of his friends in Gili Bar-Hillel’s “The Woozy’s Tale,” and the beginning of a Madou spell in Kim McFarland’s Refugee. In later books (after Ozma, that is), the Nomes tend to use alliterative exclamations, much like Trumpkin in the Chronicles of Narnia: “Picks and puddles,” “jumping jellycakes,” “tarts and tadpoles,” “rooks and rockets,” etc. And while Ruggedo frequently threatens to transform those who annoy him, he seems particularly fond of potatoes, as seen in Tik-Tok, Gnome King, and Pirates.

Thompson commonly used nonsense words she didn’t define as swears and insults in her Oz works. Kabumpo starts out with the footman Eejabo calling the chief cook Hashem a chattering Chittimong, which the chef finds insulting. Sometimes she’ll throw in an actual word that’s a bit obscure. The Scarecrow uses several exclamations and expressions regarding kinkajous in Royal Book; the kinkajou is a small mammal that lives in the rain forest. 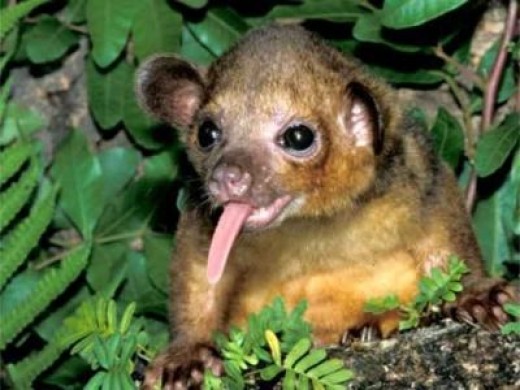 And Kabumpo in Silver Princess calls the doorkeeper Kayub an “unmannerly scuppernong,” which is a kind of grape. Since Kayub works in a kingdom known for its grapes, this is actually a somewhat appropriate insult.

Individual characters in the Thompson Oz books tended to have their own ways of swearing, like the Scarecrow’s “Great cornstalks!”; Kabumpo‘s “Great Grump!” (as well as “for grump’s sake” and “a grumpy good thing”) and “kerumph”; Wag‘s “my socks and soup spoons” (changed to “wocks and hoop soons” when hitting his head mixes up his speech); Jellia Jamb’s “Cake’s sake!”, “Thank gooseness!”, and “My pie!”; Speedy’s “Curses mick[something]juice!” (he uses orange, apple, and onion throughout the course of Yellow Knight; but seems to have given it a rest by the time of Speedy); Jinnicky‘s “Ding jing it!” and variations; Notta Bit More‘s “Tents and trapezes!”; and Handy Mandy‘s “I’ll be churned and buttered.” Carter Green swears using the names of vegetables, and at one point yells out, “Gammon and spinach!” As gammon is bacon, that doesn’t quite fit the theme, but it’s likely a reference to the nursery rhyme “A Frog He Would A-Wooing Go.” Wikipedia mentions that the phrase “gammon and spinnage” was used to mean “nonsense” in Charles Dickens’ David Copperfield. Besides, I wouldn’t be surprised if bacon grows on plants in Oz. On the Ozzy Digest, it was pointed out how similar Wagarag’s “Buttered billygoats!” in Jack Pumpkinhead is to Arthur Ransome’s “Barbecued billygoats!” Also quite common in Thompson’s books are the general exclamation “Stars!”, as well as “Great Gollywockers!” While probably derived from “golliwog,” it’s never entirely clear what a Gollywocker is. There is, however, a reference in Grampa to the wind “howling down the chimney like a pack of hungry gollywockers.” “Merciful Munchkins!” and “Great Gillikins!” were also common in her books. In the introduction to the International Wizard of Oz Club’s edition of Captain Salt, John Fricke praises the “almost musical lilt and rhythm” to the curses used by the captain and his crew: “Tar and Tarrybarrels!”, “You seventh son of a seagoing jackass!”, and “You blasted son of a cuttlefish lubber!” Pirates has Peter Brown and Roger the Read Bird teaching Salt to swear by dropping books on his head. “Shiver my liver!” becomes another favorite of his.

Grumpy the bear tells Scraps that he and his former mistress, Queen Cross Patch VI, cuffed each other after dinner in order to learn new “cross words.” The same book has the Patchwork Girl using “scrapple” as a swear word.

I also feel I should mention the Sauce Box from Jack Pumpkinhead, which when opened curses and threatens anyone around. The keeper of the box, Smerker, is known as the Chief Scorner of Baffleburg. Peter and his friends take the box, but lose it when escaping from the trapeze artists of Swing City. John R. Neill’s Jenny Jump has a tendency to use “Leaping Leprechauns!”

And while it doesn’t appear in any of the official books, it’s common in later works for characters to use Lurline’s name in place of references to God. Then there’s Zim Greenleaf, whose favorite curse is “Dutschfang.”

4 Responses to A Child’s Garden of Curses