Burn Me Thrice, Shame on You

It’s known that there are two distinct groups of gods in Norse mythology as it’s come down to the modern day, the Aesir and the Vanir. That is, if you don’t count the giants, elves, and dwarves, who also frequently have supernatural powers and are related to the two main communities of deities. While there are some exceptions, the general rule seems to be that the Vanir were fertility gods, and the Aesir more warlike. The two groups had a war, which the Aesir won. 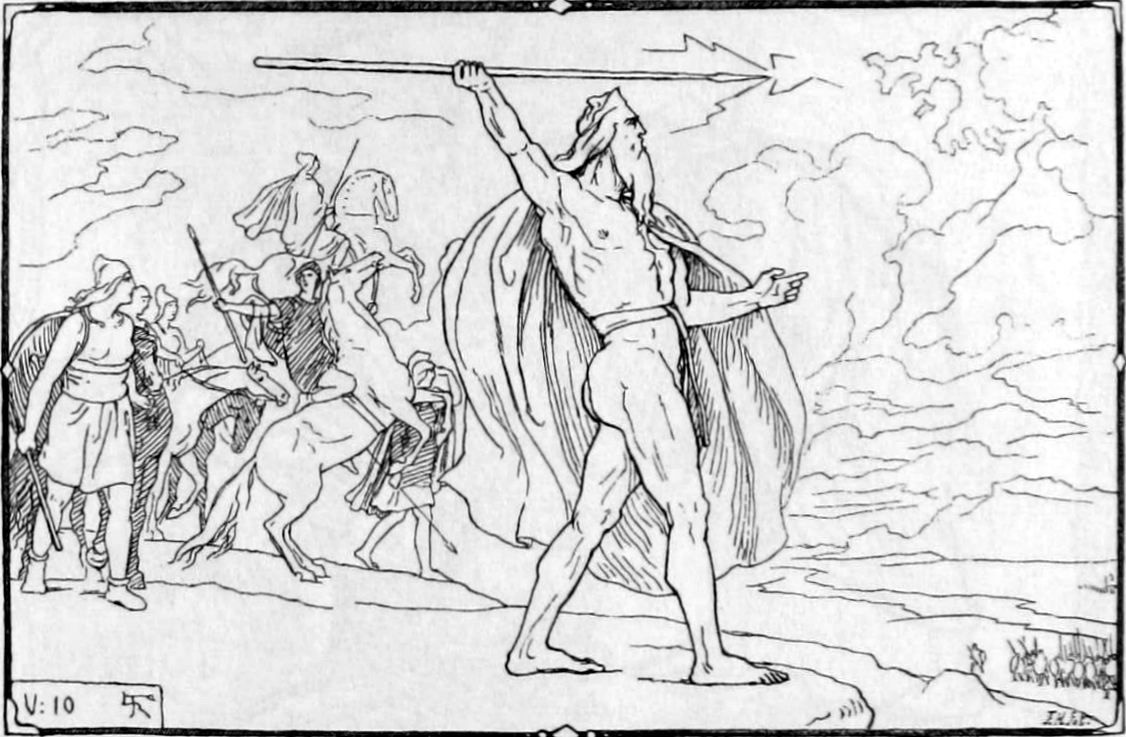 There are a lot of myths about gods conquering other gods, often resulting in those associated with war and politics triumphing over the Mother Earth types. It’s believed that this is often reflective of trends in religion, and of some nations conquering others. Anyway, in the Poetic Edda, one figure who features in the lead-up to the Aesir-Vanir War but seemingly nowhere else in the myths is Gullveig, a witch and presumably a member of the Vanir, who visited Asgard and led its inhabitants into temptation.

Women are always doing things like that in myths, or at least in myths written by men. The poem asserts that she was a delight to evil women. According to some interpretations, it was simply her practice of feminine magic, including soothsaying, that the Aesir frowned upon. Others take into account that the first syllable of her name means “gold,” and propose that she promoted greed. The “veig” part can refer to power or to alcoholic drinks. Regardless of their reason, the Aesir stabbed Gullveig and then burned her body.

She came back to life, however, and after two more tries they apparently gave up. It was apparently after this that she took the name Heidr, meaning “bright” or “fame.” Although this name is sometimes transliterated as Heidi (which seems to have reached the height of its popularity in the United States around when I was born; I remember at least two being in my graduating class in high school), apparently the modern girl’s name is instead a variation on Adelaide. This attempted execution was one of the events that led to the war of the gods.

I’ve seen speculation on a few sites that Gullveig-Heidr is an alternate form or form of a different goddess. She might, for instance, be the dark aspect of Freyja, who is known to have come from Vanaheim and have a lust for gold. Freyja generally seems to have assimilated pretty well into the Aesir, however, which might have been difficult if they’d repeatedly tried to kill her. You never can tell with gods, though, especially ones with aspects. Another possible identification is Angrboda, the giantess with whom Loki fathered three monstrous offspring. Loki is said to have eaten the half-cooked heart of an evil woman, possibly Gullveig’s after one of the burning attempts, and it made him pregnant. 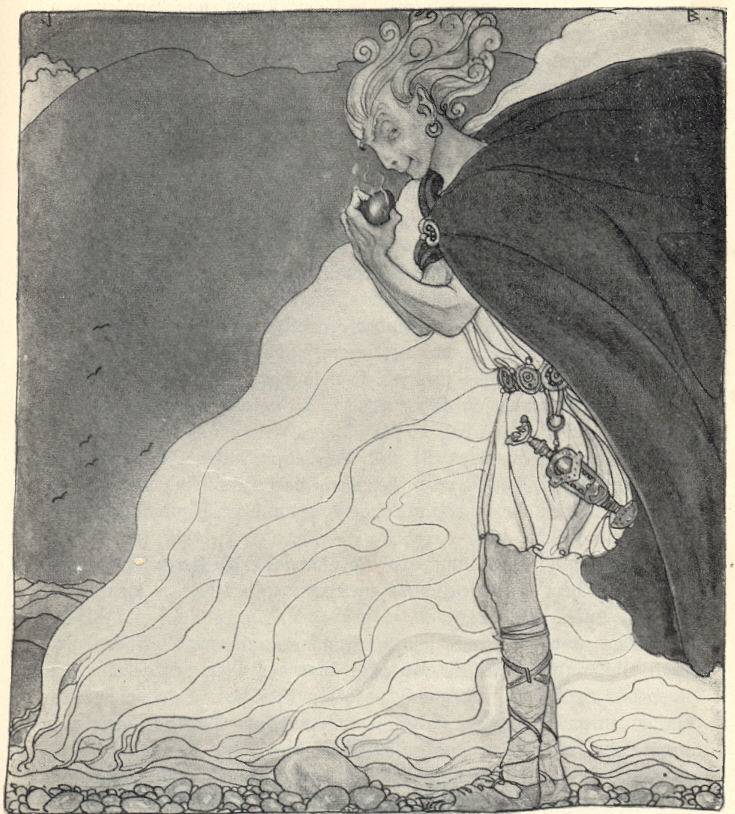 If this falls before the war in the loose timeline of Norse mythology, I guess Sleipnir was not the first child to whom he gave birth.

I recently read Joanne M. Harris’ The Gospel of Loki, in which Gullveig was the mastermind behind the fall of the Aesir as part of a revenge plot she hatched with Mimir. Loki becomes her pawn in the scheme, and she’s clearly not the same as either Freyja or Angrboda in this interpretation. She also appeared in Marvel’s Thor comics, in which she was the sister of Freyja (who’s merged with Frigg in the Marvel Universe) and ally of Surtur.

5 Responses to Burn Me Thrice, Shame on You