Princes Proving Their Prowess, Whatever That Means

Since the main theme of this year’s OzCon International was Rinkitink in Oz, with Captain Salt and Ozmapolitan sidelining, it’s not too surprising that the subject of boy protagonists in the Oz books would come up. And yes, there are going to be some pretty major SPOILERS for some of these books. Someone mentioned that Rinkitink served as somewhat of a model for many of Ruth Plumly Thompson’s books, in that it centered around a young prince trying to save his kingdom. Inga of Pingaree is a serious child accompanied by a loveable but flawed comic-relief adult and a curmudgeonly animal.

In Thompson’s Kabumpo, we get much the same model, except Kabumpo more or less plays the roles of both Rinkitink AND Bilbil. He’s grumpy, but also makes jokes. When the two of them join up with Wag, he’s more straight comic relief. Grampa is so close in plot to Kabumpo that it’s more or less Thompson ripping off herself, and Prince Tatters is accompanied by a curmudgeonly adult and a comic relief animal.

While Evered’s companions in Hungry Tiger don’t map so well to Rinkitink and Bilbil, the fact that he has talismans that protect him from harm should sound familiar. In Purple Prince, Randy explicitly thinks that he wants to be just like Pompadore, and he’s off to a good start by journeying with Kabumpo. For that matter, Jinnicky is sort of like Rinkitink as a wizard, even having the same habit of breaking out in uncontrollable laughter over very little.

So what do we know about these princes individually? Not surprisingly, they tend to blend together somewhat. While generally not as serious as Inga, they’re still mostly defined by their staunch loyalty to their kingdoms and families. Pompa is initially willing to go along with the plan to marry a nasty old woman, but is dragged out of Pumperdink by Kabumpo, who wants him to propose to Ozma.

His father, the bad-tempered King Pompus, is so set on the idea of his marrying Faleero that he and the elephant have to escape the kingdom without telling anyone what they’re doing. At the beginning of the story, he’s celebrating his eighteenth birthday for the tenth time. I had considered that this might mean he’s actually lived twenty-seven years, he might well have had other birthdays multiple times as well. At eighteen, he’s definitely on the older end as far as child heroes in Oz books go. Kabumpo was a gift at Pompa’s christening, and while we don’t know how old he was at this point, the implication might be that the two of them grew up together. Throughout his adventures, Pompadore remains friendly and courteous, but usually lets Kabumpo take charge.

It’s never stated how old Prince Tatters of Ragbad is, but I tend to think he comes off as somewhat younger than Pompa. On the other hand, he also ends up married, so I would imagine he’s at least an older teenager. While Pumperdink comes across as a prosperous place that just happens to be threatened by an evil magician, Ragbad is economically depressed due to King Fumbo squandering the treasury, so even though Tatters is a prince he’s had a more frugal upbringing. J.L. Bell pointed out that, for all Tatters’ loyalty to his family, he might not be all that close to his father. When he finds Fumbo’s head in the clouds, the head immediately talks to Grampa rather than his son.

About the only time Tatters acts on his own instead of under Grampa’s lead is when he follows Urtha out of Play, “his only thought to find and comfort the sweet and lost little fairy who had made the days so pleasant and the journey so happy for them.” 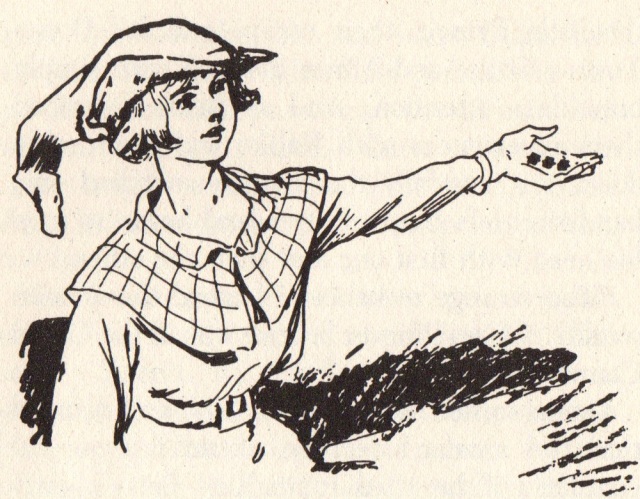 Evered of Rash, or Reddy for short, appears to be even younger, and he doesn’t get married. His father has left Rash to study radio, and his wicked uncle has seized the throne. Reddy hides out in a cobbler’s shop until his uncle finds him, but then manages to escape in the company of Betsy Bobbin, Carter Green, and the Hungry Tiger.

Unlike how Inga started his journey with the magical pearls, Reddy has to find the Rash Rubies himself. Fortunately, he manages to stumble upon all three of them.

Although it’s out of necessity, Reddy becomes a more active character than the other princes when he is carried into Immense City by a giant pigeon and has to find the Tiger and escape. He’s aided by the two rubies he’s found so far, but still has to be clever, stealthy, and athletic in order to accomplish his mission. He expects to have to fight to regain his country, but manages to drive off the army with the help of a wig that makes him a giant and the aid of Atmos Fere. Prince Philador actually sets out alone to seek help from the Good Witch of the North, although he soon does gain companions. He’s never all that active either, but he doesn’t really need to be when his goal becomes simply reaching the Emerald City, and he has the assistance of a High Horse to help him overcome obstacles.

Philador is physically only ten, although he’s lived over twenty years. He breaks the chain of distant fathers, as King Cheeriobed is very concerned about him. 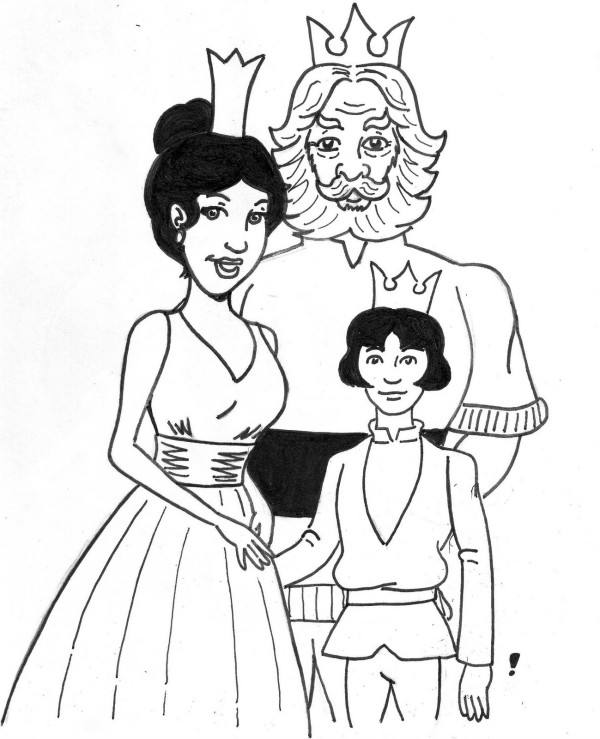 It’s interesting to note that Thompson teams up both Betsy and Trot with boy princes, which could be seen as hinting at a future
romance if it weren’t for the fact that they never grow any older.

Pumperdink is threatened by another evil magic-worker, this time Faleero herself, in Purple Prince. Since Pompa is enchanted along with the rest of his family, however, this time Kabumpo brings along his attendant Randy, who is actually the Prince of Regalia traveling incognito. Silver Princess establishes that he’s about fourteen at the time, although Kabumpo thinks he’s physically only around ten. As I mentioned before, Thompson has to play with the numbers a bit to make him of marriageable age in the later book. While several of these princes are teenagers, Randy is the first to really show the rebelliousness and moodiness that is associated with boys of that age. 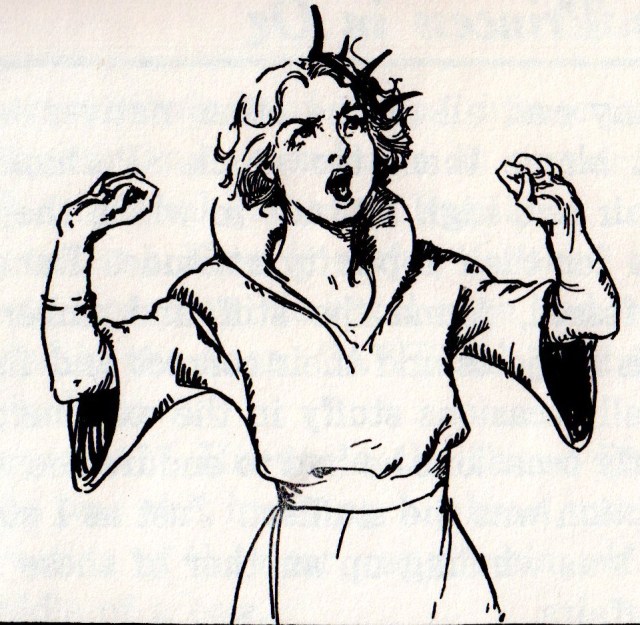 It’s not surprising that he starts both of his books in a bad mood, as he also was abandoned by his father and forced into proving himself and taking the throne. As Purple Prince progresses, he becomes more of the level-headed straight man to Kabumpo and Jinnicky. 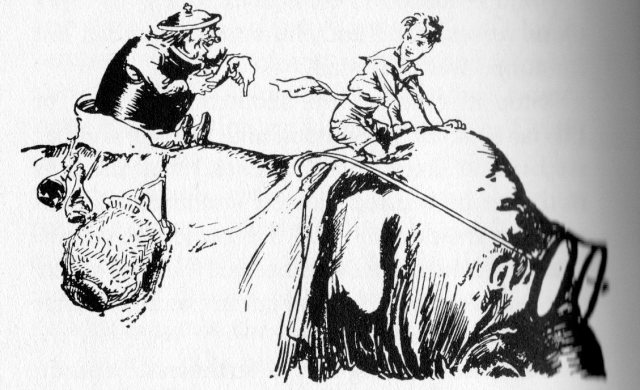 You could potentially count Ojo as a prince seeking to save his kingdom, but he doesn’t know that’s who he is or what he’s doing when he sets out on his journey in Ojo. For the most part, Thompson keeps him consistent with how he was in Baum, rather insecure and prone to despair and crying. Like Randy in Purple Prince, he’s also forced to be a mediator between his companions.

And in Captain Salt, we meet Tazander Tazah of Ozamaland, a spoiled brat who is next in line for the throne of his country. He’s the subject of an essay in the OzCon program written by Frederick Wiegand, and I briefly discussed him in this post. With help from Roger the Read Bird, he overcomes his self-centered snobbishness.

He does end up saving his kingdom, but it’s almost an afterthought, the majority of the plot centering around exploration and Tandy’s learning to be a better person. He doesn’t stay in his home country anyway, instead leaving it in the hands of a capable and loyal sheik and sailing off again with Captain Salt. His only remaining family appears to be a few aunts, so we don’t know how his parents treated him, or if he even knew them. He spent much of his childhood locked in a tower, after all. In Enchanted Island, Rupert of Kapurta is a reckless young king whose father died (like Rinkitink, this started as a non-Oz book, which could explain why Thompson didn’t do the “oh, his dad is still alive, just far away” thing she did with Reddy and Randy), and he uses magic he discovers to transport his entire kingdom to both the sea and sky.

As heedless as this is, he does work out ways to make this practical after the initial excitement of the move. Unfortunately, when traveling to the sky, he loses his wishing button. It’s David Perry, not Rupert himself, who saves Kapurta from its precarious position. His adviser Totter Off is sort of a surrogate father to him, a bit annoying and stuffy but very concerned about his welfare and eager to help him out. 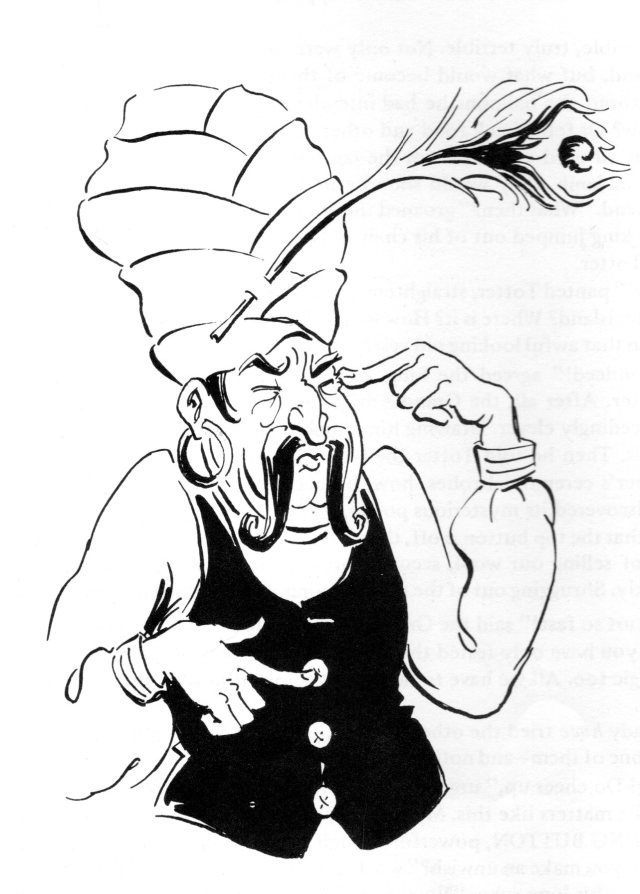 Along with the absent (whether physically or emotionally) fathers, many of these princes have other male role models. Tatters has Grampa, Randy has his Uncle Hoochafoo, and Tandy has Roger, Captain Salt, and Ato. With Inga, Pompa, and Reddy, their older companions are more on their own level. There’s also a recurring theme of these young princes being armed with swords. Randy carries one in both of his adventures, Pompa wishes he’d brought his, and Reddy picks one from the Indus Tree. I wonder if Thompson was aware of the phallic implications of this choice of weapon, or she just found it appropriate for fairy tales. 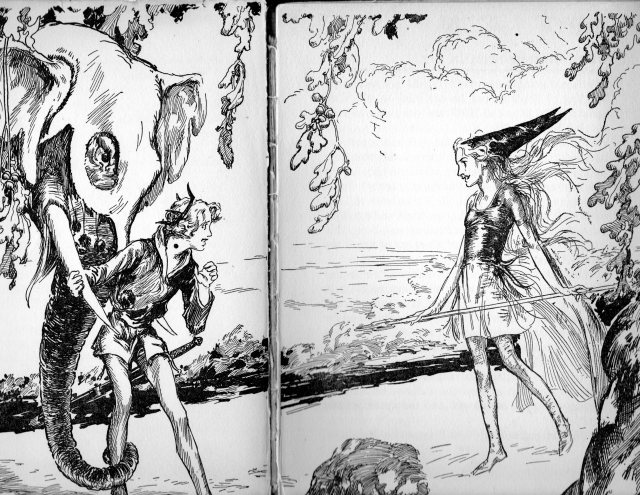 The McGraws’ Merry Go Round definitely owes a debt to Thompson, although their characters tend to be better defined. The plot involves a prince trying to find three magic items in order to save his kingdom and take the throne. The twist here is that Prince Gules, like everyone else in his country, is lazy and stupid due to the missing magic. So at first he mostly relies on his squire Fess, although once they start to retrieve the Circlets Gules begins taking charge of things.

His father is even dimmer than he is, but is still kindly.

Dick Martin’s Ozmapolitan also plays on the theme with a prince who specifically DOESN’T want to take over his kingdom, and sets out to prove that he’s too useful to do so. 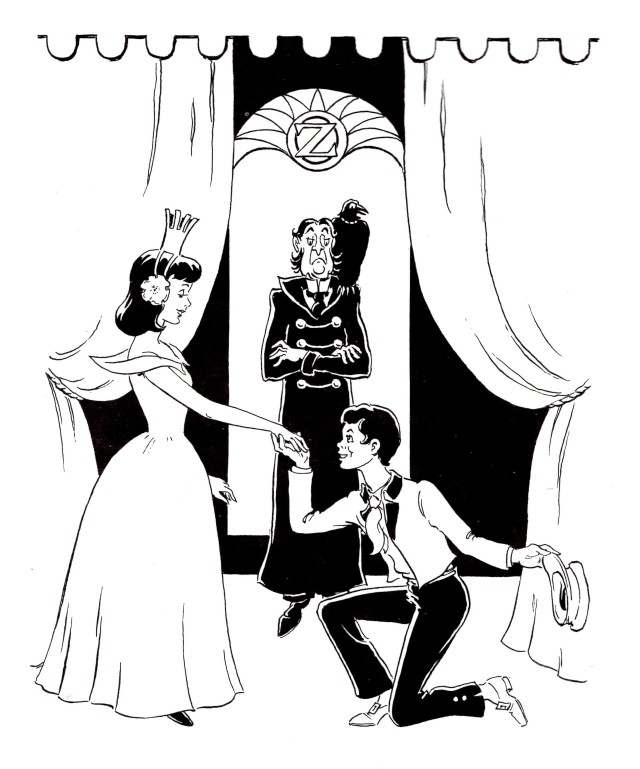 1 Response to Princes Proving Their Prowess, Whatever That Means