Writing about the legend that Emperor Constantine XI Palaiologos was turned into a marble statue and buried near the Golden Gate of Constantinople got me thinking of the mentions of such statues in the Oz books. For some reason, L. Frank Baum seemed to think turning someone to stone wasn’t enough, so petrifying transformations generally made the victims marble. Maybe it’s because of how ornate Oz tends to be, what with all the gold and jewels. Mombi mixes a potion to turn Tip into a marble statue in The Marvelous Land of Oz, but he runs away before it’s finished. When Dr. Pipt appears in Patchwork Girl, we learn that he invented something called the Liquid of Petrifaction that instantly turns whatever it touches to marble. (Whether this means the bottle it’s in is made of marble or it’s of some magic-proof material isn’t specified, any more than it is with the Powder of Life.)

Picture source
He used it to petrify two rampaging Kalidahs and a wooden table; and I suppose if he used it on bread, it would become marble rye. The main plot of the book is put into motion when Scraps accidentally knocks it onto Unc Nunkie and Margolotte.

Ojo sets out to find the ingredients for a potion that will restore them to life, while Pipt starts work on another batch of the Powder of Life. I assume that this would have made them into living marble, but that’s better than nothing. Fortunately for Pipt and Ojo but unfortunately for readers who wanted to see the Munchkin boy succeed in his quest, the Wizard of Oz and Glinda worked out another way to restore the two petrified people. The potion Mombi was making in Land might be an alternate version of the Liquid of Petrifaction, as it doesn’t work quite the same way. She specifies that Tip would have to drink it, which means it doesn’t simply petrify upon contact. And that’s assuming it would have worked at all. Finally, in Magic, Kiki Aru decides he’ll turn Ruggedo into a marble statue after they’ve conquered Oz, but they never get far enough in their plans for him to actually do so.

Ruth Plumly Thompson also used petrifaction pretty often in her Oz books, but I don’t think the resulting statues were ever said to be marble. The Wizard mentions a Powder of Petrifaction in Speedy, quite possibly the same he uses to turn Quiberon “into a glittering dragon of silver and bronze,” said to be a form of black magic. Jinnicky also has a petrifying powder in Yankee, although he never gets to use it. The Wizard of Wutz has a stupefying powder with much the same effect, although its victims don’t change to stone or metal.

In Cowardly Lion, the animated stone man Crunch turns the titular lion and 9999 others into stone.

The Cowardly Lion is restored to life when his friends cry over his body, but Mustafa of Mudge keeps the other lions to sell as statuary. Crunch himself, deprived of the power to move by Glinda and the Wizard, remains in Mustafa’s garden. The Scares in Jack Pumpkinhead are able to literally scare people stiff. The Sultan of Samandra turns Princess Marygolden of Corabia into a golden statue and gives her to the Shah of Subterranea for safekeeping. When Speedy comes across the statue lying on the ground, all he needs to do to bring Marygolden back to life is to lift her.

She doesn’t regain her memory until after her kingdom is disenchanted, though. There are also three page boys in Corumbia who have been turned into statues, but are still able to play a fanfare when the Yellow Knight enters the castle. The Standing-Stick, an invention of the witch Cinderbutton that Ruggedo and Clocker use in their attempt to conquer Oz in Pirates, makes everyone in the area stand still. The people of Crystal City are frozen in place in Ojo.

Planetty‘s voral staff can turn anyone it’s thrown at into a metal statue.

Rachel Cosgrove Payes continues this trend in Wicked Witch, with Singra using enchanted knitting needles she received from the wizard Kizzo to turn Dorothy into a statue. Jellia Jamb manages to break the spell simply by removing the net.

A different Wicked Witch of the South begins Eric Shanower’s Enchanted Apples under an enchantment that makes her motionless and gives her a golden glow. After the magician Bortag disenchants her, she steals the Magic Belt and uses it to turn Valynn into metal, Ozma to stone, and Dorothy to wood. Bortag takes the Belt from her and turns her stone.

And while it’s not in a book, Return to Oz has the Emerald City and its inhabitants turned to stone by the Nome King.

Singra, by the way, also starts her book under an enchantment, in this case a hundred-year sleep caused by Glinda.

Button-Bright does much the same to the Wicked Witch of the East in Paul Dana’s Magic Umbrella. 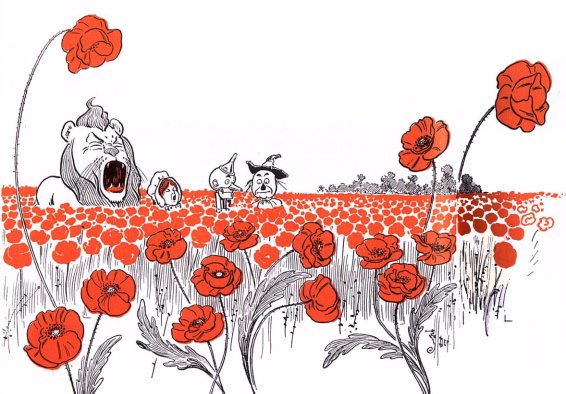 In addition to the infamous poppy field, Jinnicky’s blue incense has the power to put enemies to sleep, rendering them insensible. People in Pokes don’t spend all their time asleep, but since even when they’re awake the place makes them really tired, it’s much the same experience. I wonder if Sir Hokus having been imprisoned there for nearly 500 years is intended to reference the legend of King Arthur sleeping. Hokus turns out not to be from England, despite some remarks to the contrary, but he’s obviously closely linked to Arthuriana. 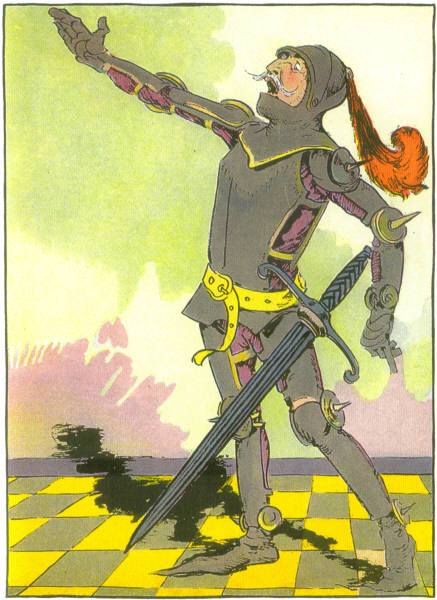