Everybody’s Got a Laughing Place 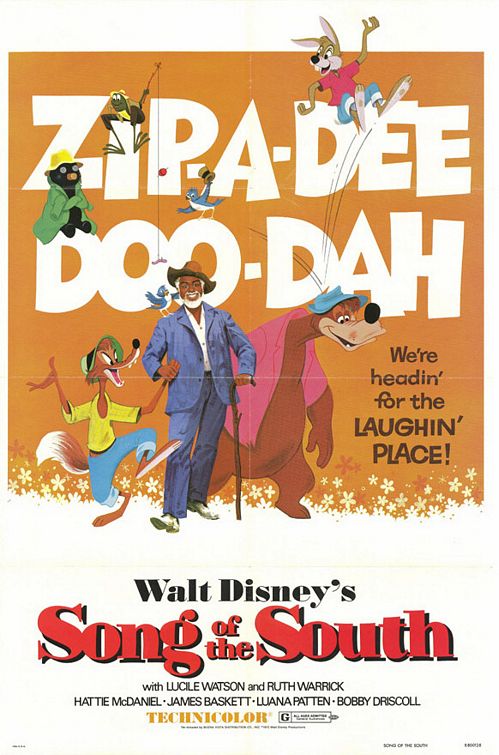 Song of the South – This was one of Disney’s earlier films to mix live action with animation, and also one of their most controversial movies, never released on home video in this country. I saw it at the theater during its last re-release in 1986, and really didn’t remember much about it. As a fairly sheltered white kid, I probably didn’t notice anything in particular about the race relations, although I might have noticed how rude some of the white characters are to the black ones; I can’t recall for sure. Like its successor So Dear to My Heart, it’s a small slice-of-life story set in the country. The protagonist is a boy named Johnny whose mother leaves her husband in Atlanta to move back to her family’s plantation, taking the kid with her. He’s unhappy at first, but learns some valuable life lessons from legendary storyteller Uncle Remus. There’s apparently been some confusion over whether the film takes place before or after the Civil War. It’s clearly after, as Remus is able to freely leave the plantation, but there are still people who insist it’s before. The controversy comes partially from the use of dialect, but more in what it DOESN’T address in terms of race relations. The black workers on the plantation are all shown as generally happy and content with the situation. Uncle Remus could be considered the hero of the piece, but nobody ever seems to treat him as an adult. At one point, Johnny’s mother orders the man not to tell her son any more stories. While she’s obviously not presented as being in the right, it does seem that we’re supposed to see her as well-meaning but misguided. Later, she decides that Remus can’t help telling stories, which is pretty offensive. Johnny’s family also doesn’t invite his black friend to his birthday party, and has to be talked into letting his poor white friend come.

The character of Uncle Remus, a former slave who tells stories to children, was created by a white guy, journalist Joel Chandler Harris, in 1876. He collected tales he had heard from slaves while growing up, many of which have analogs in African folk tales, writing them in dialect. Based on what Wikipedia says about Harris, he was against racism and in favor of the education of black people in the South, but rather patronizing in his tone. He likely intended his stories to celebrate African-American culture, and he was initially praised for his ability to capture the dialect, but this style later came to be largely regarded as insulting. The tales featured talking animals, with the trickster Br’er Rabbit as the main protagonist. In the film, these stories were told in animated segments narrated by Remus.

They’d start with the live-action Remus interacting with the cartoon characters, then change into full animation once the plot started in earnest. While the Br’er animals in the stories collected by Harris included everything from a bullfrog to an elephant, the movie’s shorts centered around only two animals other than Br’er Rabbit, the nasty Br’er Fox and his dim-witted sidekick Br’er Bear.

The latter character’s first appearance immediately demonstrates his stupidity by having him get the lyrics wrong to a song that everyone else seems to know automatically. As with other trickster characters, Br’er Rabbit is tricked himself on occasion, but always manages to come out basically unscathed.

James Baskett, the actor who played Uncle Remus, received an Honorary Academy Award for his performance. He was the second African-American to get an Oscar after Hattie McDaniel for her performance in Gone with the Wind. In her speech, she said something about being a credit to her race. McDaniel also played a maid in Song of the South. Baskett was not allowed to attend the premiere of the film, as theaters in Atlanta were segregated at the time. While I’m sure the Oscar was kindly meant, I can’t help but view it as patronizing. While Disney seems to be trying their best to pretend the movie doesn’t exist, they still continue to milk the song “Zip-a-Dee-Doo-Dah,” and Splash Mountain is themed after it. 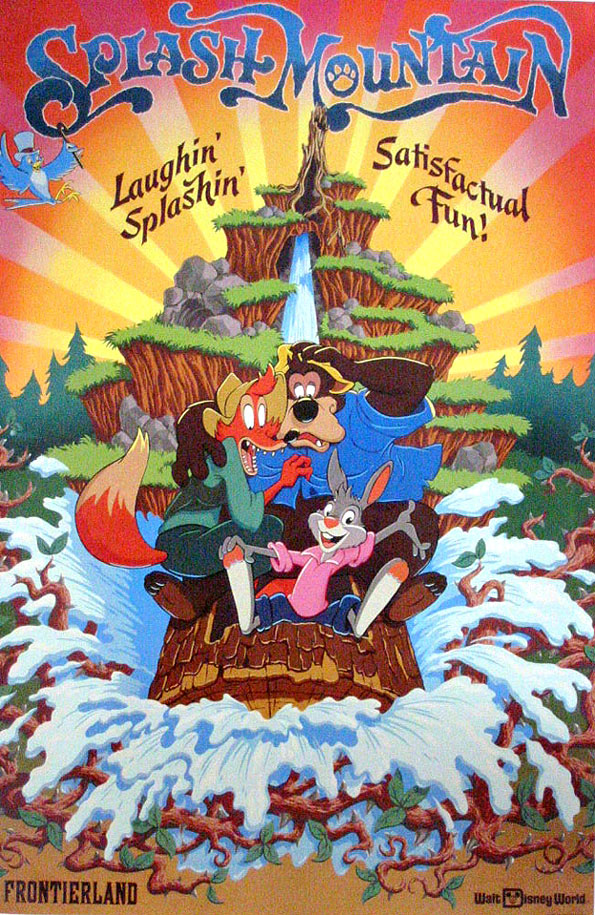 The Br’ers also apparently still appear from time to time in cartoon cameos. As far as the film never receiving a video release, I’ve seen it pointed out before that Disney pretty much only markets movies like this to children, not to adults who are interested in its historical value.