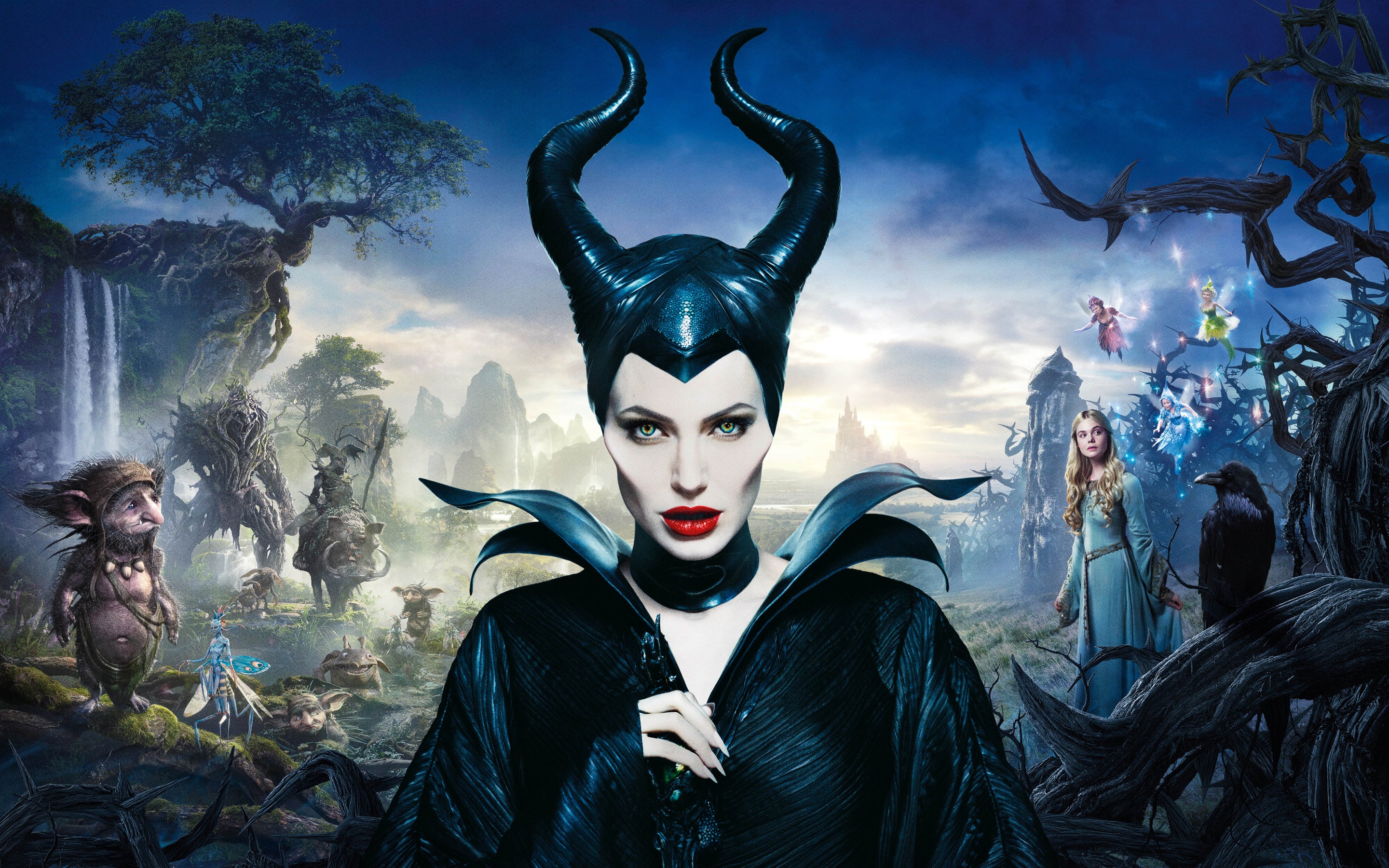 Maleficent – I remember hearing a lot about this live-action reinterpretation of Disney’s Sleeping Beauty before it came out, but not so much afterwards. It apparently did well at the box office, however, and I understand they’re planning a sequel. What’s kind of weird is that we had both this movie starring Angelina Jolie and 12 Monkeys starring Brad Pitt out from Netflix. I swear I didn’t plan it that way. Jolie does a good job in the role, and the visuals are striking (although I missed the pig-faced imps); but I can’t say the writing was particularly good. It’s part of a trend of stories from the villain’s point of view, sometimes reworking it to make the villain the good one all along, other times just making them more nuanced. I think this one tried for nuance, but mostly just ended up making the Mistress of All Evil into a fickle, petty character. It starts out sympathetic to her, portraying her as the guardian of the moors, which the nearby King Henry is trying to annex. Between the moors and several characters having Scottish accents, was this supposed to be set in Scotland, or just generic European fairy tale territory? Anyway, while defending her land, Maleficent seriously wounds Henry, who promises the throne to whoever kills her. Stefan, the fairy’s best friend from childhood, contemplates killing her but instead just cuts off and steals her wings. Henry makes him king anyway, because the old man is part of the long line of characters who don’t bother looking for the body before accepting that someone is dead. Stefan and Maleficent become enemies, although I really don’t understand why after the old king dies he doesn’t give her back her wings and apologize. I mean, it’s worth a shot, right? Stefan’s wife is a total nonentity, appearing briefly and then dying offscreen while her husband descends into madness. Maleficent shows up to curse the baby Aurora as she does in the original film, but instead of the third good fairy mitigating the spell, Maleficent herself says that true love’s kiss can break the spell. The point here is that she thought Stefan truly loved her before he betrayed her, so now she thinks true love doesn’t exist. Seems kind of similar to how Oz the Great and Powerful treated the Wicked Witch of the West and the Wizard of Oz. Does every famous villain have to be explained away as either a jilted lover or someone who was bullied as a kid, if not both? Maleficent’s back story here was more complex than just “women are hormonal,” but I thought there were elements of that in how she kept changing her mind and pulling pranks on the good fairies instead of doing anything to really either help or hinder them. I do wonder if Maleficent was somewhat responsible for her own change of heart. She does say that everyone will love Aurora as she grows up, and she’s part of everyone. I found it odd that the names of the other three fairies were changed from the earlier film, especially when they made a point of retaining that of King Stefan, a much less significant character in the first movie. Aurora is also Aurora even when she’s living with the fairies, and is never called Briar Rose. I also found it interesting that both this movie and Frozen, released the previous year, made the kiss that broke an enchantment a non-romantic one.

Like Loading...
This entry was posted in Fairy Tales, Focus on the Foes, Revisiting Disney, VoVat Goes to the Movies and tagged angelina jolie, fairies, frozen, maleficent, oz: the great and powerful, princess aurora, sleeping beauty. Bookmark the permalink.

1 Response to Tough But Fairy