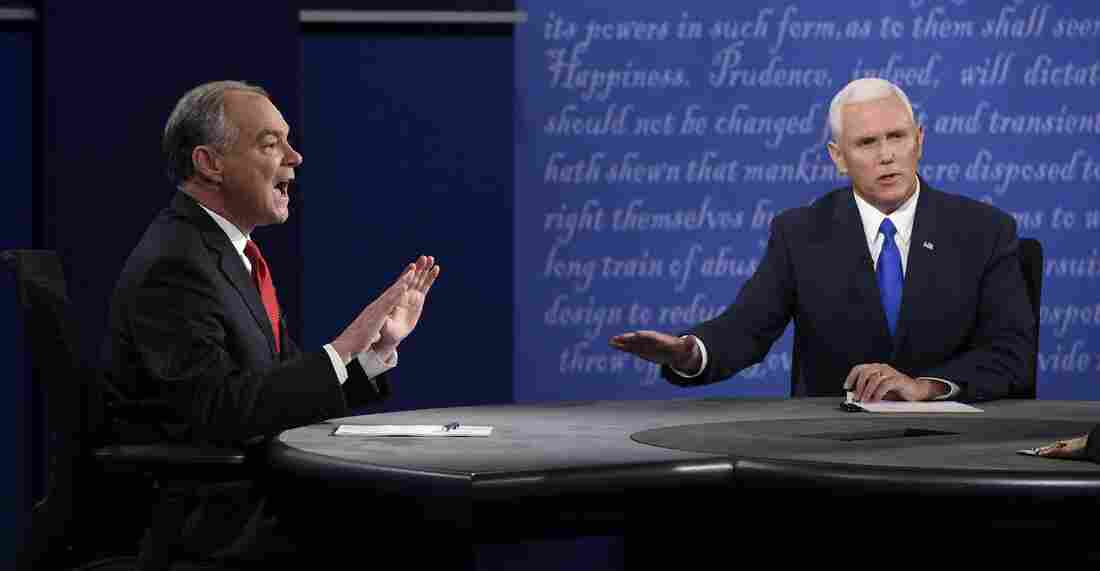 I can’t say the vice presidential debate was anywhere near as riveting as the first presidential one. Mike Pence is pretty despicable (you might even say…deplorable), but he can speak without sounding (and looking) like a moron. The main thing I knew about Pence was his legislation against gay wedding cakes in the name of religion. Okay, that wasn’t exactly it, but that’s the part I assume everyone remembers. Ever notice how “religious freedom” when those like Pence use the term always seems to mean the freedom to force their religion on other people? This year’s Republican primaries gave people plenty of opportunities to vote for religious bigots: Ted Cruz, Mike Huckabee, Rick Santorum, etc. Instead, they chose someone who was terrible in a secular way.

I kind of wondered if that reflected a shift in public opinion against fundamentalism, but then Donald Trump appointed another religious bigot as his running mate. Nobody even brought up the anti-gay thing during the debate, although Pence did spend a considerable amount of time ranting against partial-birth abortion. Is that something that happens often enough to devote that kind of attention to it? I guess it fits with the narrative that Democrats just want to kill a bunch of unborn babies. Abortion is a difficult topic; I’m pro-choice, but I sympathize with some anti-abortion arguments. What I don’t get is when someone opposes both abortion AND birth control. Sure, you can avoid both if you believe that’s what God wants, but don’t try to force that on others.

Also, the Bible was mostly written in an agrarian society when people needed a lot of kids to help work the fields. Pence brought up adoption, which is an argument I bought when I was in elementary school, but now comes across as overly simplistic. There are people who want to adopt but can’t, whether because of the cost or some other sort of red tape. And prospective adopters often have prejudices that result in the white babies being adopted much more frequently. The argument reminds me of Bruce McCulloch’s bit about how all the single people in the world should just pair up.

I really knew nothing at all about Tim Kaine, and based on what I saw, he seems perfectly competent and intelligent, but there’s nothing particularly exciting about him. These candidates are both running mates to people who have been famous for decades, and they’re largely unknown. People on Twitter said both of them were basically corny white dads. Not surprisingly, they also were all over Pence’s line about Kaine having “whipped out that Mexican thing again,” but that’s another story.

Which brings us to another constant theme in the debate, that of Pence constantly denying that Trump said things we all know he said. He really seems like he wants a different running mate, but realizes this is his only shot for the time being. There wasn’t much follow-up on anything, yet there was still plenty of question-dodging. I noticed that moderator Elaine Quijano tried to rein in the candidates’ talking over each other, but was ineffective in doing so. Not that this was entirely her fault; they probably should have had buzzers or something. I wish there had been more focus on Pence’s prejudice, but I know the moderator is supposed to come across as impartial, and I don’t know what comparable issues she could have used to grill Kaine.

2 Responses to My Two Pence