Today You Are a Man 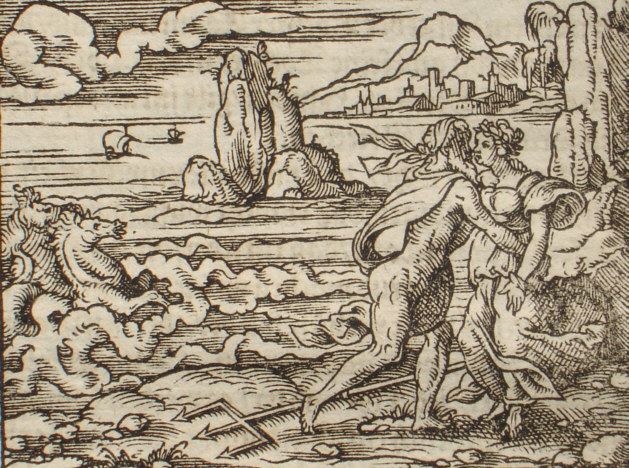 I knew about Tiresias being temporarily turned into a woman, but another sex change in the world of Greek mythology that I just recently found out about is that of Caenis of Thessaly. There are two different accounts of her parentage, one indicating that she was the daughter of Atrax, founder of the city of Atracia; and the other making her the child of the Lapith chieftain Elatus and his wife Hippeia. Some sources say she was a nymph, and Atrax was the son of a river god. Anyway, Poseidon raped her, and then felt kind of bad about it and offered to grant her anything she desired.

She asked him to turn her into a man so nothing like that would happen to her again. I’m sure men could and did get raped in ancient Greece, but the sex-changed Caenis also had invulnerable skin. Some versions of the myth suggest that the invulnerability was basically an extra that Poseidon tossed in, rather than something she specified. It’s interesting that this is a case of a mythological sex change that was done because it was what the person actually wanted, rather than as some kind of divine curse or experiment. Regardless, after changing her name to Caeneus, he became a great warrior, taking part in the hunt for the Calydonian Boar. It appears that Caeneus was mentioned in myths without the sex change story, which might have originated with Ovid’s Metamorphoses. He is said to have had a son, Coronus, who is one of the Argonauts; but I don’t know who the mother was. I suppose it means his male hardware was intact, though. It’s also said that he became so arrogant about his skill in battle that he said his spear should be worshipped as a god. Zeus, who felt they had enough gods already without bringing metallic objects into the mix, was annoyed at this, and helped to orchestrate Caeneus’ downfall. When the centaurs got drunk at Pirithous’ wedding feast, he successfully fought them without their being able to harm him, until they had the idea to drive him into the ground with tree trunks and stones.

Some say he suffocated and fell into Tartarus, where his shade had his original female form. Others say he turned into a bird and flew away, one of the last-minute miraculous escapes from death that became associated with pretty much every Greek hero. I don’t know who would have worked the transformation into a bird, unless it was another side effect of Poseidon’s original change.