I’ve written before on the possible origins of the word “Oz.” It’s kind of a difficult name in the age of online search engines, as you’re likely to get stuff about Australia or ounces, and that’s if it’s limited to English. I don’t think anyone has that problem with a name like Narnia. L. Frank Baum did give an idea of how to pronounce the word when he rhymed it with “was” in an excised song from the original Wizard of Oz stage play and one of the Musicker’s songs from The Road to Oz. It’s not an exact rhyme, but it obviously fits better with “ahs” than with “ohs.” In Ruth Plumly Thompson’s Ozoplaning with the Wizard of Oz, the King of Stratovania insists on pronouncing it “Ohz,” and claims that that makes it the “Ohz Zone,” and hence his territory. In Dorothy and the Wizard, Baum establishes that “oz” means “great and good,” and that all former rulers of the land were named either Oz or Ozma. The Wizard was accepted as ruler partially because he went by his first two initials, O.Z. Baum also introduced a newspaper called the Ozmapolitan, and I believe the closing “Ozily” for correspondence as well. It was his successors who really went nuts with inserting the word into other words, though. Thompson invented the portmanteau words “hoztory” and “geozify,” although I don’t know why she went with that spelling for the latter. There’s a reference to years OZ rather than AD or BC, people partake of Oz cream and Ozade, the Wizard invents ozoplanes, and Jinnicky uses the word “exozperated.”

Thompsonian characters with “Oz” in their names and no apparent connection to the royal family include Ozwold the Oztrich, Ozeerus, Ozwoz the Wozard, and Nox the Ox’s original name Boz. There’s also Ozamaland, a country that doesn’t even appear to be aware of Oz until Captain Salt visits. John R. Neill’s books tend to incorporate the word as much as possible (or rather “oz much oz pozzible”), to the extent that the Wogglebug insists that an election in Oz would have to be called an ozlection. These books also include the ozcalator (built by a man named Oz Q. Later), Ozmic Ray, and a material called oztex, as well as expressions like “ahz, yes,” “ahz me,” “Oz bodkins,” “oztonishing,” “ah-hoz,” “ozzified,” “hurroz,” “ozzard,” and “ozuming.” The McGraws’ Forbidden Fountain mentions lozzipops, ozberries, ozball, and coins called ozzos and piozters. There’s also the Ozgood family, whose name would presumably mean “good-good.” Not that this is all that weird; I mean, I think “Schwarzenegger” means “black-black.” Beth, who’s not into Oz but did read the first three books and has absorbed a certain amount about the rest of the series from me (I guess you could call that Oz-mosis), remarked that the overuse of the country’s name was kind of like when the House of Representatives briefly called French fries “freedom fries” (even though they weren’t actually French in the first place). I can kind of see that, but that kind of fits with other things we know about Ozites. I mean, do Munchkins really ALL love the color blue, or are the ones who don’t afraid of being seen as unpatriotic? And apparently flags grow in some of the forests. 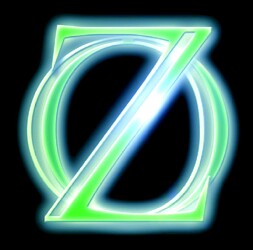 Like Loading...
This entry was posted in Eloise Jarvis McGraw, John R. Neill, L. Frank Baum, Language, Names, Oz, Oz Authors, Ruth Plumly Thompson and tagged dorothy and the wizard in oz, ozoplaning with the wizard of oz, patriotism, pronunciation, rhymes, the forbidden fountain of oz, the road to oz, the wonderful wizard of oz, wizard of oz. Bookmark the permalink.

1 Response to A Show of Patrioztism