The original Super Mario Bros. provided several different environments through which Mario (and sometimes Luigi) had to travel: largely flat worlds with trees and bushes in the background, underground caverns, water, cliffs with tops bigger than their bases, and castles full of fire and magma.

I believe sky levels were originally planned but scrapped, but the idea sort of remains in bonus levels where you can walk on solid clouds and gather coins.

One of the worlds is dark, but I don’t know whether it’s always that way or just an indication that you’re there at night. Super Mario Bros. 2 expands the idea to entire worlds, with Worlds 2 and 6 being desert, 4 being icy, and 5 being dark. There aren’t any underwater levels, although there are waterfalls and whales.

Several stages do take you into the clouds, and there are enemies there this time.

The Super Mario Bros. Super Show cartoon introduced many different locations, mostly with pretty lousy names. The general pattern was simply to follow the theme with “Land” or “World.” There was the Desert World, the Ocean World, and the Land of Ice; but also such bizarre places as Crime Land, Car Land, and Sockhop Land. 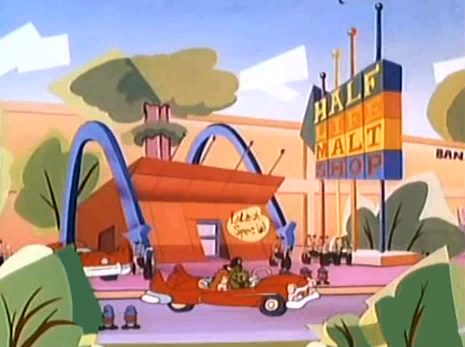 Super Mario Bros. 3 continued with this basic idea, giving us grass, desert, water, sky, ice, and dark worlds. There were two others as well, World 7 based on pipes and Piranha Plants, and World 4 featuring giant-sized landscapes and enemies, although not every stage in this latter world even fit the theme.

The English instruction book and at least some releases of the game simply refer to every world as “[Something] Land,” but other translations vary the names a little more, and the Nintendo Power strategy guide had other names for some of them. World 2 is referred to as Desert Land, Desert Hill, and the Koopahari Desert. World 3 is Water Land, Sea Side, or Island World; and World 6 Ice Land, Iced Land, or Winter Wonderland. Oddly, World 8 is called “Castle of Koopa” except in the one translation where it’s Dark Land, even though only the last level is in the castle. The rest of it is a world of fire and magma, as well as various military vehicles. This is the first Mario game with a map screen, and each world has its own theme music.

Picture by Joshua Boruch
Actually, World 5 has two themes, although the second one is just the Coin Heaven music. World 8’s theme is based on Mars from Holst’s The Planets, as is the airship tune. I keep considering doing a post on Mario music, but there’s such a lot of it to examine, and I’m not at all knowledgeable about music theory. Still, I’ll probably write one sometime soon.

I find it interesting that, while Super Mario World is a bigger game than SMB3, it seems to cover less territory. The map is all connected, and it’s set entirely on a few islands, while there really isn’t any indication as to how far apart the SMB3 worlds are.

There’s no real sense of scale on this map from Super Mario Advance 4.
There are also only seven worlds instead of eight (not counting the Star and Special Worlds), and the boundaries between them aren’t always as clearly defined. The connected map is pretty cool, but three out of the seven worlds have the same map music. Of course, “world” means several different things in the Mario universe. Not all the worlds have themes quite as discernible as in its predecessor, but there are icy and dark worlds, as well as a forest, which we didn’t see in SMB3. This one also uses food in much of its naming scheme: Donut Plains, Vanilla Dome, Butter and Cheese Bridges, Soda Lake, Cookie Mountain, and Chocolate Island. 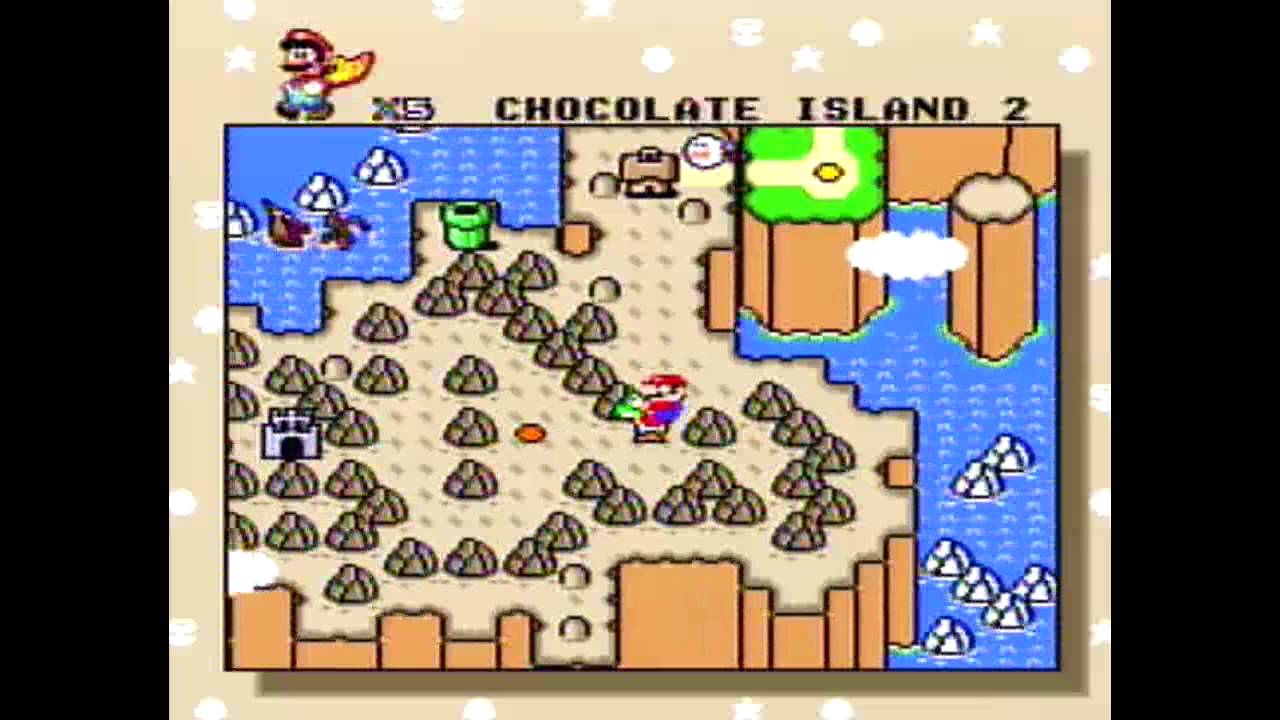 Landscapes made of food are quite common in fairy tales, as well as in some other games, but here they don’t really affect the gameplay. Culinary names also appear in Wario Land and New Super Mario Bros. U. It kind of seems like there are two types of themed worlds in Mario games, environment-based and gimmick-based, although there’s certainly some overlap. Giant Land in SMB3 is more of a gimmick, as are many of the levels in Super Mario Land 2, which was also the first game to bring Mario into space (although he’d been there a few times in the Super Show).

This sort of thing is also common in Super Mario 64 and the Super Mario Galaxy games, which don’t utilize the world-level system. The original Super Mario Land has worlds based on real and/or mythical places: the Egyptian desert of Birabuto, the watery Muda that’s sort of a cross between Bermuda and the lost island of Mu, the Easter Island equivalent Easton, and the Chinese-themed Chai.

I’m not really that familiar with the New Super Mario Bros. series, but I’ve looked at the world themes, and it kind of seems like they aren’t really adding much that’s new. There’s a video I saw recently complaining that the worlds tend to fit into the same few basic themes: grass, desert, beach, forest, snow, mountain, sky, and lava.

Sure, there are some variations, like whether the forest is deciduous or tropical, but I do think they could vary the environments a bit more. Is it just laziness, or do they think people will bitch that there’s no desert world in a game? I get that they’re throwbacks in a way, but that doesn’t mean they can’t bring in new settings. Three out of four of them use the Koopalings as bosses, and some of them seem to gravitate toward specific types of worlds. Lemmy is in charge of a wintry world in SMB3, SMW, and NSMB; and a manual or something from Mario Is Missing claimed that he wasn’t participating in Bowser’s plan because he preferred to play in the snow in Antarctica.

Picture by Lucario Sensei
Wendy often appears on islands, and her taking over Chocolate Island could related to her fondness for candy. Those are supposedly candy rings she’s firing in SMB3, even if my wife insists they’re inner tubes.

Not all of the games in which the Koopalings appear fit this pattern, however.
Also, as someone who likes to imagine the Mushroom World as a whole, are all of these deserts and snowscapes the same places or different ones?