No Good in the ‘Ood

I wrote about the character of Kandar from Dragon Quest III about two years ago, thinking at the time it was a little bizarre to dedicate a post to a minor recurring boss, albeit one I found memorable. It turns out that I didn’t even scratch the surface where this guy is concerned, and I mostly blame inconsistent translation.

Even back in the NES days, there were some problems with this. The original Dragon Quest referred to a character named Yukinofu as the last owner of the Armor of Loto, but the English translation changed Yukinofu to Wynn (and Loto to Erdrick, but at least that was consistent). Then, when you finish the American version of Dragon Warrior III, a shopkeeper in Hauksness says he named his son Yukinov, a reference you’re not going to get unless you know the (already pretty obscure) character’s original Japanese name.

I believe later translations make it Yukinov in both games. It’s even more confusing now that the games have been released on different systems and translated by different teams. The modern translators have a penchant for puns and themed names, which I’ve seen some fans complain about. Personally, if I weren’t cool with that kind of thing, I never would have made it through the Oz books. But it does mean you might miss some references if you’re familiar with different translations of other games in the series. It’s hardly limited to DQ; just ask Dr. Light, Dr. Robotnik, or Princess Peach. Anyway, I believe the character has consistently been called Kandata in Japanese, after “The Spider’s Thread,” a short story by Akutagawa Ryunosuke. This Kandata was also a thief whom the Buddha decided to save from Hell because he’d once spared the life of a spider, so he let down a spider thread for the damned man to climb. When he refused to let anyone else climb it, his selfishness led to the thread breaking and his ending up back in Hell. So the name probably doesn’t actually have anything to do with the Malay for “pole,” as I guessed before, although I suppose it’s possible that influenced the translators. 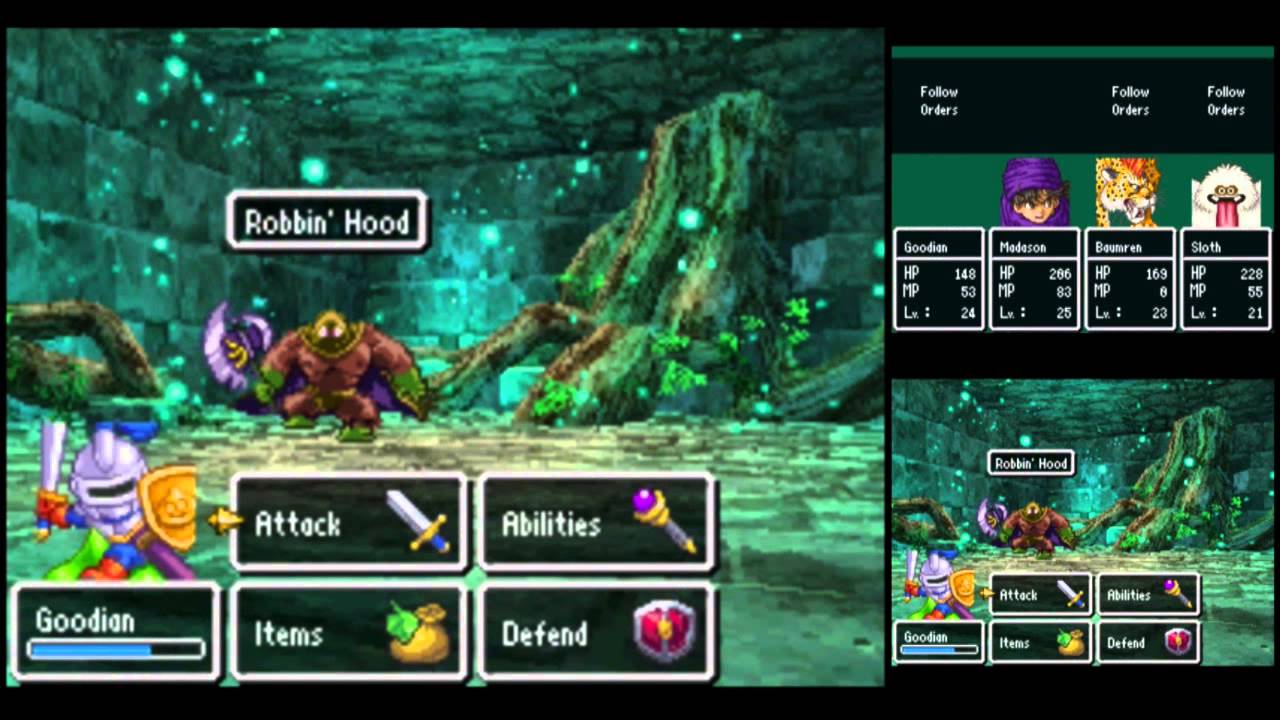 Kandata appears again in Dragon Quest V as an assassin hired by the Minister of Gotha to kill you before you can return the token to prove you’re the rightful king. It probably wasn’t intended to be the exact same character, although it could have been; later games do sometimes have cameos from earlier ones, even though they seem to take place on different worlds. Regardless, he’s still a hooded man with an axe. In the DS version, though, he’s called “Robbin’ Hood” instead of Kandar, a play on…okay, I probably don’t need to explain that one. So again, I didn’t catch the reference, although I might have noticed the resemblance. It was some time ago that I played that part of the game. I’ve also seen it mentioned that Dwight Dwarf is basically a smaller version of Kandar/Robbin’ Hood, whose name is sometimes spelled “Robbin’ ‘Ood” as well.

And in the Dragon Quest Monsters sub-series, he’s married, and in typical cartoon fashion to a woman who’s more or less a female version of himself. Known as “Kandata Waifu” or Robbin’s Old Lady, she has pigtails and carries a frying pan and a spatula.

She actually looks a lot like the slug demons from DQ9, and I guess there’s no way to tell for sure that she’s even human.

There are also the Robbin’ Ladies, a trio consisting of the enormous Chocolat, the whip-wielding Hachini, and the tiny Hildy ‘Ood. I’m not sure why Hildy seems to be the only one with an official English name, but that could just be incomplete information. I doubt it’s explained whether these three are relatives of Robbin’ ‘Ood and/or his old lady or just have similar fashion sense. There’s also an intriguing reference on this page: “In one of the texts related to Dragon Quest II, he is revealed as the founder of Delkondar.” I wish it were more specific about what text this is. It does fit with his remaining in Alefgard at the end of DQ3. Delkondar or Dirkandor is the island castle called Osterfair in the original English translation, where the king gives you the Moon Crest if you can defeat a saber-toothed cat in battle. I could probably buy that this dude is a descendant of Kandar’s.

1 Response to No Good in the ‘Ood