Stand by Your Madman

I have to suspect that part of the reason Republicans have trouble distancing themselves from Donald Trump is that conservatism promotes loyalty to a leader as long as they’re officially on your side. There’s a reason monarchy and fascism are essentially right-wing forms of government. Conservative religion and parenting also tend toward the authoritarian and unquestionable. 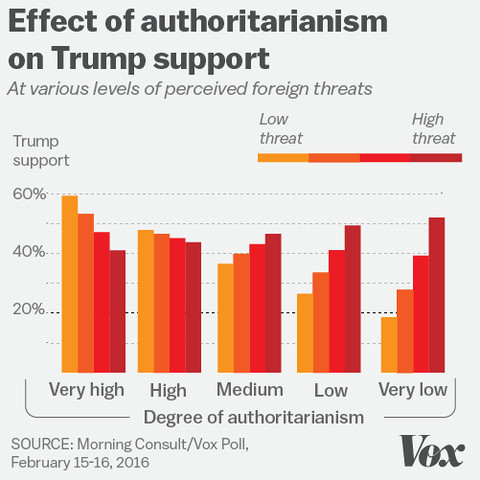 As much as Republicans claim to hate the government, it seems like they’re totally loyal to specific individuals in the government. 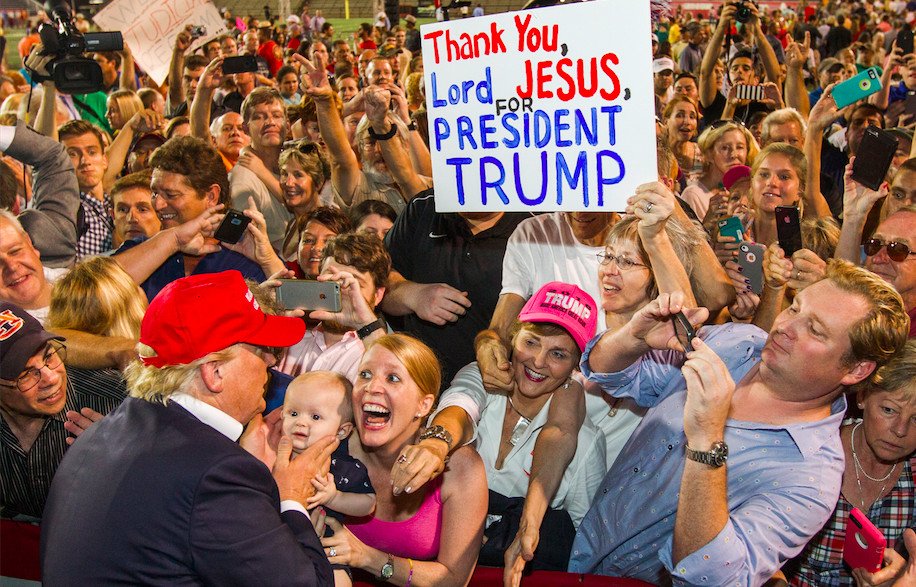 That could be why you see otherwise intelligent people bending over backwards to accommodate Trump’s idiocy, and to insist criticizing the President is wrong even though they do it all the time under Democratic ones. But then, according to a lot of them, President Obama was illegitimate anyway. While I am being partisan, I’m not even trying to claim that liberals are always smarter or more individualistic, just that they don’t generally seem to have the same sense of unwavering loyalty. I sometimes get the impression that this is so confusing to conservatives that they just assume liberals have the same sort of motives they do, only better hidden. Remember when Republicans tried to claim Obama’s executive actions were overstepping the law, but then didn’t have a problem with Trump churning out a whole lot of really stupid ones pretty much immediately? When liberal leaders try to make sure the air is clean and far fewer people are starving, they’re accused of having some kind of sinister agenda. I remember Sean Hannity in particular constantly claiming Democrats saw Obama as the Messiah, but while he was certainly a popular and charismatic figure, I don’t recall much obsessive, unflinching admiration for him. Liberals have no problem criticizing those on their own side. If anything, the Democratic Party comes across as being so eager to get along with everybody as to not be able to accomplish much. Republicans, by not even considering what their opponents might think, often come up with much bolder ideas. Some of them don’t go over too well (just look at the recent health care bill), but there’s more of a sense that they know what they want and aren’t trying to please everybody. That’s not to say there aren’t some corrupt and underhanded things going on with Democrats. Last year, Democratic National Convention chair Debbie Wasserman Schultz did her utmost to make sure Hillary Clinton was favored over other primary candidates, or at least that’s what people strongly suspect. Interesting that the Democratic Party did their last to get the establishment candidate nominated, while the Republican leadership appears to have backed an extremist because they didn’t want him running as a third-party candidate.

Both parties have the ritual of the primary candidates deciding after the nomination that someone they were recently claiming was dangerously incompetent and possibly in collusion with Satan is now their best friend, but Republicans seem to be more extreme in both respects. Ted Cruz held out for a while, but it didn’t last.

And Cruz supporters who continually pointed out how dangerous Trump was (and they weren’t wrong, although they were pretty much ignoring that Cruz was as well) were opportunistic to switch their loyalty to him, with Kellyanne Conway perhaps being the most obvious example. They’re putting power over integrity, I suppose. And Trump DOES support many of the same things these other politicians do, like lower taxes on the rich and severely weakened regulations. I just kind of wonder if you should ride with the guy with severe road rage because he’s going toward the right destination. Is Assistant to the Buffoon (or, for short, Jackassistant) really a prestigious enough position to grovel for it? But if you were to admit the President might be wrong, then you’d be weakening Republican power! And it’s probably a vicious circle as well, because authoritarian leaders don’t act too kindly toward those who DON’T kiss their asses. It might be the only way for YOU to eventually become ruthless dictator.

So, did I generalize enough for you there? I certainly don’t know the motives of every Trump supporter, and perhaps not of any of them, really. But I do think there’s kind of a trend toward unchecked power when Republicans are in charge. It’s like Sideshow Bob said: “Deep down you long for a cold-hearted Republican to lower taxes, brutalize criminals, and rule you like a king.” When that episode first aired, by the way, I didn’t realize Kelsey Grammer was actually a pretty hardcore conservative, so he was essentially poking fun at himself. Then again, maybe we’re back to money over principles.

1 Response to Stand by Your Madman