I just recently watched Clash of the Titans and Jason and the Argonauts, two movies released eighteen years apart, but that I see as a natural pairing. They’re both based on Greek mythology, and both have stop-motion special effects created by Ray Harryhausen. In fact, I think Clash was the last film he worked on. 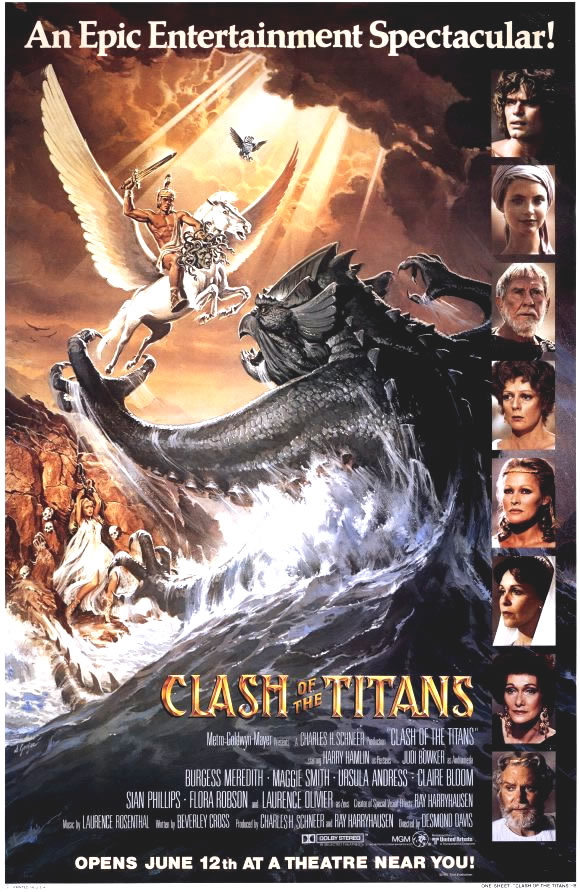 I think I had seen most of Clash as a kid, and I remember being a little bothered by how loosely it played with Greek mythology. Don’t get me wrong; even back then I was well aware that there was no one official version of the myths, and details were totally different depending on the source material. Still, both Medusa and the Kraken are referred to as Titans, when the former is a Gorgon and the latter a monster from Scandinavian folklore (although I don’t think I knew that at the time). Despite the non-Greek name, the Kraken does play the same role as a monster from the Greek myths, Cetus, who was sent by Poseidon to destroy Joppa. His appearance in the movie isn’t much like either the traditional Kraken or depictions of Cetus that I’ve seen.

Another character, Thetis’ son Calibos, has no counterpart in mythology at all. Named after the half-human Caliban from Shakespeare’s The Tempest, Calibos was originally supposed to marry Andromeda, but he committed several atrocities including killing all of Zeus‘s winged horses except for Pegasus. As punishment, Zeus turned him into a monster, sort of a satyr but with a long, thick tail. With some help from the gods, Perseus manages to kill both Calibos and Medusa, and uses the Gorgon’s head to turn the Kraken to stone. For the most part Perseus is portrayed as a noble character, with the major exception being when he uses his invisibility helmet to sneak into Andromeda’s bedroom and watch her sleeping. Yes, this lets him see Calibos’ vulture capturing her, but still, nice job being a creep, hero!

In addition to the creatures I’ve already mentioned, Perseus also does battle with witches, scorpions, and a two-headed dog.

Another notable character is the mechanical owl Bubo, created by Hephaestus to aid Perseus in place of Athena‘s own pet.

Bubo sounds a lot like R2-D2, which was likely intentional, although Harryhausen claimed otherwise. Laurence Olivier appears as Zeus, Maggie Smith as Thetis, and Burgess Meredith as the blind poet Ammon.

Jason mostly follows the myth of the Argonauts, but again with some changes made to better show off the effects. Instead of having a dove fly through the Clashing Rocks, a giant Triton holds them apart so the ship can pass through. 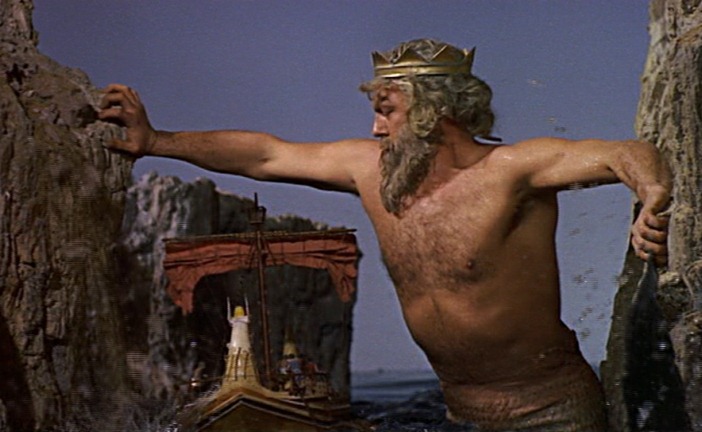 The figurehead of the Argo sometimes speaks with the voice of Hera, moving its eyes in a way that reminds me of those old dolls with the weights in their heads.

Talos appears earlier in the story as an enormous bronze statue, although the bit about having to release the ichor out of his foot remains the same.

And the dragon guarding the Golden Fleece is replaced by the many-headed Hydra, which Jason fights directly by stabbing it through the heart instead of having Orpheus put it to sleep.

In fact, Orpheus isn’t even in the movie, nor are the Boreads. Hylas does appear, but he’s crushed by Talos instead of being captured by a nymph. 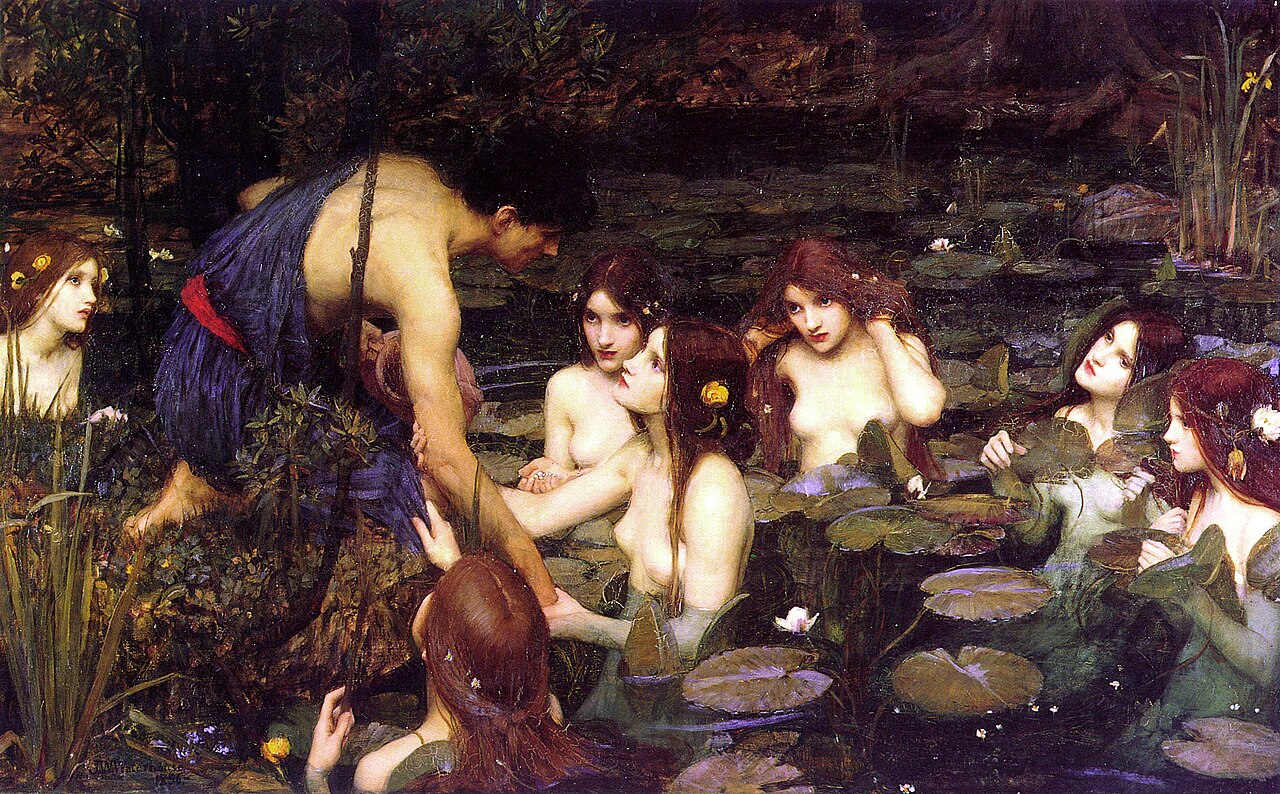 John William Waterhouse had a real knack for painting attractive mythical women.
When I first heard Hylas’ name, I confused him with Iolaus, Hercules‘ nephew who accompanied him on several of his adventures. One of the most notable scenes is that of the skeletal warriors, which took four months to create.

Having become accustomed to more modern effects, these stop-motion creatures come across as kind of campy nowadays, but no less impressive for that. I found it interesting that the Golden Fleece had healing powers as it does in Rick Riordan’s The Sea of Monsters, but apparently that idea has been around for a while despite not appearing in the earliest known versions of the myth. Also, Hera’s hairstyle from this film needs to make a comeback.

One thing I probably wouldn’t have thought of if I’d watched these movies when I was younger was that pretty much everybody was white, which is to be expected of a product of its time. Still, Colchis was in modern-day Georgia (the Asian one) and Joppa near Tel Aviv, although its rulers were said in the myth to be Ethiopian. I understand the actress who played Andromeda in the 2008 remake was of Jewish ancestry, at least. I don’t have any particular desire to watch that version, but I might end up doing so someday.

1 Response to Come on-a My Harryhausen