It’s All About Mimi 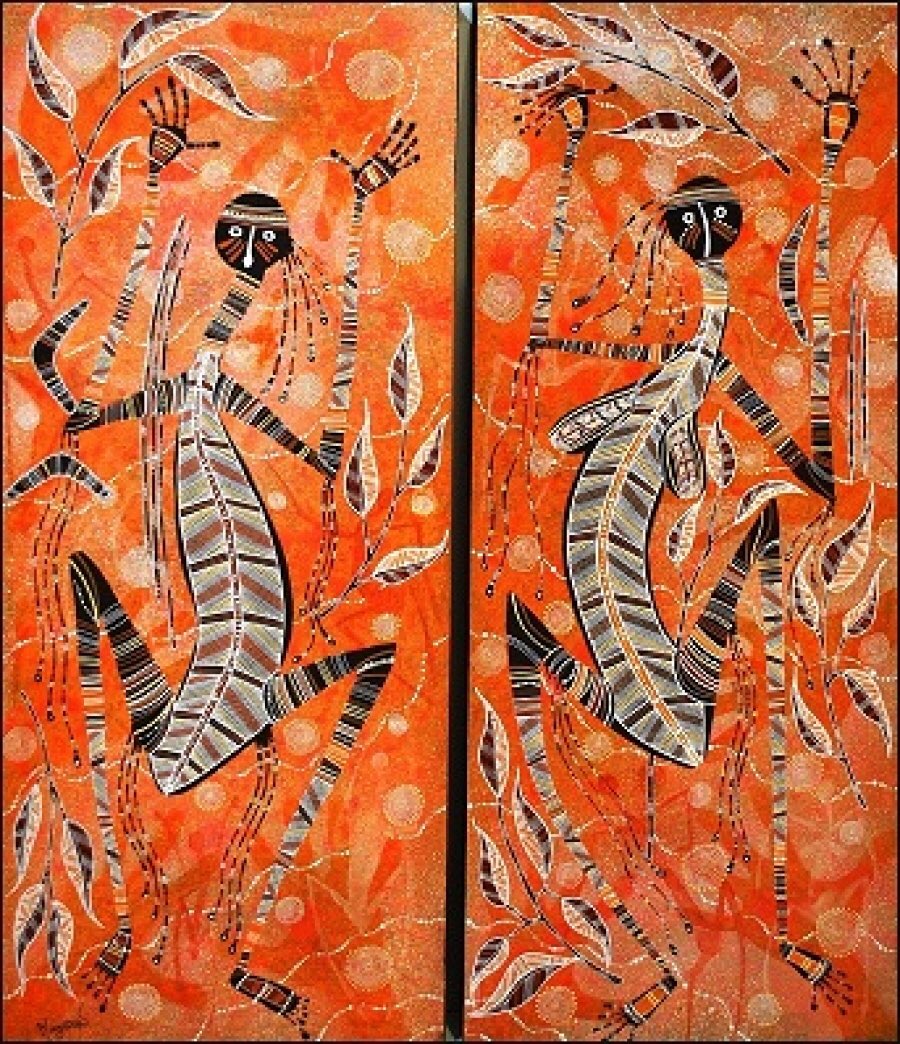 Last week, I finished reading the last book in Patricia Wrightson’s Song of Wirrun trilogy based on Australian mythology, which taught me about a few spirit beings from aboriginal folklore. One of them was the Mimi, a kind of spirit said to be so thin and frail that they could be blown away or broken apart by the wind. Because of this, they usually dwell inside or between rocks.

They apparently had more human forms at some time in the past, but lost them when the land was settled by modern humans around 60,000 years ago. Their job is to clean up after storms, and they are also skilled hunters and painters. They will hunt emus and kangaroos, but apparently also will tame the latter.

Picture by Robin Nganjmira
While they presumably eat meat, they are also quite fond of yams. Long ago, they taught humans how to hunt, make fire, and paint; and they are popular subjects in art, particularly in Arnhem Land in the Northern Territory.

Mimis are not always beneficent to humans, however, especially humans who intrude on their territory or bother them. They’ve been known to play tricks or physically lash out, and even to trap humans in their caves and/or eat them. 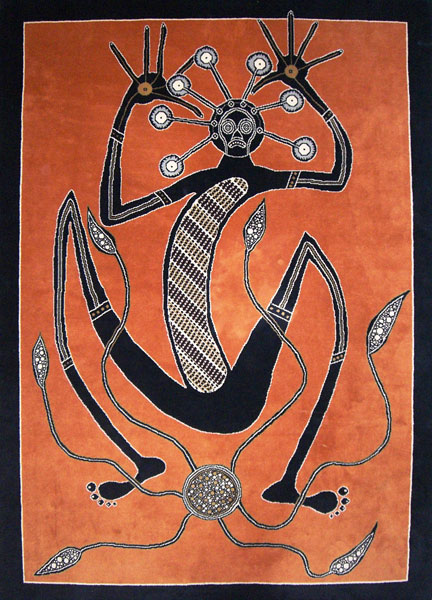 It’s a pretty typical aspect of fairy and spirit lore that such beings aren’t really good or evil, but rather amoral and capricious, helping or hurting as they see fit at the time. I haven’t been able to find many particular stories about them, aside from this one about a father rescuing his son from their world. So many pages I found through Google just cut and pasted the same information, something I learned not to do in elementary school. Another significant creature in Wrightson’s series was the Yunggamurra, described as a siren-like river spirit that lured men to the water to drown. One of them is exiled from her sisters and becomes Wirrun’s wife. I can’t find anything from searching this term other than references to the trilogy itself, so I have to wonder if it’s usually known by some other name. I have found some mentions of river spirits who drown people in Australian lore; they seem to be pretty ubiquitous in world mythology. I also found this musical adaptation of Wrightson’s work by Betty Beath, with vocals by Laura King and piano by Jonathan Wilson.