There Goes the Sun 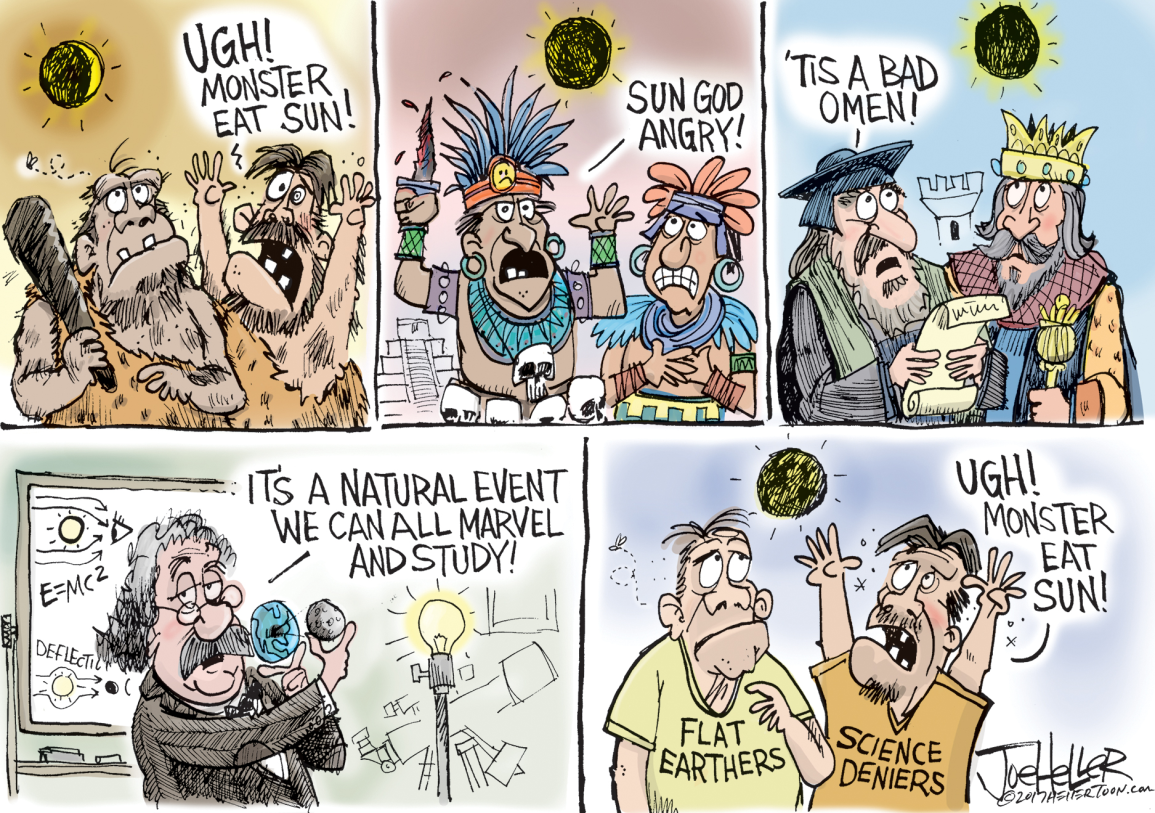 I thought I might do something with mythology related to eclipses this week, and this page gives an overview of some such explanations. It was apparently pretty common to assume the Sun was being eaten when it disappeared during the day. Hindu mythology holds that the one who does so is a demon called Rahu, who’s portrayed as a disembodied head.

He was originally part of an asura named Svarbanhu, whose story starts with the war between the asuras and devas. Shukra, the wise guru of the asuras and perpetual enemy of Vishnu, would resurrect his fellows whenever they fell in battle, so it looked like there was no end in sight. So Vishnu proposed stirring up the ocean to produce the elixir of immortality known as amrita, which would then be distributed to both sides. The stirring was done with a mountain supported by a giant turtle, the second avatar of Vishnu.

Before the amrita emerged, a deadly poison arose from the churning, which Shiva drank in order to save everyone else. He managed to trap the poison in his neck, which turned blue.

Vishnu then became the beautiful female dancer Mohini, who distracted the asuras so that she could give amrita to the devas alone.

Svarbhanu figured out the trick and disguised himself to get some of the nectar, but the Sun and Moon gods Surya and Chandra recognized him as a demon, and alerted Mohini.

Silly asura! Amrita is for devas!
She cut off Svarbhanu’s head with a wheel, but as the asura had already swallowed the amrita, his head and body became two separate immortal entities.

They were then situated at opposite points in the sky, the head at the north lunar node and the body at the south. They are sometimes shown as part snake, the explanation being that Brahma or Shiva provided parts from a serpent so they would both be complete entities. 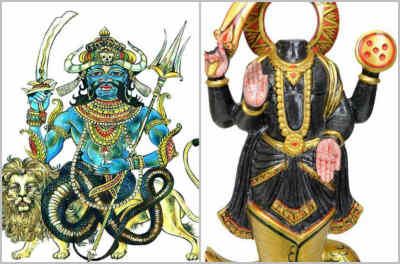 The head, Rahu, was constantly ravenous and never satisfied, as it had no body to fill. Maybe that also explains Pac-Man.

Waka waka waka waka….
For revenge, he would swallow the Sun whenever it came near, but it would then come out through his neck.

The body, Ketu, would eat the Moon, causing lunar eclipses.

Hindu astrology considered them invisible planets, and their names were later given to Neptune and Uranus. So many mythical explanations for natural phenomena involve presumably conscious beings doing the same thing over and over, even though they must know it’s not going to turn out any differently than before. Then again, what else is a disembodied head going to do? Well, I suppose it could offer advice to Odin.

Picture by Sam Flegal
In a Buddhist scripture, Rahu is said to have captured both Surya and Chandra, but they prayed to Buddha, and he threatened to cut Rahu’s head into seven pieces if he didn’t release them.

Finally, in Final Fantasy VI, Rahu and Ketu are the arms of the monster Inferno, who appears in Kefka’s tower. They both can function independently of Inferno‘s body, which is presumably why they have those names, despite not being the head and body. In the Super Nintendo translation, they were instead called Rough and Striker, respectively. 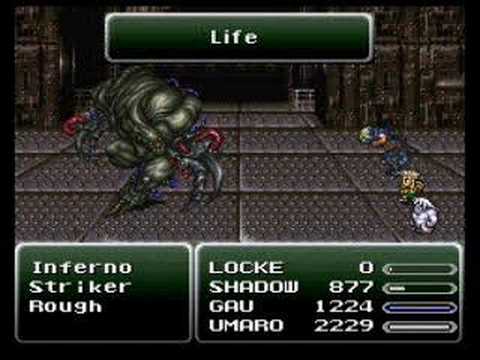