Not My First Rodeo

Here are my thoughts on a few Oz books I’ve read recently. Non-Oz book reviews should be coming soon. 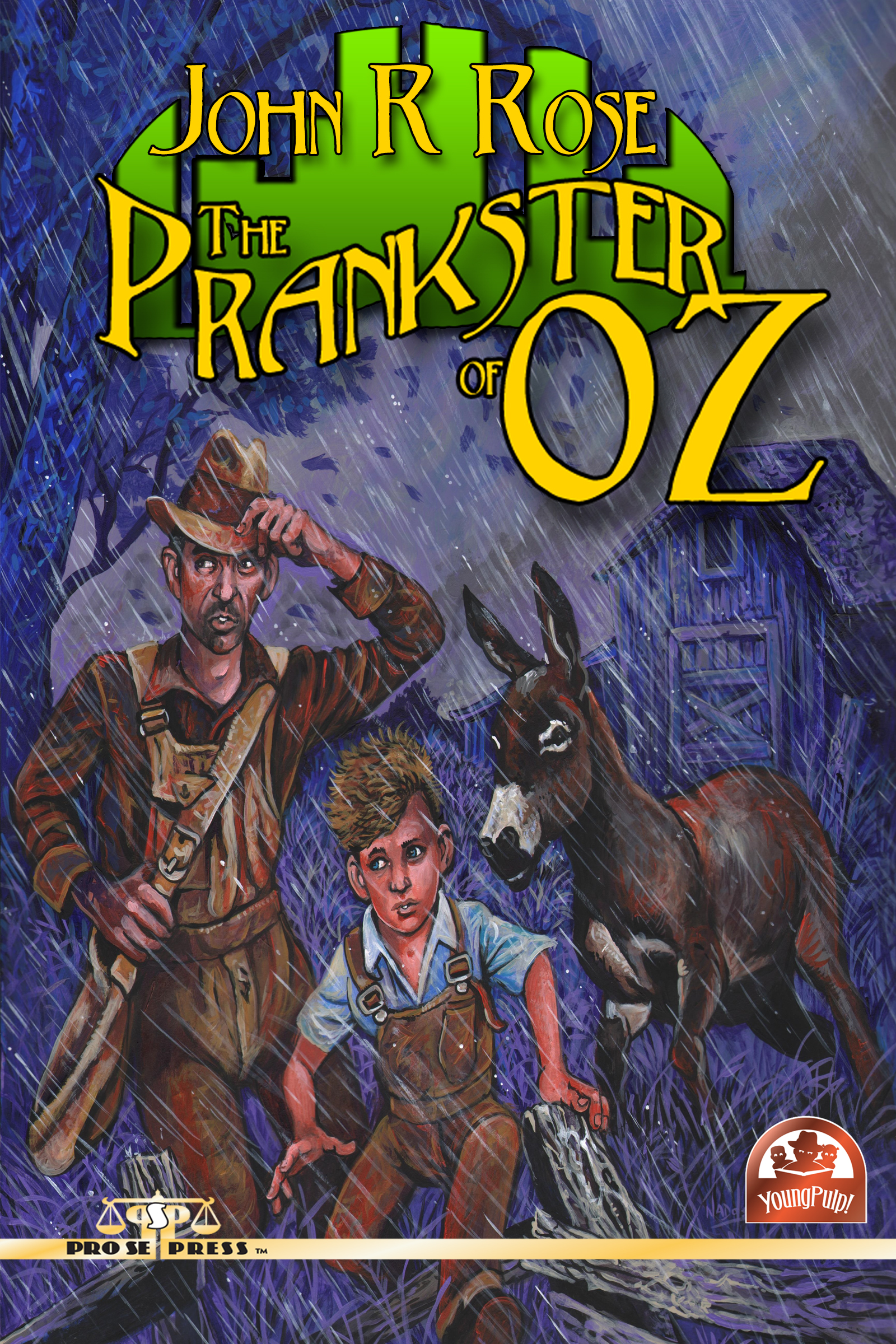 The Prankster of Oz, by John R. Rose – It’s weird how Oz items I’ve never heard of sometimes show up on Amazon. Shouldn’t the online Oz community be on top of these things? It’s not like it’s easy to search, as “Oz” yields a lot of unrelated results, as well as countless editions of the original books. According to his biography, the author grew up on a farm in Kansas, and is a fan of Westerns and pulp novels. So perhaps it’s not surprising that this book comes across as somewhat of an Oz Western, not because it takes place in the west of Oz (well, some of it does, but more of the action is in the Munchkin and Gillikin Countries), but because it’s an Oz with ranches, homemade pies, razorback hogs, and a covered wagon. These things are all introduced in a framework that fits in pretty well with L. Frank Baum’s original conception of the fairyland, however, and featured characters include Woot the Wanderer and Captain Fyter. New visitors to Oz are a retired farmer, a wandering boy, a mule who’s actually one of Santa Claus’s reindeer under an enchantment, and a dog made of wire. The titular Prankster turns out to be the one who transformed the reindeer, and also worked many other nasty spells around Oz. He apparently does this just for fun, but we really don’t even see him until he starts feeling remorseful about his actions. We might have been able to use a little more of his working the enchantments in the first place. The ending is somewhat abrupt, leaving it a mystery as to whether the visitors decide to stay in Oz or return home. It’s definitely a different sort of take on Oz, but one that shows a clear fondness and familiarity for the series. 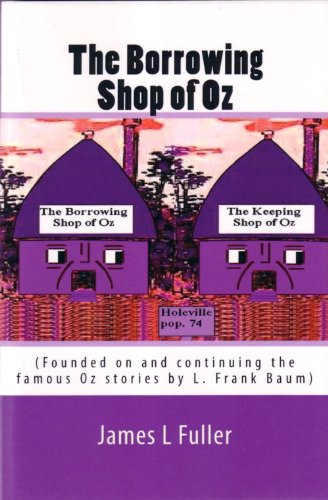 The Borrowing Shop of Oz, by James Fuller – I’d heard of Fuller’s books some years ago by way of Joe Bongiorno’s Royal Timeline of Oz. Some of his works have an adult Dorothy, but others are in a more traditional vein, and this is one of the latter. The plot centers around a shop where Ozites can borrow things that disappear from the Outside World, and then return them later. I’m not entirely sure why this is necessary, and it seems like it could cause problems. For instance, if the Wogglebug has borrowed my toothbrush this way, he really should have just kept it. Anyway, Scraps borrows a camera belonging to the Polos, an American family, and her pictures get mixed up with theirs. The Polos are transported to the shop and travel to the Emerald City, encountering Betsy Bobbin and the Hungry Tiger and seeing some of the sights from Glinda of Oz along the way. There are also some rodeo clowns, which is weird when I’d just read another Oz book with Western elements. When they arrive in the capital, Scraps, who is serving as interim ruler, has them arrested because no outsider is supposed to know about the borrowing shop, including Dorothy, who is a Princess of Oz. With Dorothy’s help, they escape to Glinda’s palace where Ozma is staying, only to have their food drugged and to be forced to stand trial. I would imagine Fuller was inspired by the trial in Patchwork Girl, only this one seems even more pointless as Ozma just repeals the old law that keeps outsiders from knowing about the shop. It makes the familiar characters come across as a bit sinister. The Polos don’t come across as particularly interesting, and the writing could have used a little more zest. The premise and some of the elements are pretty good, but it could have stood a bit more fleshing out. 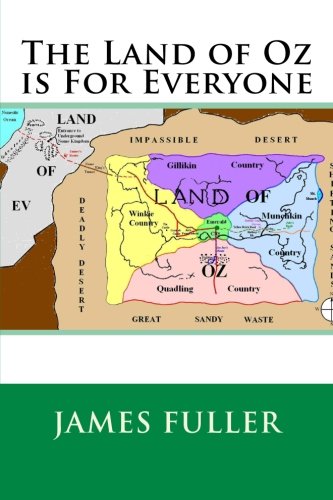 The Land of Oz Is for Everyone, by James Fuller – This one has another large group of Americans visiting Oz, in this case a multicultural group of students and their teacher. The kids have learned prejudices from their parents, so Ozma arranges a team-building exercise to get them to work together and understand each other. One group of students is transported to the Munchkin Country, another to the Quadling, and a third to the Land of Ev. It’s a little heavy-handed, but what bothered me more is that the characters don’t really do that much while in fairyland.

Ages of Oz: A Fiery Friendship, by Lisa Fiedler and Gabriel Gale – This is the first book in an intended series from Simon & Schuster, which is pretty impressive. It’s a prequel to the Baum books set in the eighteenth century, starring a young Glinda and Locasta. They’re joined by a boy from the New York colony and a bald eagle in their quest to overthrow the Wicked Witches who have conquered the four countries of Oz. There are a few things the book has going for it, including Baum-related references (character names include Matilda, Maud, and Gage), fun and Ozzy-sounding names like Aphidina and Abrahavel J. Squillicoat, some word puzzles and puns, an attempt at a developed history of Oz, and the running gag about the useless classes taught at Glinda’s school. I also suspect the Queryor might have been inspired by the Curious Cottabus. Still, the book didn’t really grab me. Many of the right elements are there, but it doesn’t come across as all that Ozzy, and the writing doesn’t strike me as especially engaging. I sometimes found myself forgetting that certain characters were present, or why they were there. I guess coming at it from the point of view of a long-time fan makes me a bit biased in the sense that I’ve read fan-written works better than this, and they didn’t get anywhere near the same level of promotion. Regardless, if this series can get more people interested in Oz, that’s a good thing.

7 Responses to Not My First Rodeo