Save Your Drama for the Yamas

Yama Yama Land: Where Everything Is Different, by Grace Duffie Boylan, illustrated by Edgar Keller – There were several books released in the early twentieth century that were largely imitative of The Wonderful Wizard of Oz, both in story and in appearance. I’d read a few of them online before: Eva Katherine Gibson’s Zauberlinda, the Wise Witch, Paul Clarendon West and W.W. Denslow’s The Pearl and the Pumpkin, and Curtis Dunham’s The Golden Goblin. One that I couldn’t find online was this one, by an author who knew L. Frank Baum, Denslow, and Gibson; and published, like the Oz books, by Reilly & Britton. I did, however, eventually find a physical copy on Amazon Marketplace that wasn’t all that expensive. It’s the story of a little girl named Sylvie who visits a magical and whimsical subterranean land.

In a series of strange episodes, she meets a mechanic named Bibbo who can fix anything, giant frogs who sing badly, people who constantly stare at each other, giants who dwell in volcanoes, rebelling totem poles, a valley overrun with porcupines, and houses that move themselves.

She loses her memory of who she is, and becomes a princess of both Tall Timber Land and the Yamas. The plot is pretty loose and episodic, but there is a bit of an overarching story both in terms of Sylvie finding her way home and the Yamas gaining their independence. 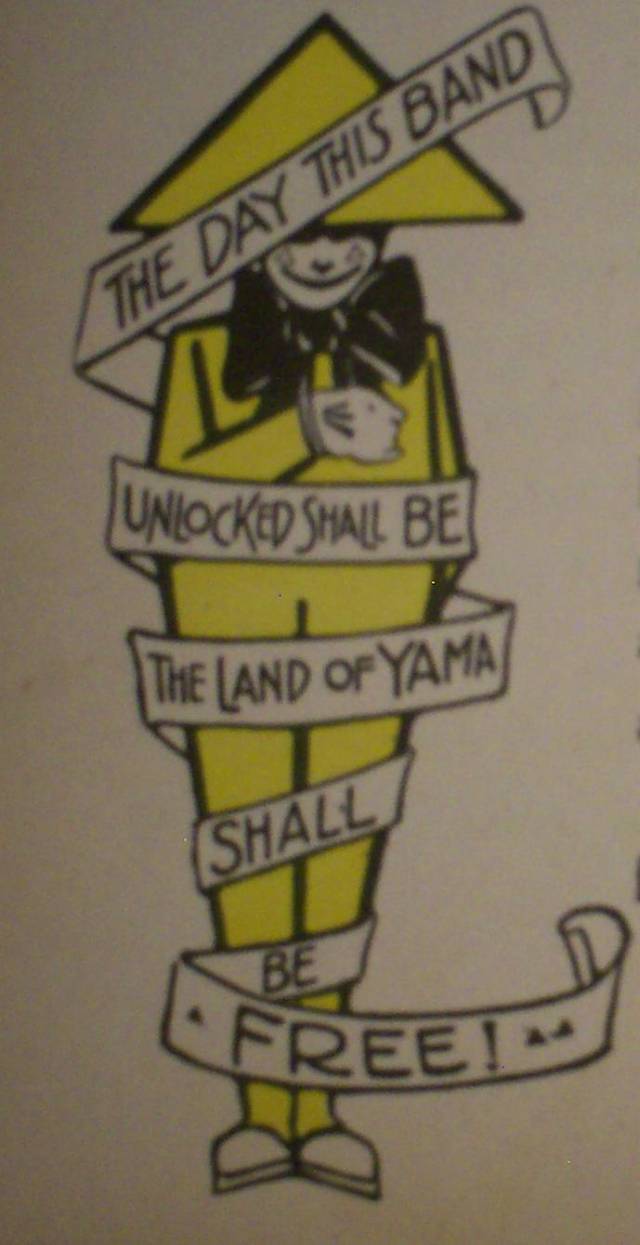 There are some obvious comparisons to be made to Baum and Oz. Sylvie ends up in an underground fairyland after being caught in a California earthquake, much like Dorothy in Dorothy and the Wizard in Oz, which had been published in the previous year. Lost things can be found in this land, an idea also used in Dot and Tot of Merryland. And the idea of living creatures tending volcanoes was later employed by Ruth Plumly Thompson in Grampa in Oz. There are some other significant influences on the book as well. The title comes from the popular song “The Yama Yama Man,” a comic number about a bogeyman, written by Karl Hoschna and Collin Davis for the 1908 musical The Three Twins.

It became the signature number of Bessie McCoy, who sang it while performing an elaborate dance in a clown suit. 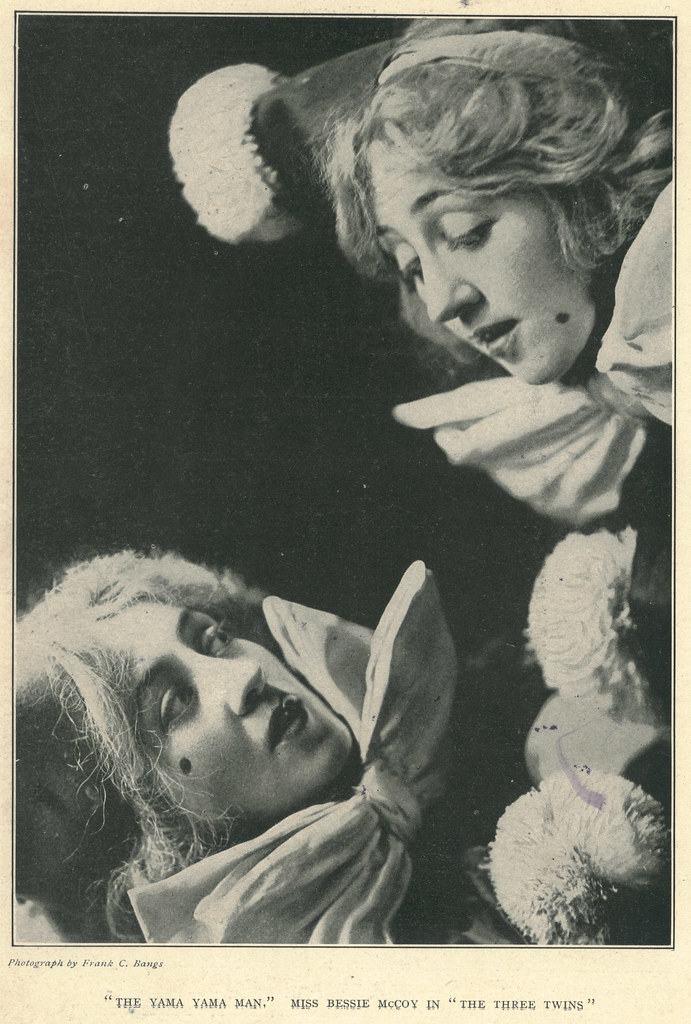 Recording artist Ada Jones, who also sang on recordings of songs made famous by the stage play of The Wizard of Oz, had a hit with it as well.

The descriptions and pictures of the Yamas in the book are heavily inspired by McCoy’s costume, if a little more alien with their triangular eyes and noses. The song title was apparently just intended as a bit of nonsense that rhymed with “pajama,” but Yama is also a death god in Hindu and Buddhist mythology, so I guess the name is appropriate for a spooky character. If Boylan was aware of this, that could be why the story is set underground. The book also belongs to the hollow Earth genre that was popular at the time, complete with references to an entrance to the underground world at the North Pole and extinct animals still living there. The illustrations include a lot of color, much of it laid out like in Wizard, with different colors representing different locations and incidents.

3 Responses to Save Your Drama for the Yamas