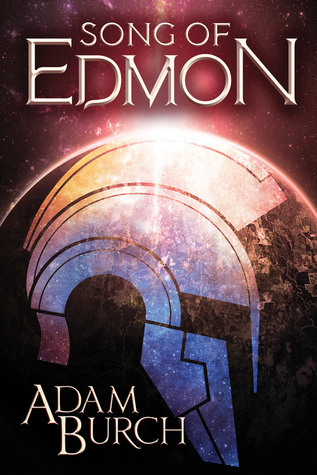 Song of Edmon, by Adam Burch – I was able to get the Kindle version of this book for free, and found it worth reading. The first novel by Burch, who’s otherwise a classically trained but not particularly well-known actor, it takes place in a future where humans have settled on other planets. The planet where this one is set has an orbit that leaves one part of it always in day and the other in night, and the society of the latter is reminiscent of ancient Rome with some other influences mixed in. The way to achieve fame and glory is by winning in combat. The story is told in the first person by Edmon, son of a king on the dark side and a Daysider woman. He favors a life of music over one of battle, but is repeatedly forced by his father to follow tradition. Edmon lives a tragic life, with friends becoming foes and seeming victories ultimately being to no avail. The world created here is an interesting one with a lot of gaps remaining, and the tale has elements of fantasy and political intrigue as well as science fiction. Several reviewers have mentioned how there aren’t really any strong female characters, and the space gypsy is a stereotype in many ways, so it’s certainly not perfect. It held my interest throughout, though. 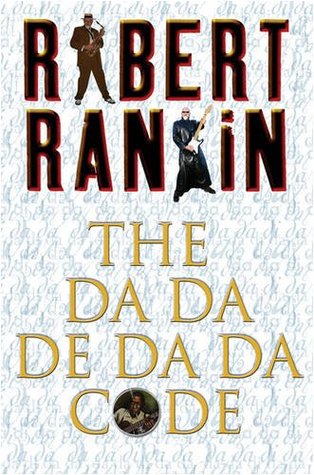 The Da-Da-De-Da-Da Code, by Robert Rankin – Pretty typical Rankin, full of running gags, conspiracy theories, pop culture references, local colo(u)r, the impending end of the world, and absurd plots. The protagonist this time is Jonny Hooker, a paranoid guitarist who can’t get his childhood imaginary friend out of his head, who gets wrapped up in mystery involving blues musician Robert Johnson and the Air Loom. There are several myths surrounding Johnson, one of the first known famous musicians to have died at the age of twenty-seven, and under mysterious circumstances at that; and who was said to have sold his soul to the Devil at a crossroads in exchange for his talent. According to this book, he made a thirtieth recording in London, called “Apocalypse Blues,” which contained the sound of the Devil’s laughter. Also mixed in is James Tilly Matthews, widely considered to have been a paranoid schizophrenic. He spoke of a mystical machine called the Air Loom (you have to love conspirators who incorporate puns) that could be used to cause pain or to influence the minds of heads of state. Several references to Matthews’ ramblings are scattered throughout the novel, and the man in charge of the Air Loom is Rankin’s recurring villain Count Otto Black. There’s also quite a bit on the Devil’s Interval, with mentions of how it’s used quite frequently in “The Dance of the Sugar-Plum Fairy,” and also appears in the opening theme for The Simpsons. The book has a reference to my favorite band, They Might Be Giants, as well, although not a very positive one; I understand that Rankin’s wife is a fan but he isn’t so keen on them. There’s a soundtrack for the album, with songs performed by Rankin, his wife, and other musicians.

Wizards at War, by Diane Duane – While looking for things to read recently, I remembered I’d never finished the Young Wizards series. The penultimate book brings together elements from all of the previous ones in sort of a grand battle for the universe. Ronan, the Irish boy who carries the Archangel Michael inside him; and the alien wizards from Wizard’s Holiday play significant roles, as does Kit’s dog Ponch. The Lone Power (the series’ name for the Devil, who is the creator of entropy) is speeding up the expansion of the universe, causing serious effects all over. There’s also news of the birth of the Hesper, basically the good version of the Lone Power. There’s a lot going on here, and it’s nice to see old characters again.