The Shapelessness of Things to Come 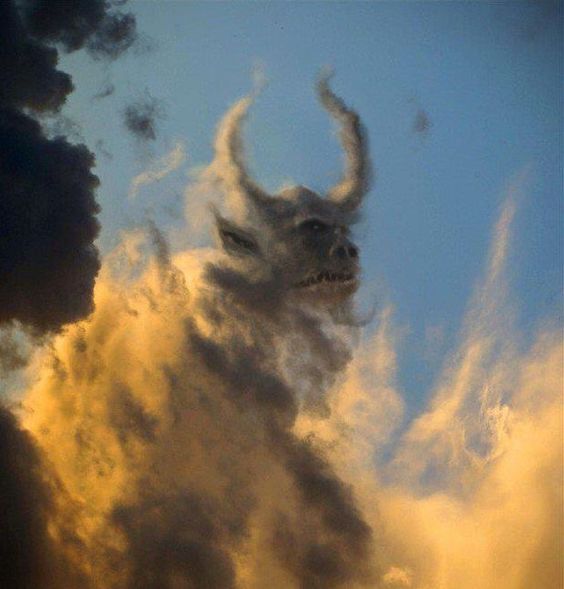 I haven’t been doing too many mythology posts recently, but here’s a short one. The Brollachan is an amorphous monster from Scottish mythology. While it has no regular shape, it does have visible red eyes and a mouth. It is only capable of saying two words, “myself” and “yourself.” By Rachael Mayo
It can be between two feet and two meters in diameter, and is capable of possessing living things of about the same size. When it does, the victim will appear darker with glowing red eyes, and will often convulse. It will soon wither and die, after which the Brollachan will have to abandon it and take another host. Brollachans tend to live in uninhabited areas, particularly bogs, but are still susceptible to the cold. Hence, they will sometimes wander into homes in order to become warm. A story I found online concerns a Brollachan entering a mill where a boy is sleeping and lying by the fire. The boy throws peat onto the fire, and the resulting flames burn the Brollachan. Its screams brought the creature’s mother, but its limited vocabulary meant him was unable to tell her who had burned it. There are some shades of Grendel there; mothers of monsters tend to be rather overprotective. Just look at Ed Gein. Anyway, the mother is identified as a Fuath, pronounced like “vough,” and meaning “hate.” The term refers to several different kinds of malevolent water spirits. Picture by SystemCat/Erin
Their forms varied, but at least some of them had yellow manes down their backs, webbed feet, spiked tails, and no noses. They usually dress in green.

The Brollachan was sometimes considered to be a younger form of a Fuath, basically a larval stage. The Fuath could also breed with humans, and their offspring tend to have webbed toes. Like many fairy creatures, Fuath are said to be terrified of iron, and also fear sunlight and crossing streams.