Super-Battle of the Sexes

Batgirl: A Celebration of 50 Years – I didn’t really know that much about Batgirl, part of the tradition of female superheroes modeled after male characters, although she did have her own personality and motivations. The name Bat-Girl was first used for Betty Kane, niece of Batwoman Kathy Kane, back in 1961. The better-known Batgirl, Barbara Gordon, debuted in 1967 largely so she could be used on the Adam West television show.

She’s the daughter of Police Commissioner Gordon and a librarian who is also skilled in martial arts.

In 1988, she became paralyzed after being shot by the Joker, and took on the name Oracle, allowing other women to take the Batgirl moniker. I don’t know if Cassandra Cain, the daughter of assassins, was purposely named after the earlier Kathy and Betty Kane, although I suspect all of them reference Batman co-creator Bob Kane. Anyway, the book is a pretty good overview of the character, including both more serious and kind of silly stories.

Henchgirl, by Kristen Gudsnuk – I know the creator in this case, so I don’t know that I’m qualified to write an unbiased review, but I did quite enjoy this; it’s funny and clever, but also has its sad moments. The titular character, Mary Posa, is the daughter of two superheroes, but works as a minion for a butterfly-themed supervillain. She’s a bit of an ambivalent character, committing crimes but doing her best to prevent the gang from doing really evil things like robbing an orphanage. It’s easy to sympathize with Mary, someone who’s in over her head and has to deal with dealing with plenty of regular life issues in addition to the criminal thing. That’s true even when the plots get ridiculous, like when she goes back in time with memories of the present and is thought to have psychic powers. 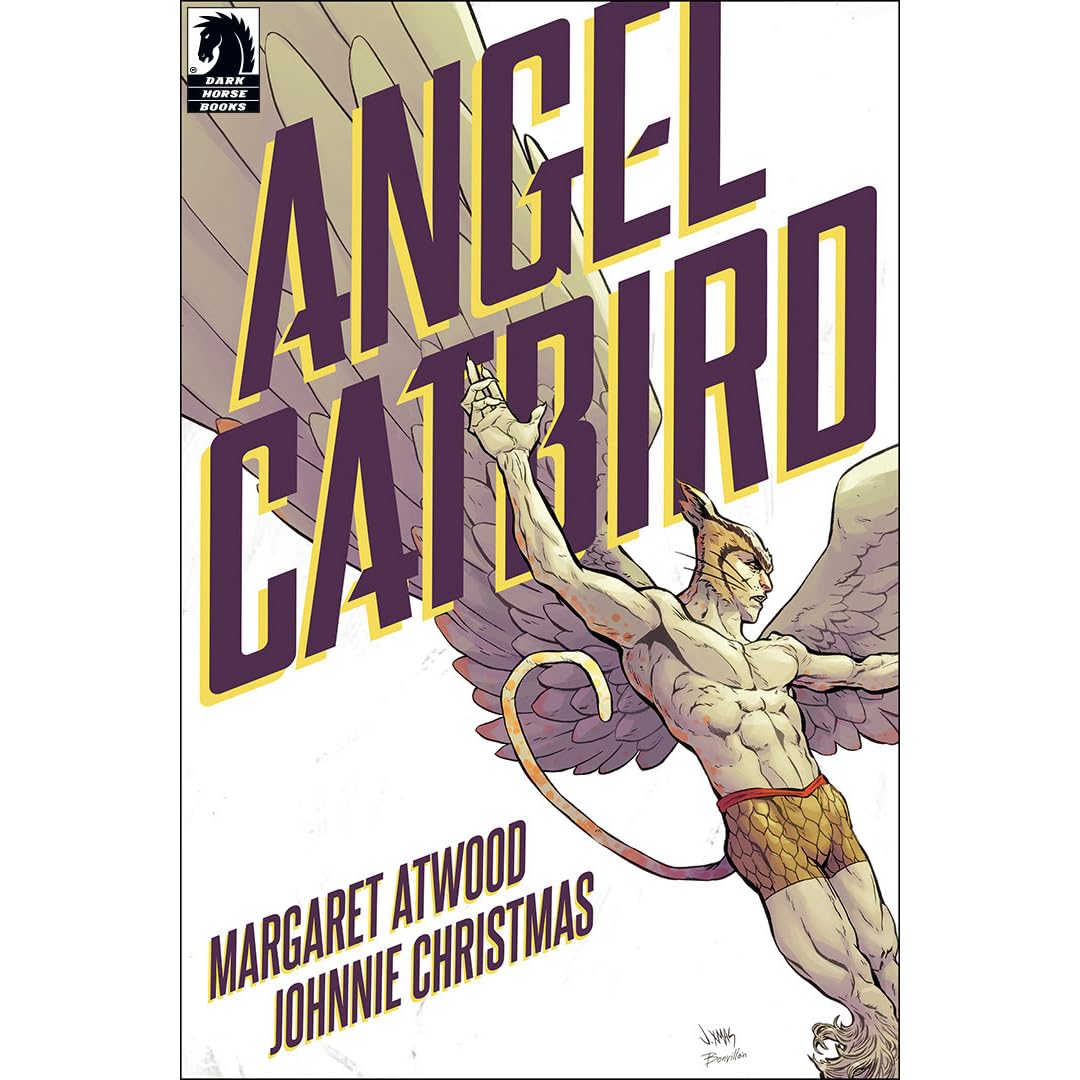 Angel Catbird, by Margaret Atwood, Johnnie Christmas, and Tamra Bonvillain – I forget, but I think this might have been free on Comixology, so I thought it was worth checking out. In her introduction, Atwood describes how she grew up with comics and cats, and eventually came up with this superhero title. Strig Feleedus (yeah, there are a lot of punny names here) is a genetic engineer who is exposed to a formula he’s developing for his boss, and turns into a combination of human, cat, and owl. He finds out that there are actually quite a few cat-people living in his town, including his co-worker Cate Leone and the vampire Count Catula (who’s also part bat). Since he’s part bird, he has conflicting interests when it comes to other birds, and his ultimate decision to save a baby bird instead of killing it makes him rather unpopular with some of his cat-man peers. It also turns out that his boss is part rat, and has a plan to use an army of rats to take over the city. The comic was produced in conjunction with Nature Canada, and includes arguments for keeping pet cats indoors, both for their own safety and that of animals that outdoor cats kill but don’t need to eat. It’s a little preachy in this respect, but I can’t say I disagree with it. I’ll probably need to check out the next volume of this at some point.

Marvel Masterworks: Ms. Marvel, Volume 1, by Chris Claremont, Jim Mooney, Gerry Conway, and John and Sal Buscema – I find it fascinating that this collected volume starts out with sort of an apology by Mooney, explaining that the character was intended to reflect the feminist movement, but was still created by men and with the male gaze in mind. The character of Carol Danvers was created as an Air Force security guard, but later had her DNA fused with that of Captain Marvel (the Kree one) in an explosion, giving her a superhero identity distinct from her regular self. There’s quite a bit of Spider-Man in these early stories; she deals with both everyday problems and crime-fighting, works for J. Jonah Jameson (as the editor of a women’s magazine in her case), becomes friends with Mary Jane Watson, and even battles a Spidey villain in her first solo outing. One twist is that the Ms. Marvel persona just takes over from time to time, and neither identity is aware of the other. This volume does eventually reach the point where she becomes fully cognizant of her double life, but even then her personalities are sometimes at odds. Carol would later go on to become the new Captain Marvel in 2012, and wear a less revealing outfit. And since I mentioned the similar names of the Batgirls, it’s also worth noting that Carol has the same last name as Supergirl’s civilian identity. first used in 1961 while Carol was introduced in 1968. I don’t know if it’s intentional, but it has been joked about.

1 Response to Super-Battle of the Sexes