The Scourge of Persia

Not too long ago, Marcus Mebes sent me a book of monsters from mythology, folklore, and fantasy literature. I was already familiar with many of them, but one I can’t recall having read about before was Zahhak, or Azi Dahaka, a three-headed dragon from Iranian mythology who plays a significant role in Zoroastrian texts. It appears that the most complete account of Zahhak’s life is in the Shahnama or Book of Kings, an epic legendary history of Iran written by the poet Ferdowsi in the tenth century, after Islam had become the dominant religion there. Mentions of the character appear in the Avesta, the earliest known Zoroastrian texts. While presumably always a dragon-shaped demon in earlier tales, the Shahnama made him originally human, son of an Arabian ruler named Merdas. The evil god Angra Mainyu advised him to kill his father, which he did by tricking him into falling in a pit. The evil one then served as Zahhak’s cook, but when he kissed the man on his cheeks, snake heads grew out of them. 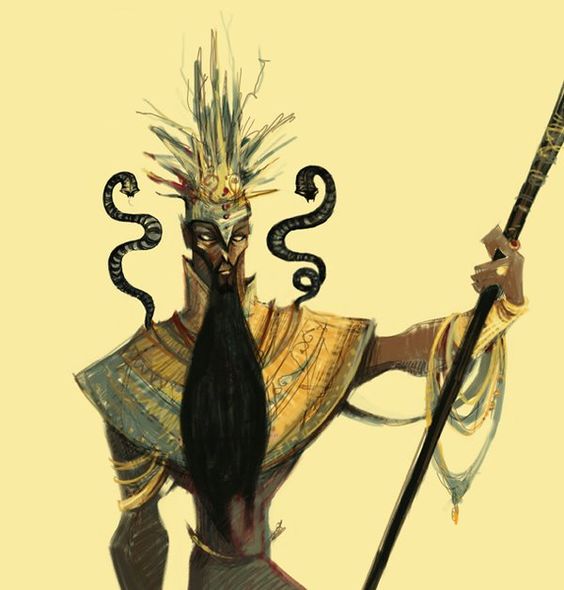 Picture by Pary Shahsamandi
These heads each demanded one human brain every day, and while his cooks were usually able to slip in the occasional sheep brain instead, they weren’t able to save all of his victims. Around this time, the great hero Yima or Jamshid had become ruler of the world, and while he was initially beneficent and successful, he eventually grew arrogant. Zahhak and his brother Spitiyura, who doesn’t seem to have otherwise featured in these stories, decided to cut him down to size. 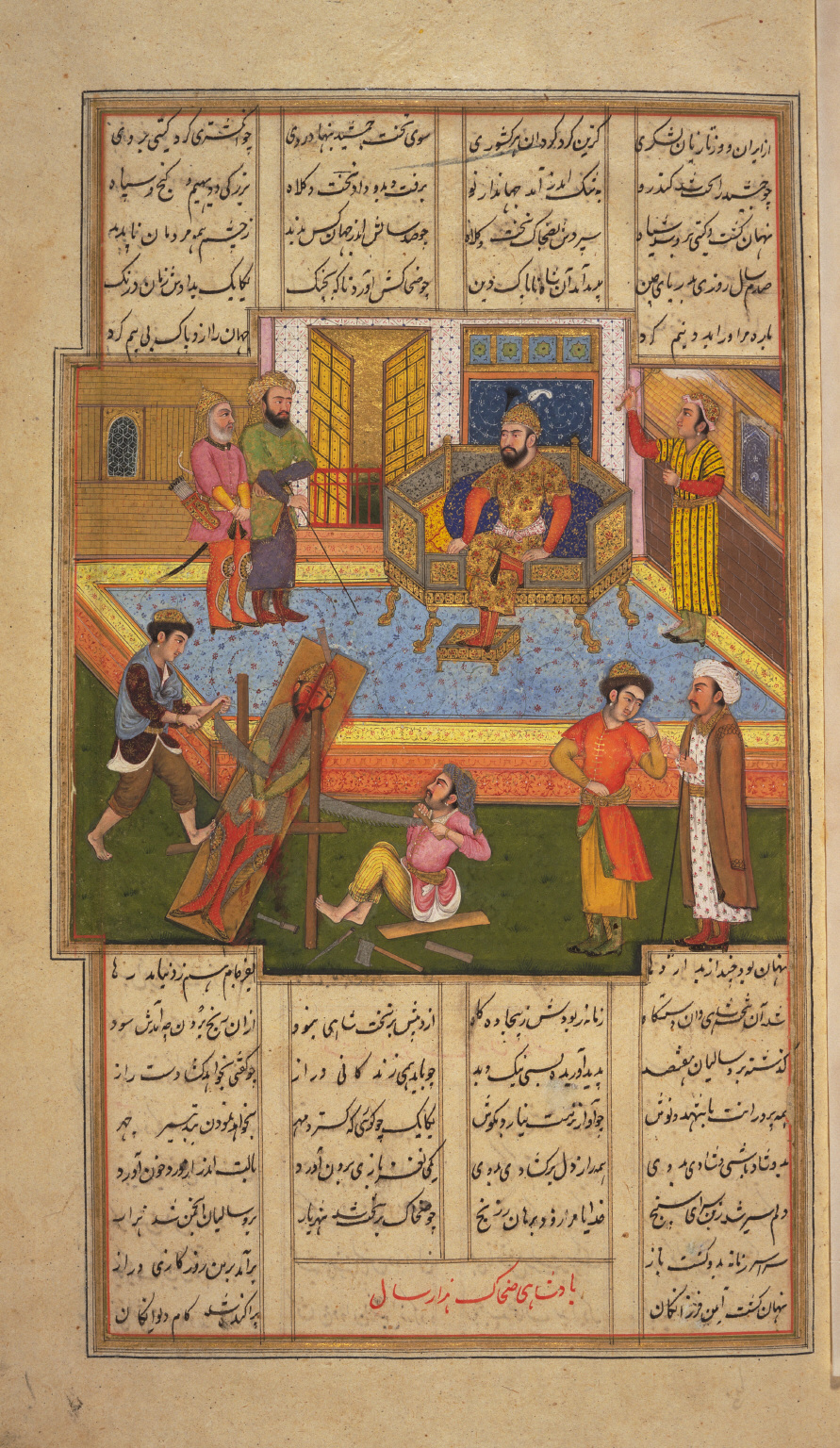 More accurately, they sawed him in half, and Zahhak ruled the world for the next millennium.

He was a terrible tyrant, although one source indicates that otherwise the immortal demon of wrath would have taken over if he hadn’t. Things can always get worse, after all. 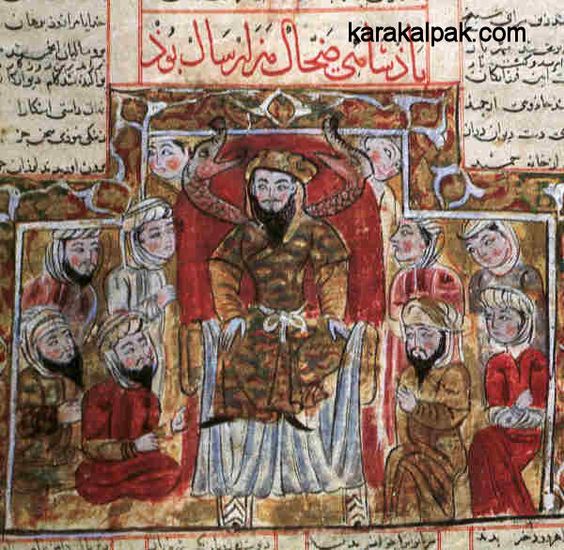 Like many autocrats, Zahhak was obsessed with securing his reign and making sure his people were loyal, so he had his courtiers sign a document indicating how benevolent this murderous dragon-man was. When the blacksmith Kava heard about this, he declared in public how Zahhak’s heads had eaten seventeen of his eighteen children. The king tried to win over Kava’s favor by pardoning the eighteenth, but obviously it didn’t work, and the smith tore up the document and fled to the mountains. It was here that he met Fereydun, the young man who was fated by prophecy to end Zahhak’s reign of terror. 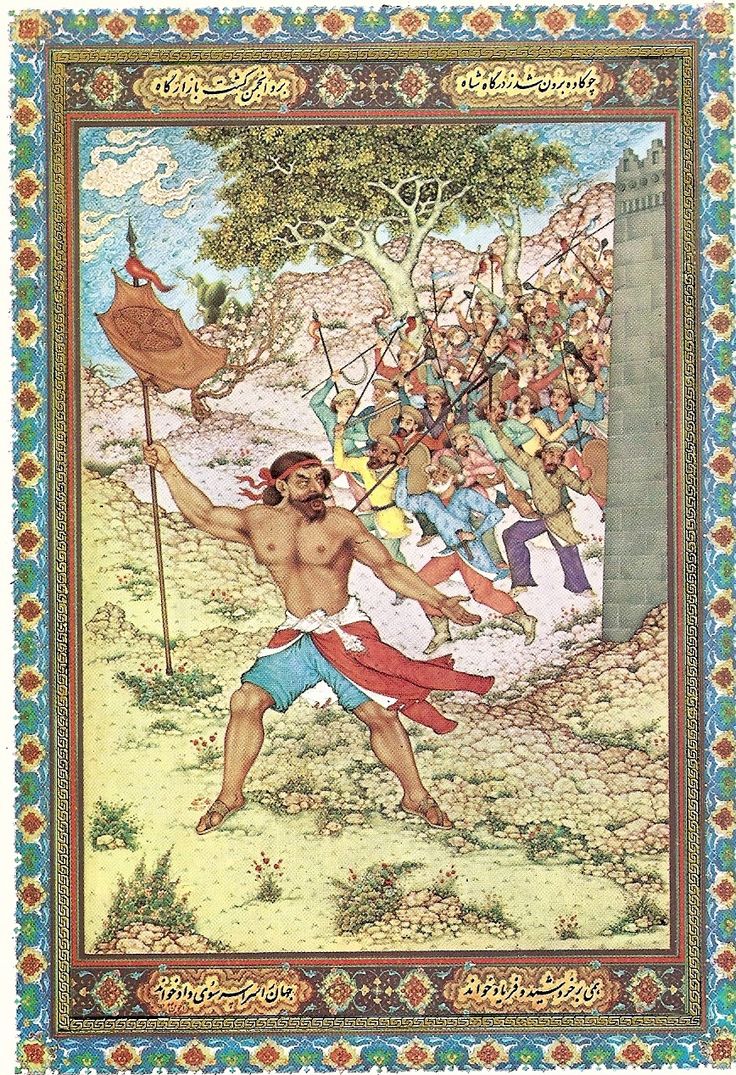 The demonic ruler had tried to have Fereydun killed when he was still a boy, but as usual he left the job to his underlings, who unsurprisingly botched it and let the child get away. The grown Fereydun led a rebellion against Zahhak, and eventually smashed the monster in the head (the big one, I guess) with a mace made from the head of an ox. 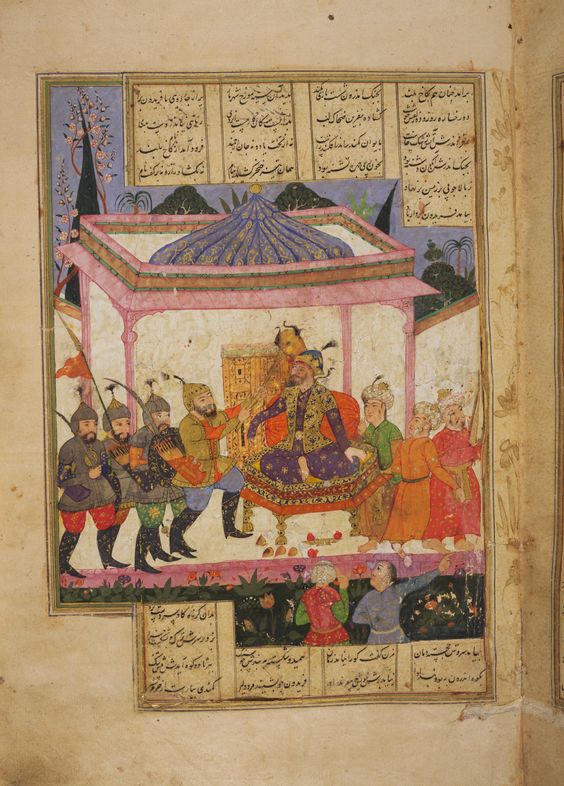 While some versions of the story say this killed Zahhak, it’s also been said that scorpions and lizards came out of the dragon’s wounds, and the good god Ahura Mazda feared that these creatures would overrun the world. So instead of killing Zahhak, Fereydun trapped him under Mount Damavand, the highest volcano in Asia. 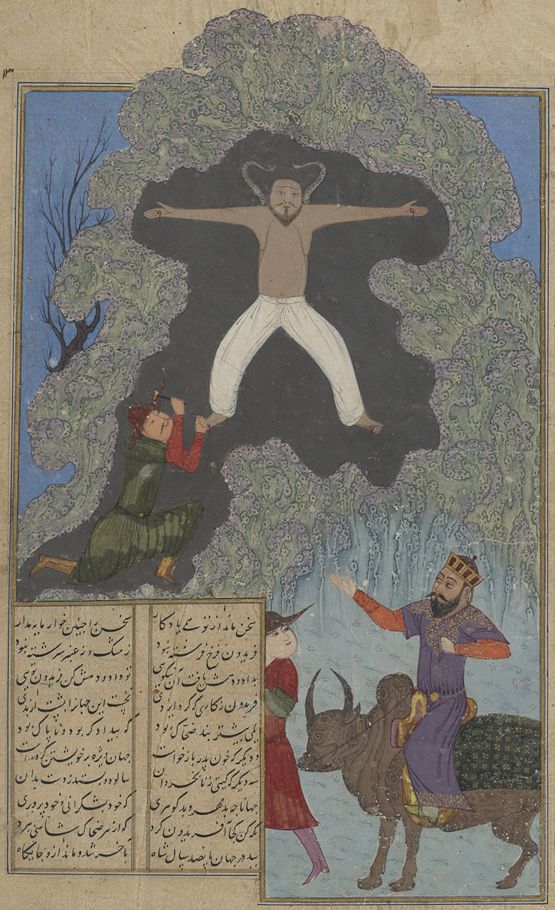 The Zoroastrian apocalypse includes Zahhak escaping from his prison at the end of the world for one last rampage, but he’ll eventually be defeated again by a resurrected hero. This role is generally not given to Fereydun, however, but to another monster slayer named Kirsasp, although there is some speculation that the two might have originally been the same guy. Let’s just hope Donald Trump doesn’t goad the Iranian government into letting the dragon out early. Actually, as far as relatively contemporary politics go, there were postcards based on the story of Zahhak used as anti-Hitler propaganda during World War II. 3 Responses to The Scourge of Persia