Not All Scumbags Are the Same

As of late, it seems like every celebrity or politician is turning out to be creepy and abusive. I’m glad people are speaking up about it, but it just appears disturbingly common. I’m sure part of it is due to money, power, and fame making people think they can get away with anything (and often actually being able to), but that doesn’t explain why what they want to get away with is so cruel and disgusting. I think occasionally about Jared Fogle from the Subway commercials, who presumably didn’t grow up with celebrity privileges, but was just some more or less random guy who ate subs as part of his diet. You’d think the odds of someone like that being a pedophile would be practically nil, but I guess not. Is it a lot more common than I thought it was? It’s even more difficult when someone you actually admire, because you don’t want it to be true, but you want to believe the accusers as they’re inevitably less powerful and often unfairly criticized or threatened. Supporters will often try to frame it as a smear campaign or a way to get money, even when there’s corroborating evidence and coming forward can seriously hurt your career. That’s not to say there are never false charges; I mean, I’ve come across people who lied even when it wasn’t remotely in their best interest. Hey, I wouldn’t be surprised if Michael Jackson really did engage in illegal activity with children, but I remember the last person who brought charges against him being quite litigious. Not that that necessarily means she was wrong, but I can see how it might seem suspicious. In some cases we’ve heard about recently, the abuser has been a rich jerk we want to see taken down a peg: Roy Moore, Bill O’Reilly, Roger Ailes, our esteemed President. I’d probably also put Harvey Weinstein in this category, even though Republicans tried to paint him as a typical Hollywood liberal. I don’t think people get attached to producers the way they do actors or directors, though (except maybe when they’re the same people); and they’re really more businesspeople than entertainers anyway. But when you have someone who seems likeable and positively influential, like Al Franken, George Takei, or Neil deGrasse Tyson, that’s much more difficult to process. I’m sure it’s not like that for the victims, though. By the way, I think Michael Jackson taught us that, once a problematic entertainer dies, it’s okay to enjoy their work again.

Not all sexual abuse charges are of men against women, but that seems to be the most prominent, and I’m sure a general hatred of women and desire to defend the patriarchy, even if it isn’t entirely conscious, plays a role. It’s disturbingly common for men to be angry at women in general because they can’t get any of them into bed, never considering that it might be at least partially their own fault. There’s a frequent narrative of the dorky but nice guy having a crush on an attractive popular girl who only dates scumbags, but I’m not entirely sure why these girls are supposed to be such a catch. If you think a girl is that shallow, though, why would you want to date her? It makes more sense if it’s just about sex, because it’s not at all uncommon to be sexually attracted to someone with a terrible personality, although I can’t say I understand what the biological rationale behind that is. But if that’s all it’s about, then maybe you’re not considering that you might also be a scumbag, just in a somewhat different way. 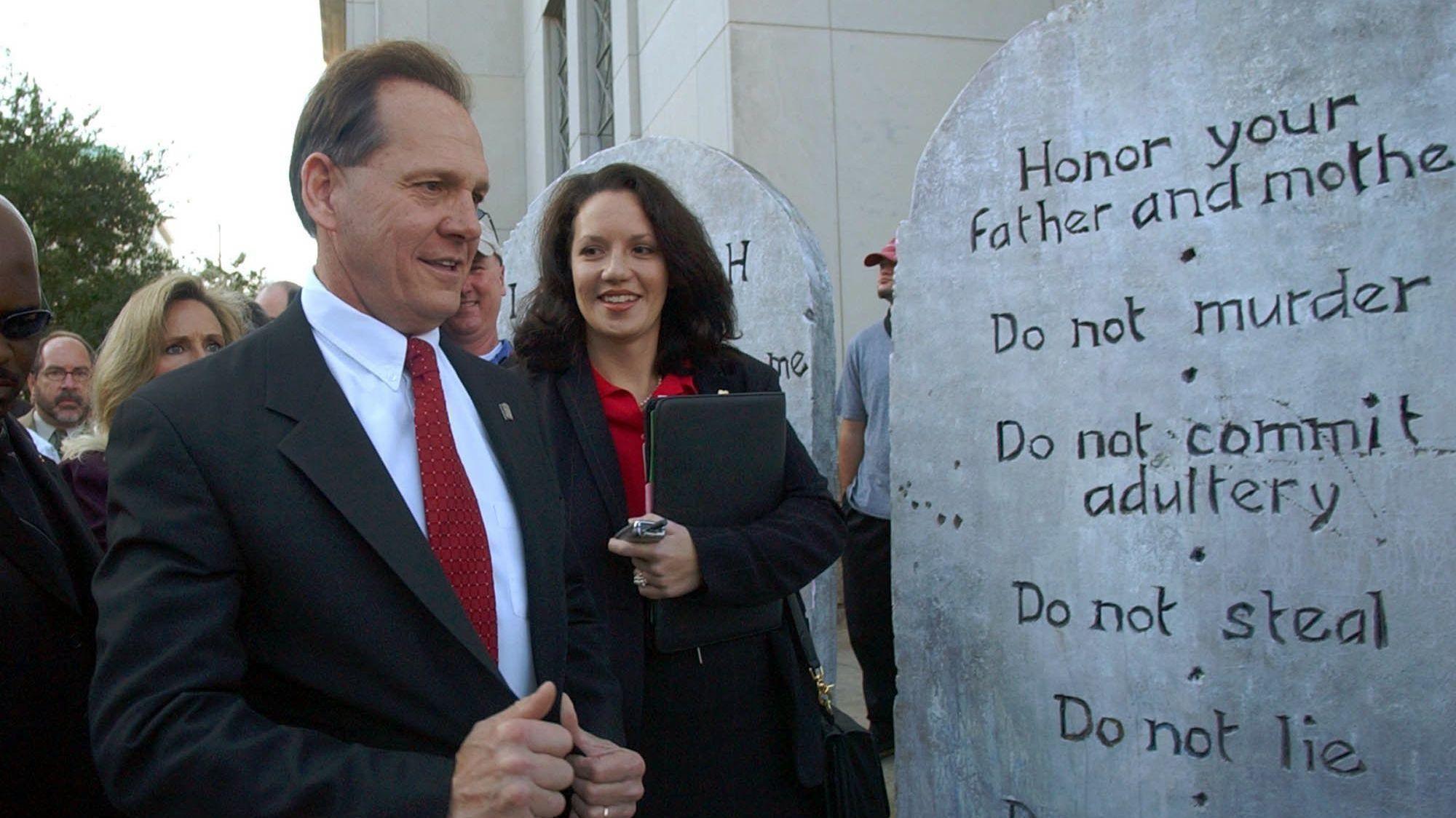 So what the self-styled Christians defending people like Trump and Moore, while still condemning others who have committed sex crimes? Trump recently attacked Franken, which pretty much everybody with a functioning brain realized was really hypocritical. Part of it is that so-called values voters don’t really put that much stock in their values, except maybe they value of upper-class tax cuts. But I’ve also come across references to how, among fundamentalist Christians especially, there’s a lot of false equivalency going on. I believe I’ve written before about how heinous I find the doctrine that all sin is equal before God; Jack Chick was a supporter of this, as was some guy on Lockup Beth still mentions sometimes who insisted stealing a cracker was as bad as murder. But does anyone really believe this? It seems pretty obvious that some things are worse than others, but I guess it’s a good way to excuse yourself while condemning others who have done committed less severely wrong actions. As far as sex goes, it’s apparently quite common in some circles (or should that be crosses?) to treat all sex outside marriage as pretty much equally bad. So yes, molesting a minor is sinful, but it would no worse than, say, having sex with your committed partner the night before you sign the marriage certificate, or basically anything with the same sex even if it’s fully consensual. Consent, which is the main factor in whether something is legal, becomes rather insignificant. The corollary of this is that, once you ARE married, your spouse isn’t allowed to refuse sex. I don’t believe in the concept of sin anyway, but I’d still say it’s a major theological stretch to go from “all people are sinful and have to be forgiven by Jesus” to “every sin is equally forgiveable.” But yeah, I think this can be a major contributing factor to holier-than-thou hypocrisy. It also doesn’t help that the same religious groups tend to support rigid gender roles, and the idea that if a man DOESN’T want to have sex with basically every woman he sees, there’s something wrong with him.

6 Responses to Not All Scumbags Are the Same