My Murdered Remains Are Incapable of Learning Anything 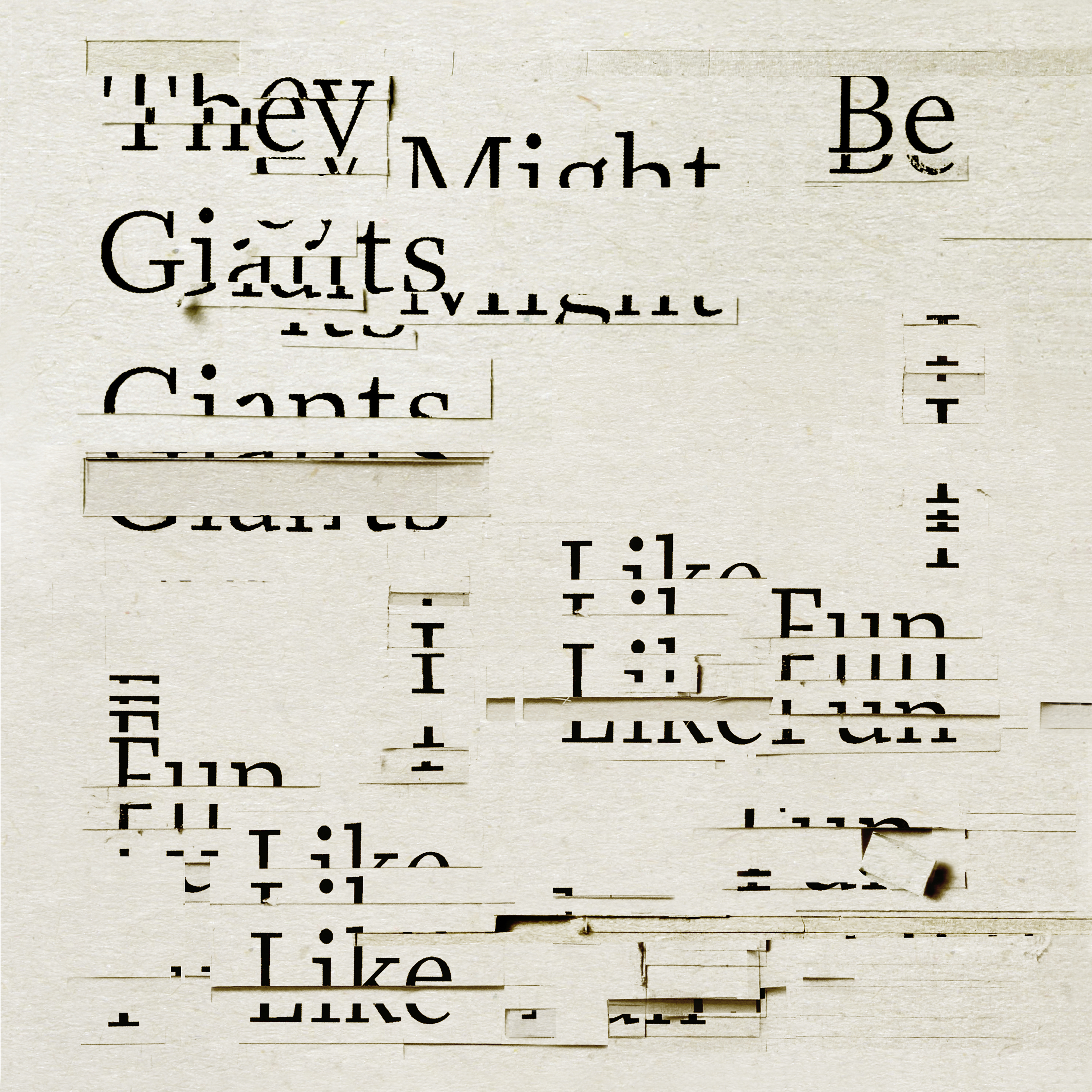 They Might Be Giants, I Like Fun – There was a time when I would have been a lot more preoccupied by the release of a new TMBG album. I mean, it’s still exciting, but not the event it was for me back in the early 2000s. I occasionally see people say they’re over TMBG, or that they’re not as good as they used to be. But for me, while I no longer listen to them daily or spend long periods of time thinking about their lyrics, I still enjoy the majority of the new stuff I hear. They can still be quite creative and fun. I’ve listened to this new one a few times now, and while it’s enjoyable, I can’t say it necessarily feels that fresh, and there isn’t as much variety as there often is on their albums. At the same time, there’s a cohesiveness to it that works pretty well. While TMBG is probably generally known for being upbeat, there’s always been an undercurrent of death and depression to a lot of their songs; it’s just usually somewhat hidden by catchy melodies and clever wordplay. From my first few listens, this one feels like the despair is often front and center. That’s not to say I Like Fun isn’t fun, but its darker elements are much more direct, giving a sarcastic feel to the title even as it is sometimes literal. I like to go song-by-song for releases by certain bands, and since TMBG is one of them, here goes:

Let’s Get This Over With – This one is pretty catchy, with some lyrics about the general ennui of existence. “You’re still hanging ’round the clambake after every clam has been baked.” There’s also a reference to Semisonic’s “Closing Time.” Okay, that song didn’t originate the phrase “you don’t have to go home but you can’t stay here,” but the way it’s sung in this song sounds reminiscent of it.

I Left My Body – A song about an out-of-body experience, a fairly typical subject for TMBG, especially with John Linnell at the helm. I wonder if the bat repellent soap is a reference to the Adam West Batman; I’m sure everyone who’s seen the movie remembers the shark-repellent bat-spray. I don’t know that it particularly stands out among other similar songs, but the harmonies are enjoyable.

All Time What – There have been several catchy and fun breakup songs among the band’s work, and…well, here’s another. It’s pretty immediately likeable, featuring a saxophone and some playing around with words.

By the Time You Get This – Presented as a note in a time capsule, the lyric is optimistic about the future, but becomes less so once it’s specifically said that it’s intended to be opened in 1937, which we know was not a time when the evils of the past had been long forgotten. It says “a millennium from now,” which I suppose means the note would have been written in 937, so I guess it’s a modern translation. I’m not sure whether there was any particular significance to the years.

An Insult to the Fact Checkers – There’s more rock guitar on this one than on the first four, as well as a solo that sounds like old video game music. While there aren’t a whole lot of lyrics to go by, it seems to at least be inspired by modern political discourse and how people are so willing to believe incredibly far-fetched ideas. The narrator has tried to get along with those who accept such things, but has grown weary of it. John Flansburgh has said that several of the songs on this record are inspired by current events, if not specifically about them, and Trump’s promotion of lies and hatred has been a breaking point for many generally tolerant people.

Mrs. Bluebeard – A take on the fairy tale of the guy who murdered seven wives, from the point of view of one of the dead women. She discusses how she should have seen the warning signs, something that always comes up when someone turns out to be a murderer or other sort of violent criminal. The rather intricate piano fits nicely, and there are also some distorted guitar solos as well.

I Like Fun – Hey, the bass clarinet is back! It’s pretty minimal in its instrumentation, with the clarinet accompanied by muted trumpet and snare drum (at least that’s what one review I read says; I’m not that good at identifying instruments); and the ending is rather jazzy. The song itself is pretty quiet and sad, making the title and refrain rather ironic. It deals with aging and losing touch with reality, subjects the band has been covering since they weren’t particularly old at all. Flans wrote the song when he was fifty-seven, while the narrator here is fifty-eight, the age Linnell was at the time.

Push Back the Hands – Is it just me, or does the beginning sound a lot like that of “Your Head’s on Fire”? Stop ripping yourselves off! It seems a little deeper than that one, though. The opening lyric is a good bit of dark wordplay: “You would give up your right arm to go back to when you had a right arm.” It seems pretty literal, too; it’s usually difficult to make all of the words to a TMBG song fit any particular interpretation (including the ones the Johns identify themselves), but it sounds like it’s about someone reliving a car crash in his mind over and over again. Really, it’s quite lyrically similar to Frank Black’s song “Every Time I Go Around Here,” which also mixes time travel with a car wreck.

This Microphone – Yeah, they already had a song called “Microphone,” but this one isn’t all that similar to that. It has a lounge sound, with Flans saying he was influenced by the singer Lulu when writing it. There seems to be a general theme of self-appraisal and regret to many of these songs, and this is no exception.

The Bright Side – The chorus is pretty catchy, if not quite as faux-cheerful as many TMBG songs that pair bleak lyrics with upbeat music. The lead vocal especially has a bit of a sad tone to it. The “ringing, ringing” and “singing, singing” parts remind me of something, but I’m not sure what; maybe it’s several different things. There are some bits of TMBG cleverness to the lyrics, with the second part of the first verse being sung backwards, and a direct reference to the William Carlos Williams poem “The Great Figure.”

When the Lights Come On – We move on to another song featuring light, and with a mixture of the upbeat and disturbing. It doesn’t seem directly imitative of any previous TMBG songs, yet it’s very typical Linnell before musically and lyrically. I think it might be the first time the word “shit” appears in a TMBG studio recording, however. It’s basically a hope for optimism in a terrible situation; there’s definitely a strong suggestion that the lights WON’T ever come on, but the narrator and listener have to believe they will. I like the shift from the otherwise very steady and rhythmic music when Linnell sings, “I think I’m tripping.”

Lake Monsters – The sound at the beginning is a bit reminiscent of “The Darlings of Lumberland,” although it doesn’t really develop in the same way. It mentions the titular monsters as American and “looking for a polling station,” giving it a political meaning. While perhaps it doesn’t have to, it definitely works as a metaphor for people with radical racist views emerging from relative obscurity into the forefront when electing Trump. The organ part is pretty cool.

McCafferty’s Bib – The song really doesn’t explain what the title means, so perhaps it’s no coincidence that “McCafferty” sounds a lot like “MacGuffin,” an object used to advance the plot with what it actually is not being important. There are a lot of words in TMBG songs that work kind of like that. The Johns have been known to say in interviews that they’re running out of nouns, but while I’m not going to check their entire back catalog for the word “bib,” I’m sure it’s never been this central to another one of their songs. The lyrics suggest the bib is a way to distract people. As the TMBG wiki indicates, the bit about masses holding up signs of Bob Hope references a 1966 performance art piece by Oyvind Fahlstrom, where people marched down the street with pictures of both Hope and Chairman Mao. “The toothpaste won’t go back in the bottle since it granted our wish” is a mixed metaphor for things you can’t undo, squeezing the toothpaste out of a tube and letting a genie out of a bottle. Musically, clarinets are quite prominent, and there’s a chirping sound throughout, fitting the distraction theme.

The Greatest – This album lacks the really short numbers that occasionally show up on the band’s records, especially Apollo 18 (although there they were all part of a single package) and Nanobots. This is easily the slightest song on here, simply Flans complaining in a high voice that everyone sarcastically calls him the greatest, and he’s sad about it.

Last Wave – While Linnell sings most of this, there are some interesting trade-offs with Flans, sometimes giving with the two of them arguing. It’s a rather dark song, full of dread, but these arguments add some humor, especially when Linnell sings, “Take me down to the postman,” and Flans counters with “YOU do it!” It ends with kind of an uncertain drum finish.

1 Response to My Murdered Remains Are Incapable of Learning Anything