Guinevere Out of Control 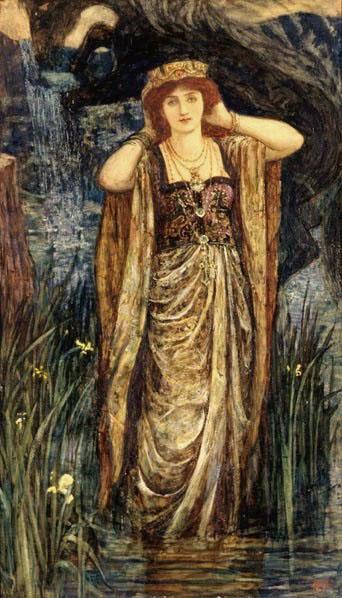 Arthurian literature hasn’t often been kind to Arthur’s wife Guinevere, presenting her as having an ongoing affair with his favorite knight, sometimes even goading him into it when he doesn’t really want to go against the king. 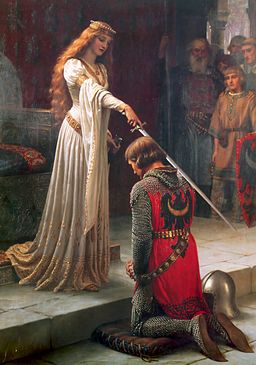 It’s pretty much become an integral part of the legend, partially leading to the downfall of Arthur’s golden age, although with his own unwitting affair with his half-sister. The moral is don’t ever cheat, ever. It wasn’t always part of the mythology, however, and some versions paint as less a case of Guinevere being a slut than of her and Lancelot truly being in love but unable to show it in a legal and moral way. Not that that makes it okay, but it’s not like Guinevere could have gotten a divorce in the society shown in the mythology.

T.H. White’s take in The Once and Future King presents Arthur not so much totally oblivious as just not wanting to know because he loves both Guinevere and Lancelot. It’s also interesting that the saga as it generally stands has Guinevere never bearing children with either Arthur or Lancelot, while both of the men impregnated another woman with a one-night stand. There actually are some earlier tales that give Arthur children, presumably with Guinevere, but they usually die before he does. Various sources attest that Arthur himself killed one son, his foster brother Kay another, and a wild boar a third. There seems to have been a general sense that Arthur had no immediate heirs. Geoffrey of Monmouth claimed that his successor was his cousin Constantine, whom he identified with a historical King of Dumnonia (a territory comprised of modern-day Devon and Cornwall and parts of Somerset and Dorset) of that name. There are also accounts of Guinevere having had two children with Mordred when he usurped the kingdom in Arthur’s absence. Since Mordred was, as you probably know, Arthur’s son and nephew, this is pretty messed up. In fairness, I think these stories predate the identification of Mordred as Arthur’s son, although they sometimes also make Guinevere a willing participant in Mordred’s rebellion instead of a victim, as she generally is in later versions. There’s a similarity there to King David’s son Absalom sleeping with his father’s concubines. Some versions avoid the whole mess by having Guinevere lock herself up in the Tower of London to avoid Mordred.

One particular reason I wanted to write about Guinevere was so that I could address the idea of there being several of her. I hadn’t heard about this until fairly recently, but there are a few tales that mention multiple Guineveres. One of the medieval manuscripts known as the Welsh Triads or Triads of the Island of Britain claims that Arthur was married to three different Guineveres, the daughters of Cywyrd of Gwent, Gwythyr ap Greidawl, and Gogfran Gawr, the last of whom is a giant. I guess that’s not totally impossible, as King Henry VIII was married to three different Catherines (and two Annes), but it’s also important to note that just about everything in the Triads comes in threes. Another Triad mentions Guinevere’s sister Gwenhwyfach, and cryptically claims that their enmity was what led to the Battle of Camlann, where Arthur and Mordred both fell. It’s been suggested that Gwenhwyfach might have been Mordred’s wife, but it’s not clear. The sister may not seem particularly relevant, but the thirteenth-century French Vulgate Cycle appears to have taken both of these odd mentions into account when creating a character known simply as the False Guinevere, although I’m sure she didn’t call herself that.

She was the real Guinevere’s half-sister, the story being that their father King Leodegrance of Cameliard (which, by the way, isn’t the name of any of the fathers mentioned in the Welsh source) knocked up both his wife and a serving maid on the same day, and both children were also born on the same day and looked identical. I had considered referencing this in with my Oz story where it’s revealed that Jenny Jump has reincarnated many times in the same family, especially as the names Guinevere and Jennifer are variants of each other, but couldn’t figure out how to work it in. Anyway, the False Guinevere took the place of the real one for a significant amount of time due to a plot with a knight named Bertholai. Arthur ended up claiming his real wife was the impostor, and it was only due to Lancelot hiding her that she survived. Presumably to make Arthur seem like less of an idiot since he couldn’t recognize his wife (just because they look identical doesn’t mean they’re going to act the same or have the same memories, and it’s said that the False Guinevere had a birthmark on her back that the real one didn’t), a love potion was involved. Still, from Guinevere’s perspective, Arthur is messing around with her sister while Lancelot demonstrates his loyalty to her, which would help to explain why their affair lasted. 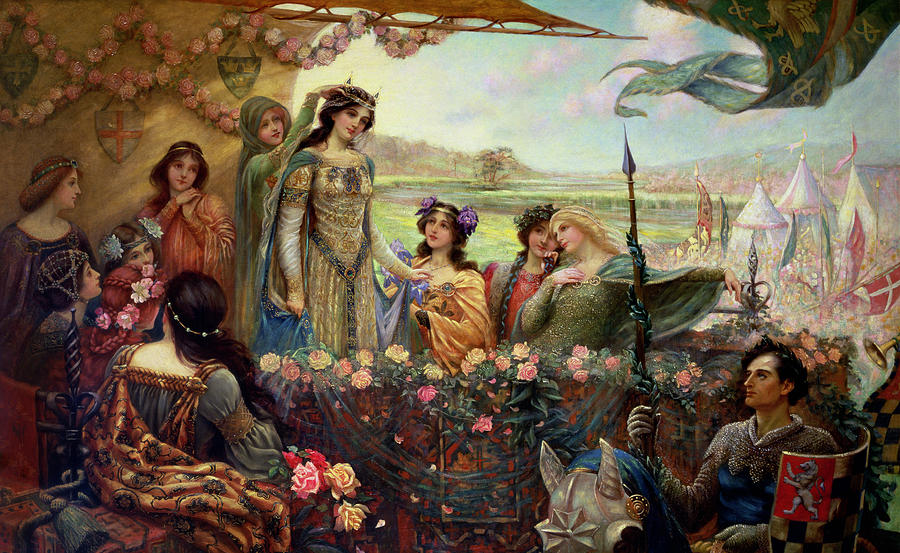