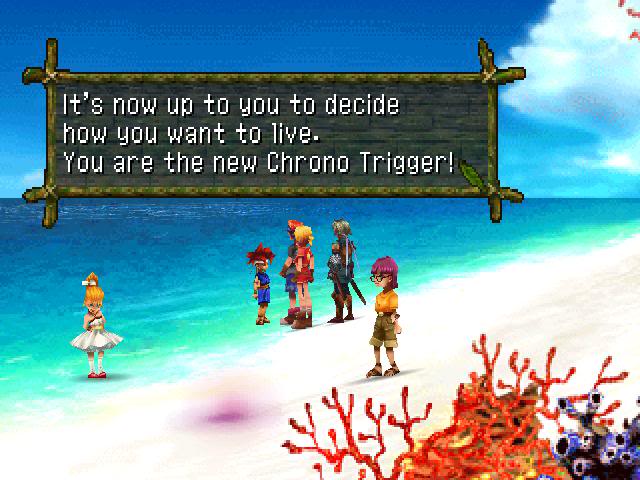 I’ve recently watched a few recommended videos on YouTube (kind of the bane of my free time at this point) and seen some Facebook comments to the effect that Chrono Cross was underrated, and is a better sequel to Chrono Trigger than is generally thought. It’s been a long time since I played the game, and I didn’t get all that far when I did; I think I left off at Fort Dragonia, a place where you can’t backtrack. I did see my brother play a few other parts of the game, though; and I looked online to get an overview of the story. It’s a game I wouldn’t mind trying again, although: 1. I have such a backlog of games and not that many opportunities to play them, so I’d probably have to have my own Epoch if I wanted to get through all of them, and 2. I don’t own any iteration of PlayStation. I wonder if they’d ever consider a PC release for it, although I don’t think an old PS1 or PS2 would be that expensive at this point anyway. The gameplay was quite different from Trigger, utilizing an elemental field system that could be difficult at times; there were parts where the typical role-playing game tactics of leveling up and finding a monster’s weakness didn’t work so well.

Overall, I enjoyed it, but it was pretty complicated. There were over forty different characters you could recruit, including a pink dog, a baby dragon, an alien, a wrestler, a skeletal clown, a mushroom man, and a voodoo doll. 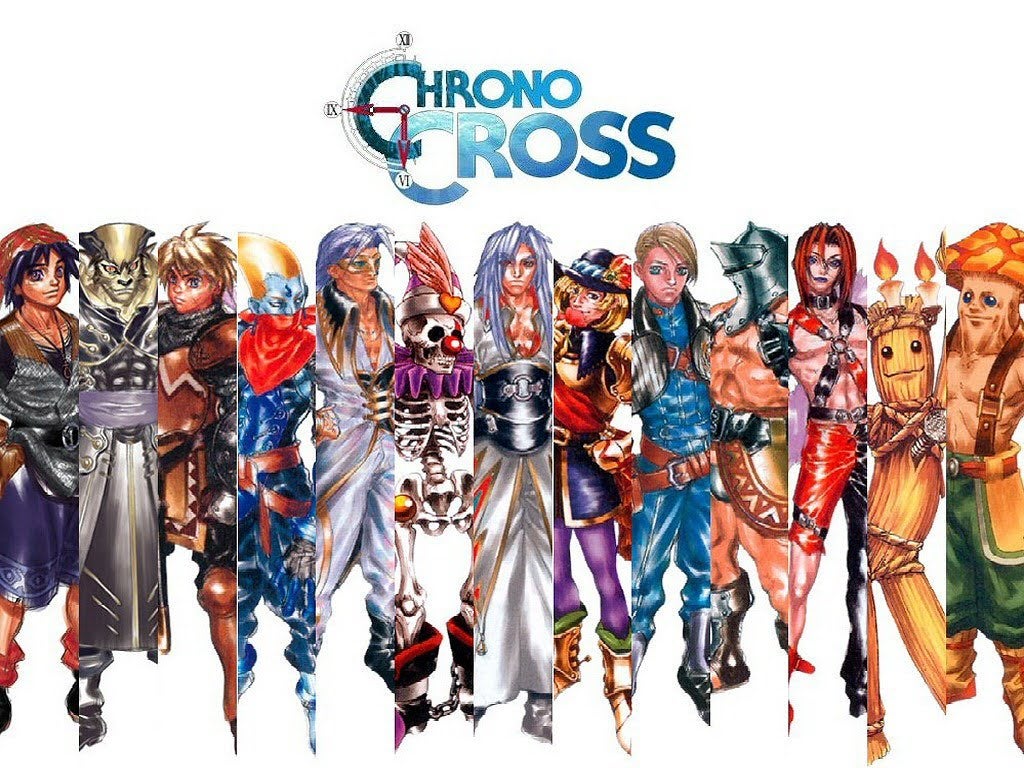 They each had their own accents and ways of speaking (something that seems to have been incorporated into the newer Dragon Quest translations as well), and even generic lines were altered a bit depending on which characters you were using. 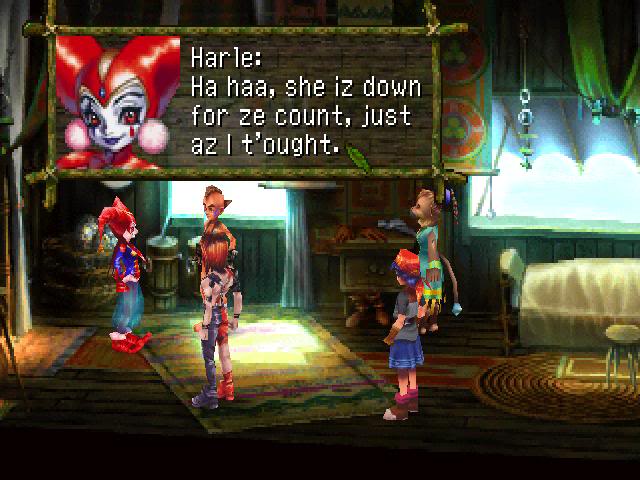 Obviously not all of them were particularly developed, but which ones you used could impact how you accomplished certain goals. It’s a clear change from Trigger, which had only a few characters and, for a game centered around time travel, was really quite linear aside from a few optional sidequests. And while time travel was involved in the plot of Cross, most of it was based on switching between two alternate timelines.

I don’t know if the fact that Cross wasn’t so much a direct sequel to Trigger was that significant. It’s actually fairly common for RPG sequels to have connections to their predecessors but use different characters and locations. Dragon Quest II took place a century after the first, Breath of Fire II 500 years afterward, and Phantasy Star II 1000 years later. Final Fantasy games didn’t have any direct follow-ups until X-2. But then, a lot of the early installments didn’t have much character development, so there probably weren’t too many people clamoring to see more of the descendant of Erdrick from the first DQ. Trigger, on the other hand, had characters you could grow attached to and want to know what happened to them. Well, according to Cross, they all died, and in a fairly cursory, dismissive way. 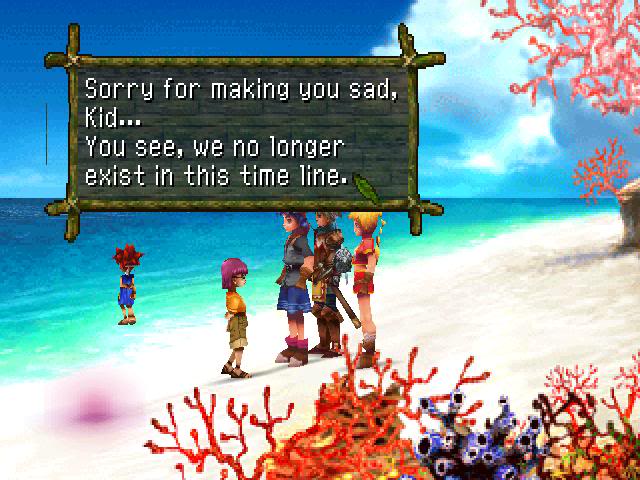 Okay, not ALL of them; I assume Ayla and Frog survived in their respective eras. But Cross reveals that Porre, just a small town in the original game, had become a fearsome military power, and laid waste to the Kingdom of Guardia, which seemed to be the only significant power in Trigger. 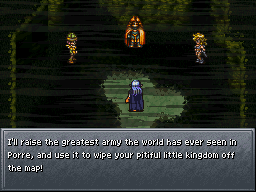 Crono and Marle were killed, and Lucca apparently was as well; and we don’t even know the circumstances. Robo was figuratively killed off in the destruction of the Promotheus Circuit preventing the supercomputer FATE from accessing the Frozen Flame. Even Lucca’s robotic battle trainer Gato was destroyed in Lynx’s raid on the orphanage. 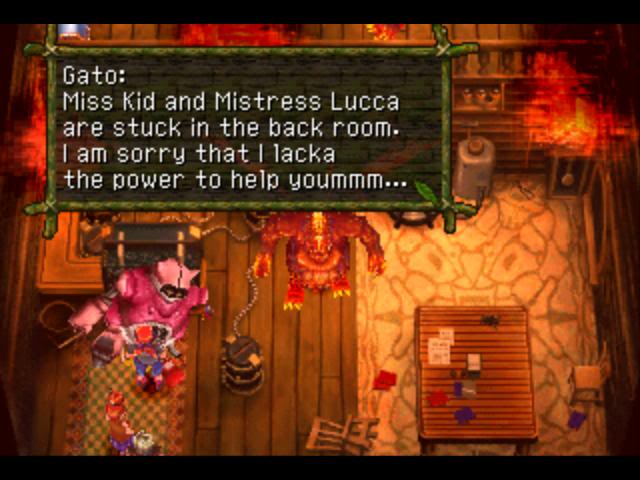 Time travel does mean that their fates might not be permanent, and the Chrono Compendium even has an article suggesting they might not have died before Cross anyway. Still, whether they’re dead or just temporarily disappeared, it’s kind of a cop-out, an easy way to take them out of the story. Then we have Magus, whose search for his sister Schala was one of the main lingering plot threads from Trigger. Radical Dreamers, the interactive story created by Trigger writer Masato Kato that served as part of the basis for Cross, Magus is part of the main party, although his identity is never flat-out stated. 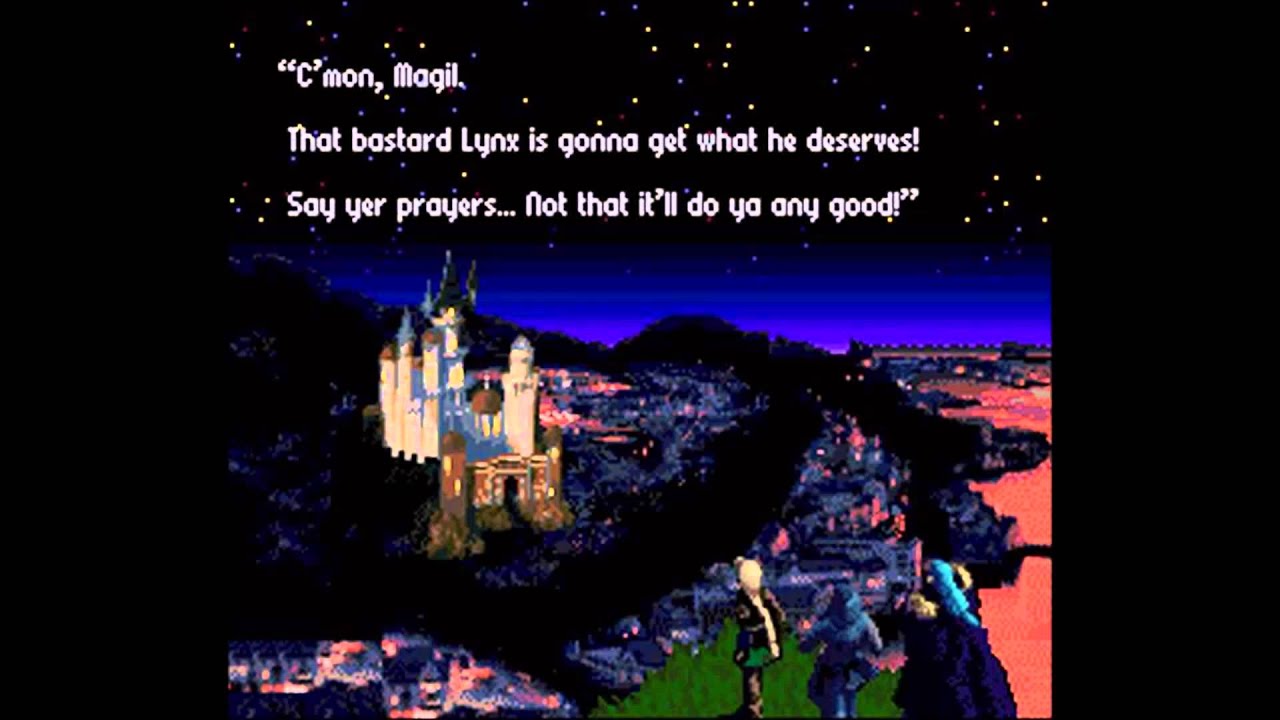 The character Guile in Cross was originally going to be Magus, but since they couldn’t really fit him into the story, he’s either a totally different character or a version of Magus with no memories and no resolution.

While part of the ideal ending for Cross involves rescuing Schala from the Time Devourer, your characters don’t have any particular resonance with her; her presence seems to be mostly just for player recognition, aside from Belthasar’s part in manipulating the adventure. 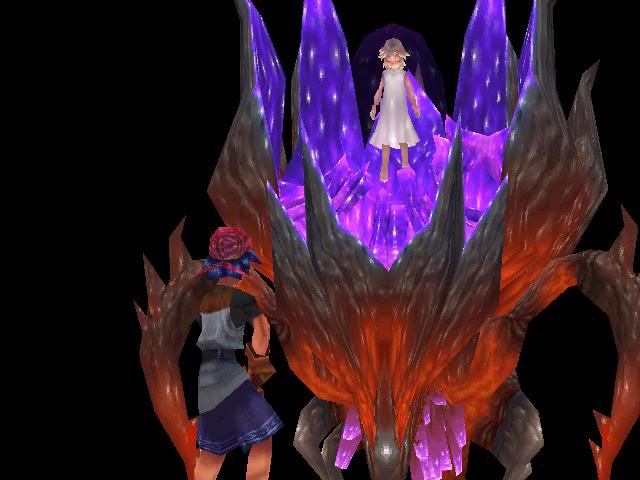 We’re never totally sure what happens with Schala at the end of the game, however, so I guess there’s still a possibility of her reunification with Magus, or at least his learning what happened to her. 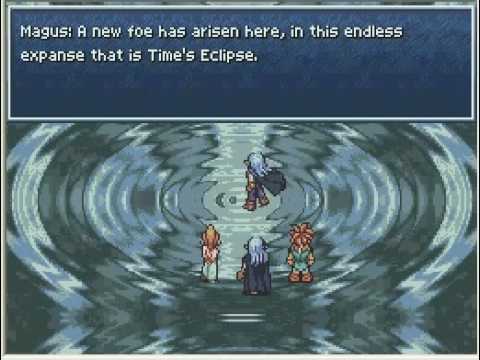 It doesn’t currently look like a sequel is likely, however, although there was talk of one some years ago. It’s just something else for the fans to speculate about, I suppose. 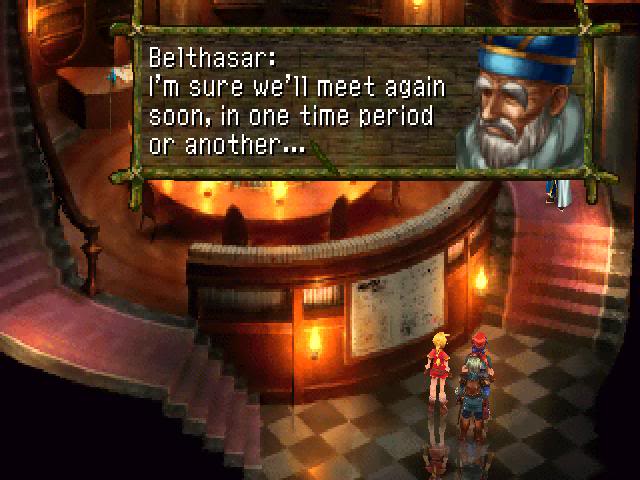 1 Response to Crossed Out