So You’ve Ruined Your Life 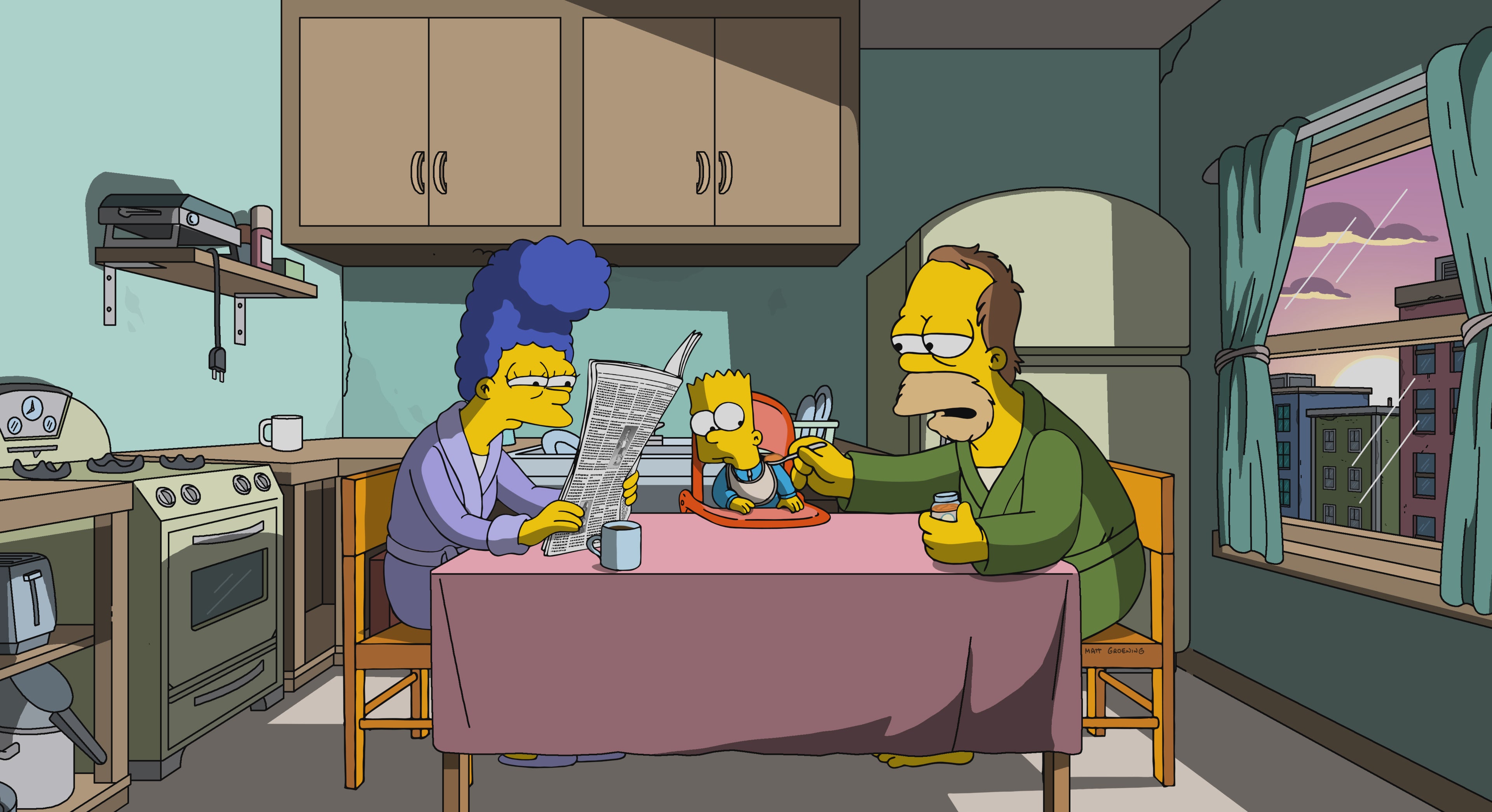 I’ve written before about the floating timeline and the problem with recent flashback episodes for The Simpsons. Last night, we had another rather confusing flashback that contradicted just about everything that had been previously established. Okay, maybe it wasn’t THAT bad, but it retconned a lot of what we saw in “I Married Marge” and “Lisa’s First Word.” For that matter, it wasn’t that easy to fit together with “That 90s Show,” which was itself a retcon. I guess I feel that, after the first few flashback episodes were rather carefully put together, it’s a little disappointing that it seems like they’re not really trying anymore. I’ll accept that it’s difficult to keep doing the flashbacks to specific years when they’re no longer in any particular order, but it seems like that they could still keep major life events consistent, like Homer starting work at the nuclear power plant on the day Bart was born. For that matter, we already saw what Homer and Marge did for a living before they had kids: Homer was a windmill turner at the miniature golf course, and Marge was a roller skating carhop.

The latter is actually a continuity nod itself, as Marge briefly takes back that job when Homer is fired in “Homer’s Odyssey.” When Marge was pregnant, Homer took a series of terrible jobs before he was hired at the plant, and it’s certainly possible there were some we didn’t see. For that matter, they might have had other jobs in between “The Way We Was” and “I Married Marge.” I assume the two years Homer spent working at a diner weren’t while he was also at the plant. In this new episode, up until the time Bart was born, Marge was working as a local gossip columnist, presumably a reference to her working at the school paper and considering journalism school in “She Used to Be My Girl”; the local paper presumably didn’t require a degree. Then again, we never do find out what she went to college for in “That 90s Show,” or why it was never referenced before or since. (You’d think she would have at least included it in her résumé in “Marge Gets a Job.”) Homer was working for a guy who’d developed a tooth whitener, who liked him despite the fact that he was always goofing off and not paying attention, then decided he hated him after he had a kid. If there’s some kind of social commentary in that, I can’t say I get it. There were other weird contradictions as well, like how Luanne Van Houten apparently wasn’t even pregnant with Milhouse when Bart was a baby, even though they’re both the same age. For that matter, didn’t Marge say she’d first met Luanne in the emergency room when Bart and Milhouse drank paint? It’s kind of weird when another flashback episode from three years ago, “The Kids Are All Fight,” made a point of bringing back the creepy clown bed and Grandma Flanders from “Lisa’s First Word.” 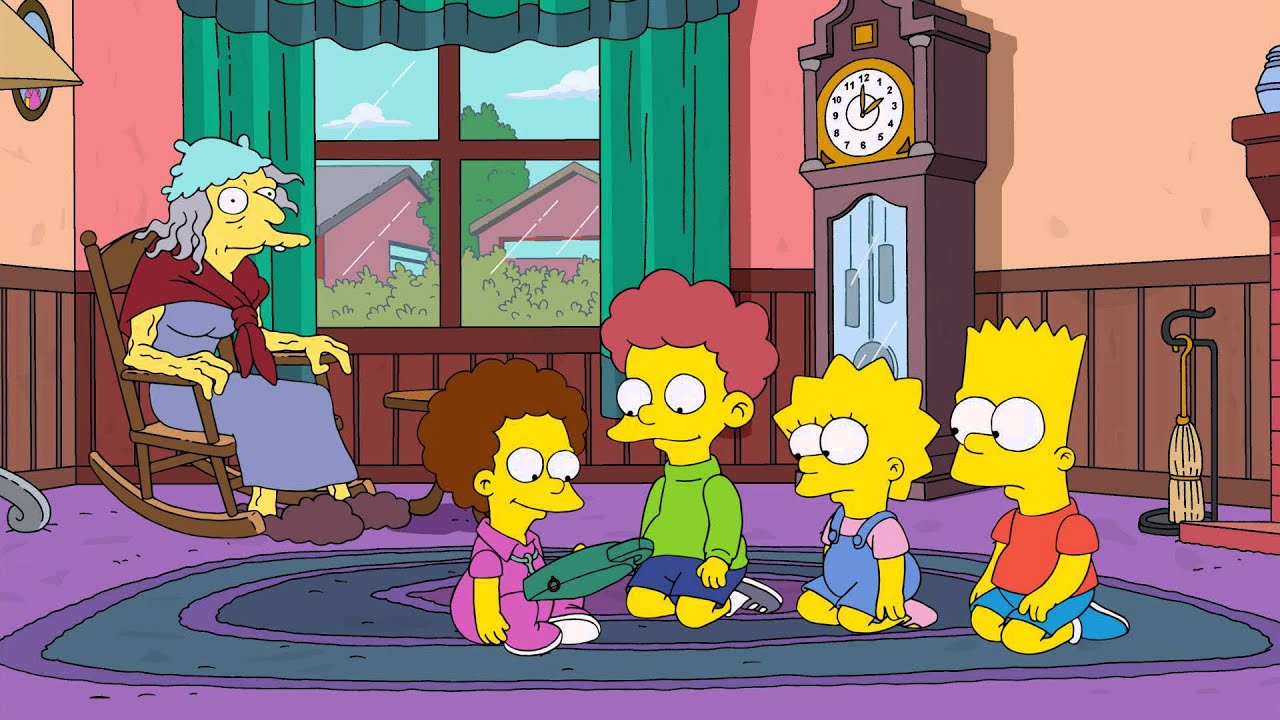 What I think is really annoying, however, isn’t so much the minor contradictions as it is the idea that Homer and Marge were cool, popular, and fairly well-to-do before they had kids, when the earlier flashbacks made it pretty clear they were just barely getting by even then. The AV Club’s review says that these characters don’t even really feel like Homer and Marge as we’ve gotten to know them. Their having their own apartment was stretching things a bit; I’m not sure it directly contradicts anything, but they both seem to still be living with their parents at the beginning of the “I Married Marge” flashback. But then, part of this seems to have been the result of gradually aging up Homer and Marge over the course of the show while the kids stayed the same age, as that means they were dating for almost ten years before they got married, while the original idea was that it had only been about seven. I guess the popularity is something that varies from one episode to another, too. Homer can be well-loved or annoy even his closest friends. Marge and Lisa have friends if the plot calls for them, but other episodes focus on how lonely they are. The whole plot consisted of Homer and Marge telling some hip young couple we’d never seen before and had no reason to care about how having kids ruined their initial happiness, but then going back on it and insisting they’re perfectly happy when the couple almost breaks up. Why is it so important to the Simpsons that these random people start a family? And is the moral that Homer and Marge really HAD a better life without the kids? I’m someone who’s never wanted kids, and even I think that’s a weird message.

It might have made more sense if it had just been Homer telling the story with a bit of an unreliable narrator factor. There have certainly been prior episodes based on his regrets, although they usually end with his realizing he’s mostly content anyway. But for Marge to back him up seems out of place. Not that she can’t have her own regrets, just that I don’t think she’d let them out that way. So yeah, I can’t say it made a lot of sense. As for the comments at the end, it was established in “Simpsons Roasting on an Open Fire” that they got Snowball 2 after the first Snowball died (possibly hit by a car driven by Mayor Quimby’s drunk brother Clovis on Halloween, if we can consider that canonical), but they’ve never addressed how they got the first cat. Homer might insist nobody cares, but it’ll probably be the basis for an episode if the show runs too much longer. Oh, and on the subject of trying to fit seemingly contradictory flashbacks together, were the Be Sharps so popular because they included the former lead singer of Sadgasm? 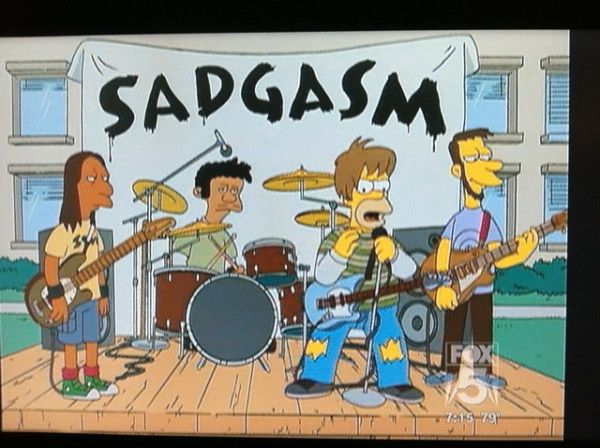