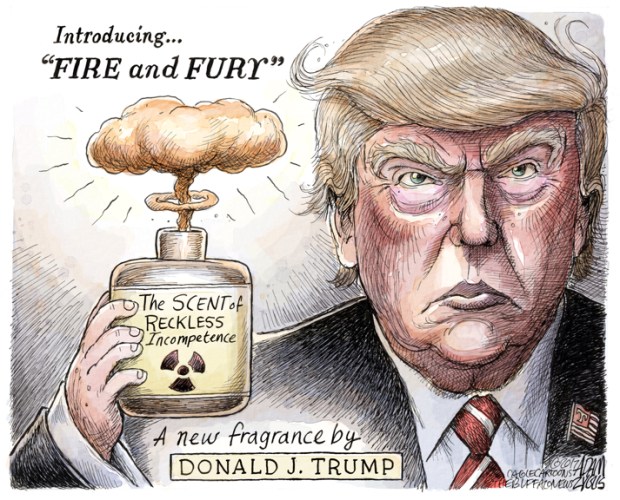 I’ve been thinking recently about why some people have such an affinity for tough talk and threats. I remember hearing that some people became more conservative after the September 11th attacks, and I don’t think it was because they wanted corporate tax cuts. Granted, it might not have been that many people. One of the examples I hear is Dennis Miller, but his arrogance basically outweighs whatever political beliefs he might have. But I think there’s still the general impression that Republicans are tougher on crime and terrorism, even if there isn’t really much evidence that this is true. What Republicans definitely do is TALK like they’re tough, using threats of violence and the like. They want to bomb back to the Stone Age, or see if sand can glow in the dark. I’m not entirely sure whether they ever really mean these things, but when your choice is between killing a lot of people and making empty threats to kill a lot of people, how is either of those a desirable outcome? Maybe there are times when a tough attitude is the best way to make it through a crisis, but all the time? The main purpose seems to be the whip supporters into a violent frenzy so you can get away with things like invading a country that didn’t attack yours. And if someone really does favor violent solutions, how do you know they’re not going to turn them against you eventually? Sure, it’s only terrorists that we’ll execute without trial, but who decides what defines a terrorist? I think it’s often the same ones who make these policies. 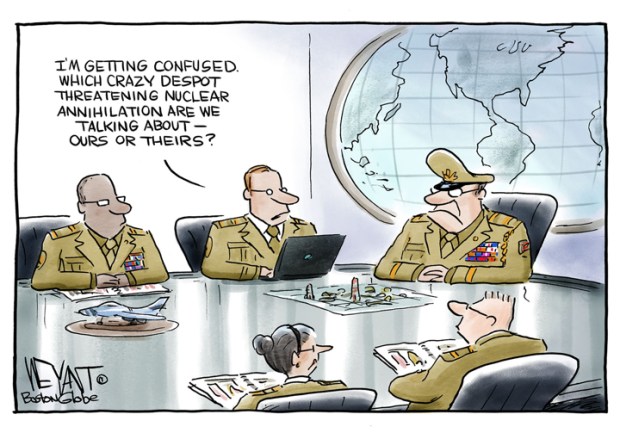 Another issue that’s sort of related is how much people actually believe the terrible things they claim to support, and which way is worse. I’m thinking it might be kind of a wash at this point. Obviously I can’t tell what’s in people’s minds, but I get the impression that the people who are trying to do God’s Will generally do actually believe they’re doing the right thing, even if they aren’t by pretty much every moral standard. I think this might be a major difference between George W. Bush and Donald Trump; I’m inclined to think the former did think he was listening to God and doing what was right, and that he probably actually did think we’d be hailed as liberators in Iraq. I’m not sure Trump has any principles whatsoever; he doesn’t seem to care whether something is morally right or wrong as long as it could potentially benefit him. So is it better to have a skewed moral compass or none at all? I’d probably be inclined to say the former, but I also have to suspect they’re more likely to do something that isn’t of any benefit to them but that they feel fits their religious principles, like trying to ban gay marriage or birth control. The thing is, the current state of the nation is one where the unprincipled will go along with things like this because they become profitable. That’s probably part of why Trump, who during the Republican debates didn’t seem to care one way or the other about transsexuals, is now trying to ban them from the military. (Speaking of which, if you’re against a certain group, wouldn’t it make more sense to make it EASIER for them to join the military?) And the Religious Right doesn’t seem particularly concerned with Trump’s immoral actions and positions as long as he still pays lip service to opposing homosexuality and abortion. That, and a lot of both of these sorts of people are hypocrites anyway.