Bot Builders of the World 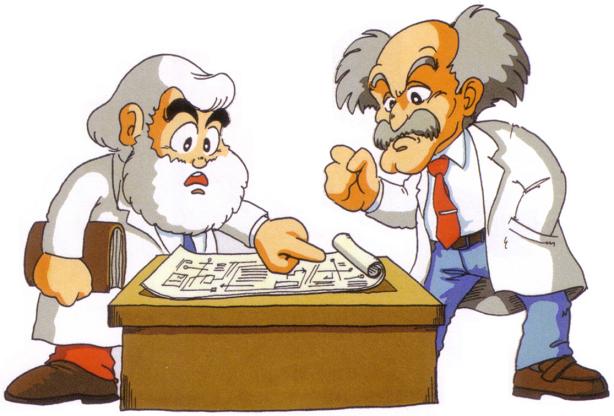 Most of the robots in the Mega Man series are made by Dr. Light or Dr. Wily, or both of them together. After all, self-aware robots aren’t something just anyone can make, even in that world. There are a few other scientists involved in the series, however, as well as some robots of more mystical origins. Mega Man 4 introduces another roboticist, Dr. Mikhail Sergeyovich Cossack, who is blackmailed by Wily into making his own Robot Masters fight the Blue Bomber. 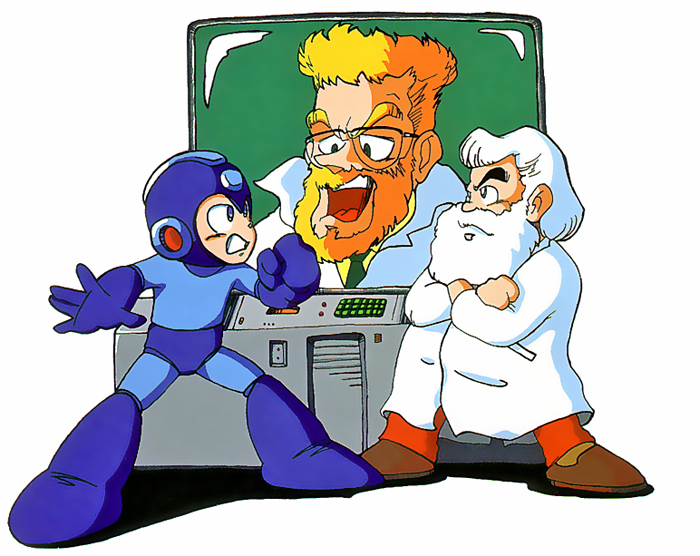 He shares his first two names with Soviet President Gorbachev, and his last name is that of a people who settled in Russia and Ukraine around the fourteenth or fifteenth century. I’ve seen it suggested that it might specifically refer to the Cossack Dance, another name for the Ukrainian dance known as the Hopak, which would fit the musical naming theme common in this series. His daughter Kalinka shares a name with a popular Russian song that’s played, among many other places, in some versions of Tetris; it literally refers to a berry bush.

Cossack proves to be just as eccentric with his robot designs as his compatriots, as his creations include a toad who makes rain and an Egyptian explorer with a death mask. Apparently Pharaoh Man’s design is an attempt to ward off curses and traps in pyramids. Does this mean Egypt doesn’t have any of its own makers of Robot Masters? 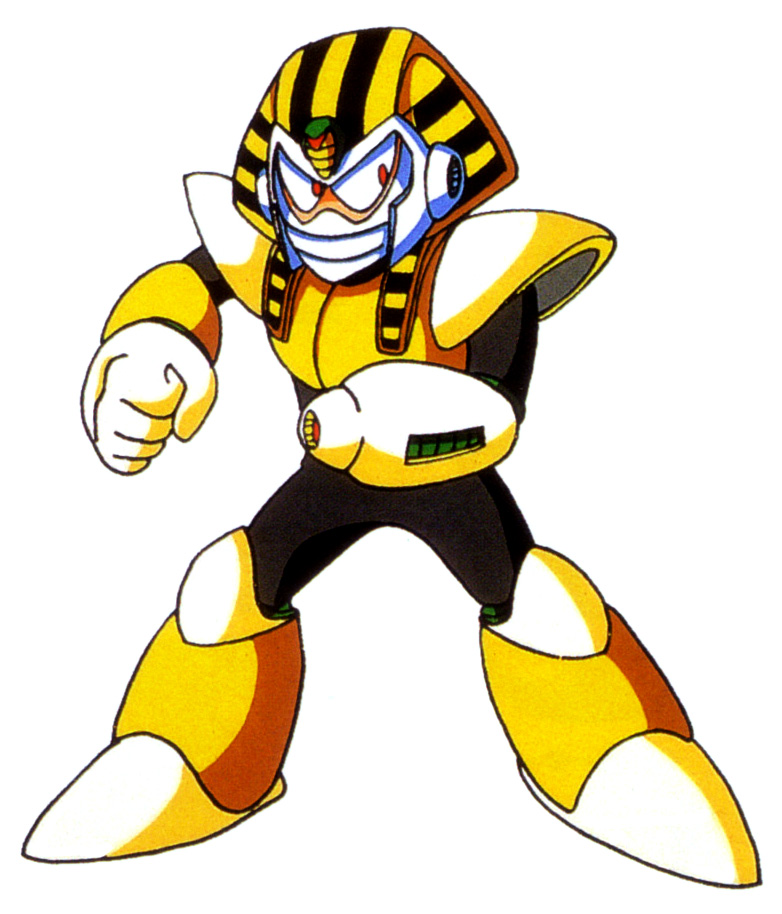 Six of Cossack’s Robot Masters were designed for other jobs and reprogrammed for combat, while Ring Man and Skull Man were made specifically to fight Mega Man. I seem to recall the instruction booklet for this game had a letter from Cossack introducing himself to Light, but in the Archie comic series they’ve already known each other for a long time. Dr. Cossack and Dr. Light also co-created Beat, a bird robot who has a few different ways of helping out Mega Man. 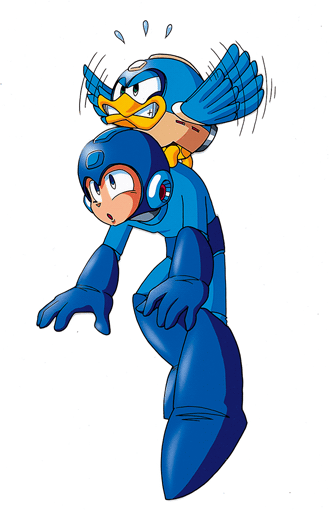 The back story of Mega Man 6 has it that the Robot Masters were entered in a worldwide tournament, then stolen and reprogrammed by Wily, in disguise as Mr. X. (I don’t think that reveal needs a spoiler warning, does it?) 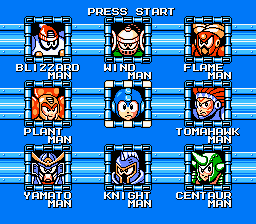 They presumably all have different creators, and are said to represent specific countries. I’ve seen multiple online sources identifying the origin of each one, but I’m not sure where this information came from in the first place. The manual apparently just said that Japan, the United States, and Canada were among the nations represented. The Japanese robot is Yamato Man, whose name means “great harmony” and who was modeled on a samurai. 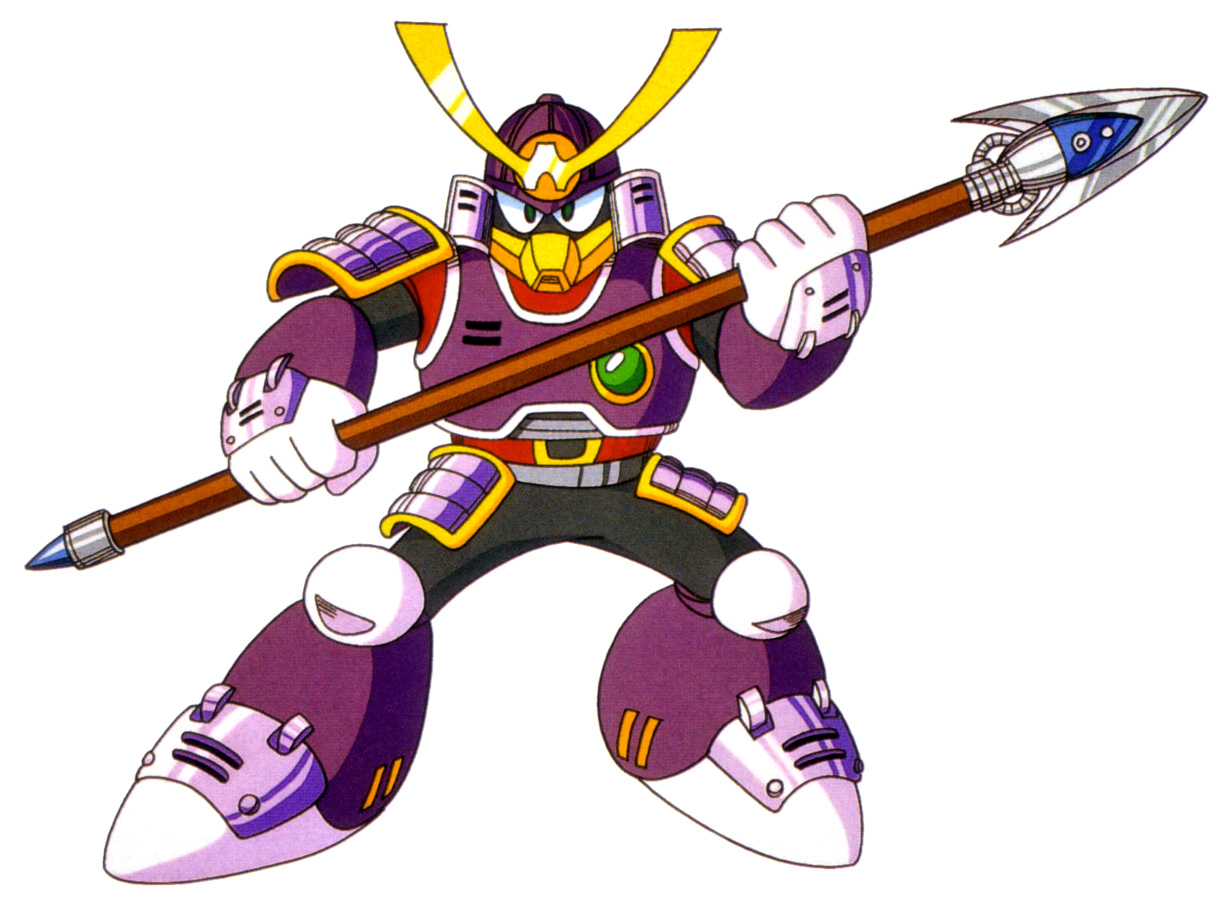 Tomahawk Man is American, with his stage based on the American Southwest and including robotic cowboys with revolver arms. It’s called the “Restricted Area,” and so might be one of the military bases in that part of the country. The Canadian one is Blizzard Man, although he’s said to have been designed for Antarctic exploration, and there isn’t much specifically Canadian about him. There are enemies in his stage shaped like curling stones, though. 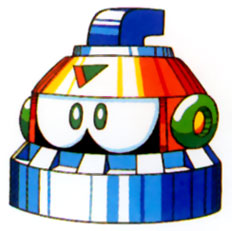 Flame Man is a Middle Eastern stereotype, and is said to be from Saudi Arabia. As such, his requiring oil changes at three specific times every day is probably a reference to Islamic prayer. Wind Man is Chinese, and while I don’t think there’s any particular association between China and wind, but he does have the queue on his head and panda robots in his stage. 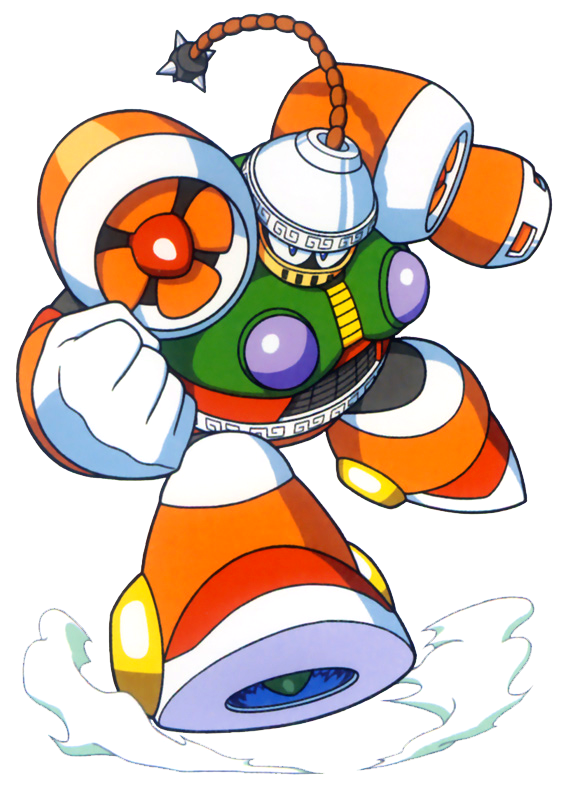 Centaur Man is Greek, I guess because centaurs are from Greek mythology, although why a centaur would have a time-stopping weapon isn’t clear. His stage is a sunken city probably based on Atlantis, which was introduced by Plato but not supposed to actually be that close to Greece.

Knight Man, who was built for dueling, is British, although medieval knights in armor were common to other parts of Europe as well. Finally, Plant Man, who hangs out in a rain forest, is Brazilian, despite the flower that he most closely resembles, the foul-smelling Rafflesia, being native to Asia. 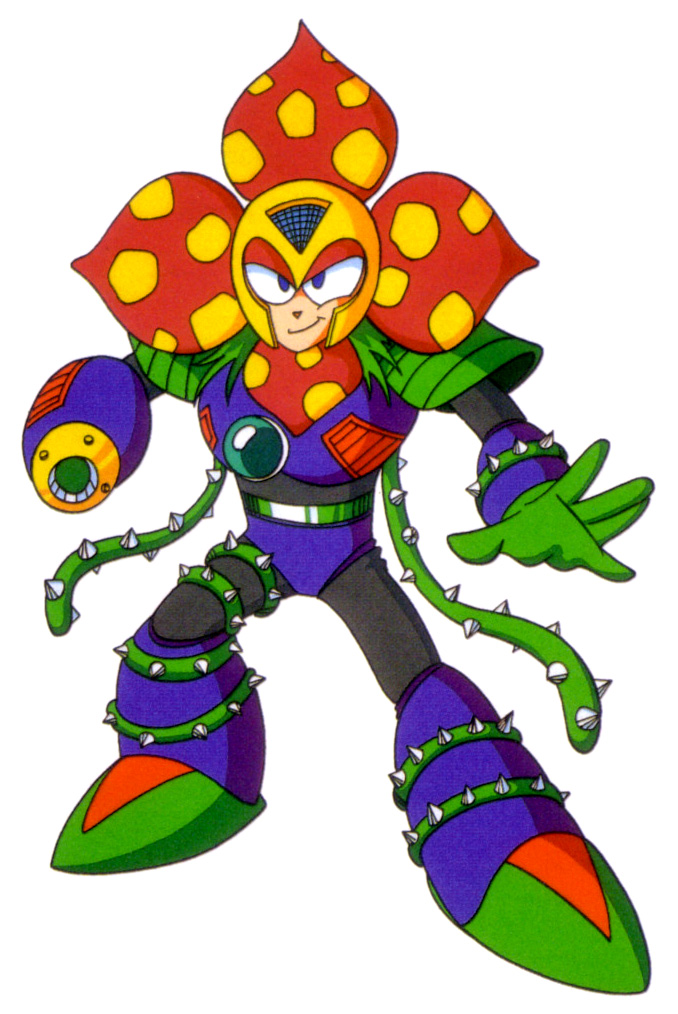 He’s one of several Robot Masters to be protected with a shield. His original job was mascot at a botanic garden, and I believe he’s the only one who has a credited creator. It’s in the comic, so it’s not totally official, but the the scientist’s name is the appropriate Dr. Pedro Astil. 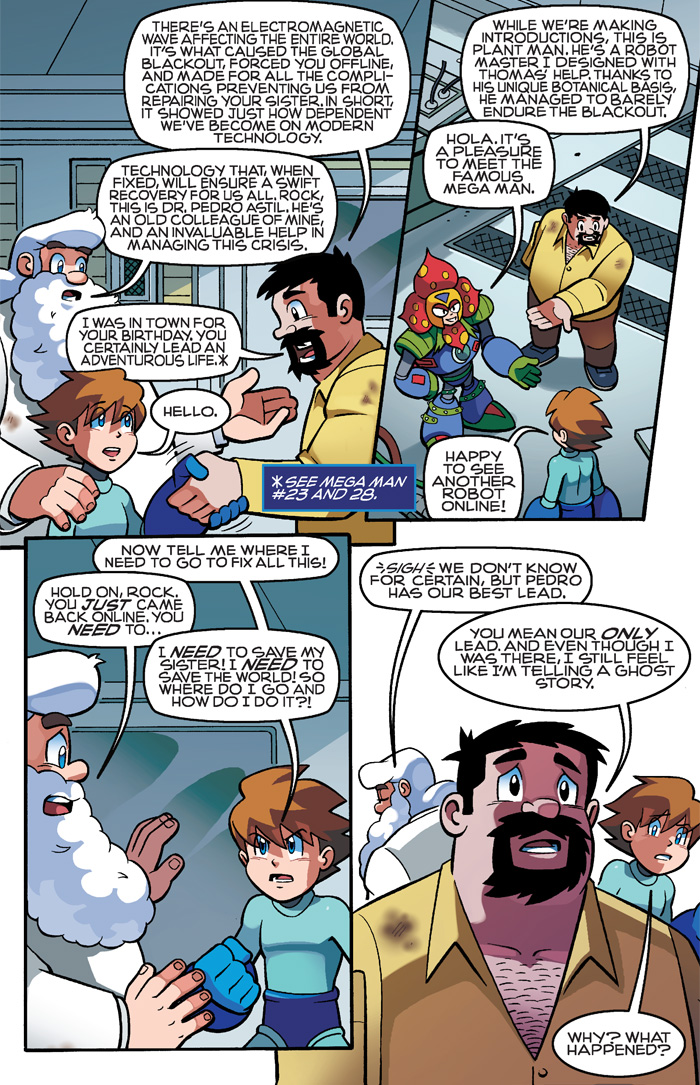 The comic also introduces another robot maker, Dr. Noele Lalinde, a colleague of Light’s with whom he has some romantic tension. She’s from the Philippines and is named after a friend of writer Ian Flynn’s.

Her creations are Quake Woman (also known as Tempo) and Vesper Woman. Another robot maker in the same universe but not the same time period is Dr. Cain, who discovers Mega Man X in the ruins of Dr. Light’s lab in the twenty-second century, and not only reactivates him but creates the first Reploids based on his design. 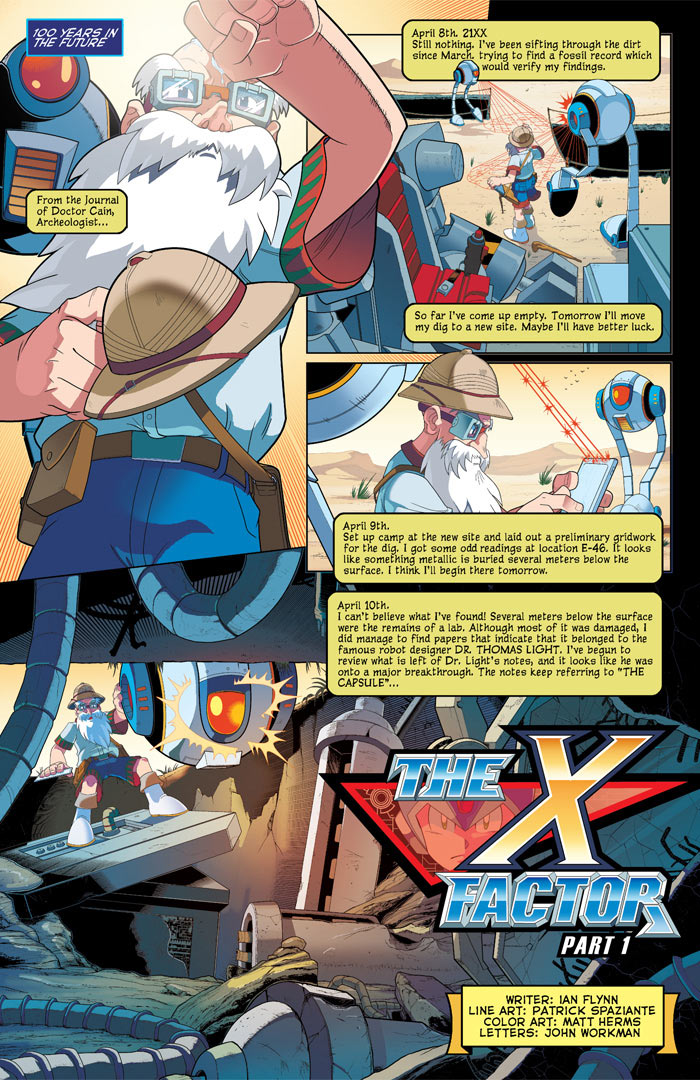 Capcom has mentioned that Shadow Man, one of the Robot Masters in Mega Man 3, is of extraterrestrial origin, made of a material not existing on Earth. Why him in particular, I’m not sure. Maybe someone just thought a robot ninja from space was about as cool as they could get. Wily found him and modified him. 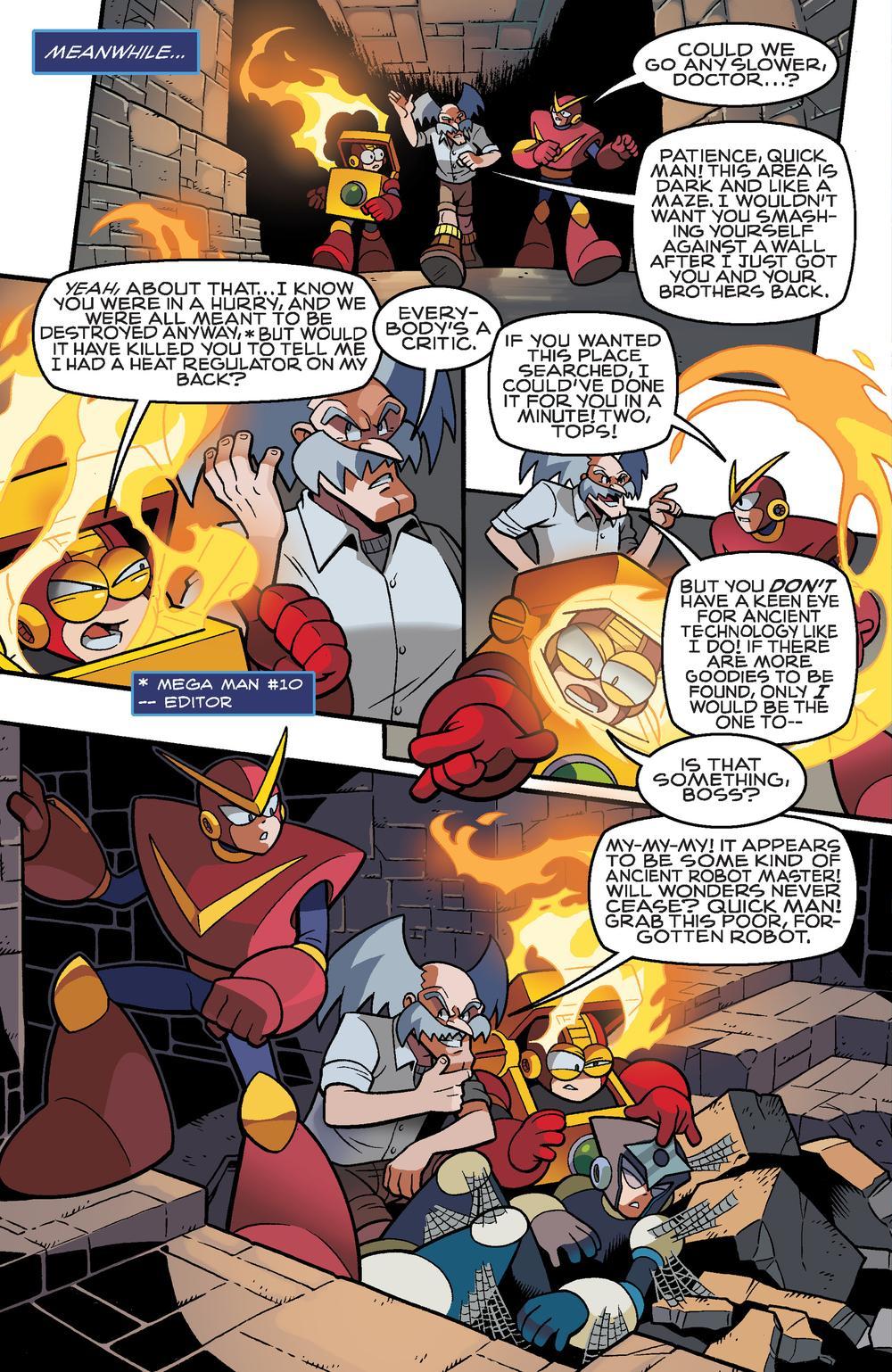 The same is the case with Sunstar and the Stardroids from the Game Boy Mega Man V. 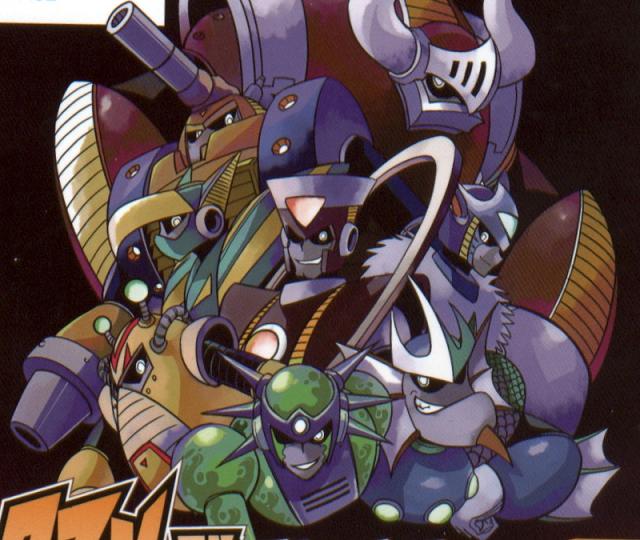 Wily found them in some ruins and tried to recruit them, but they turned against him. And in the Japan-only Super Adventure Rockman, Wily finds a 20,000-year-old alien supercomputer called Ra Moon in a ruined temple in South America. 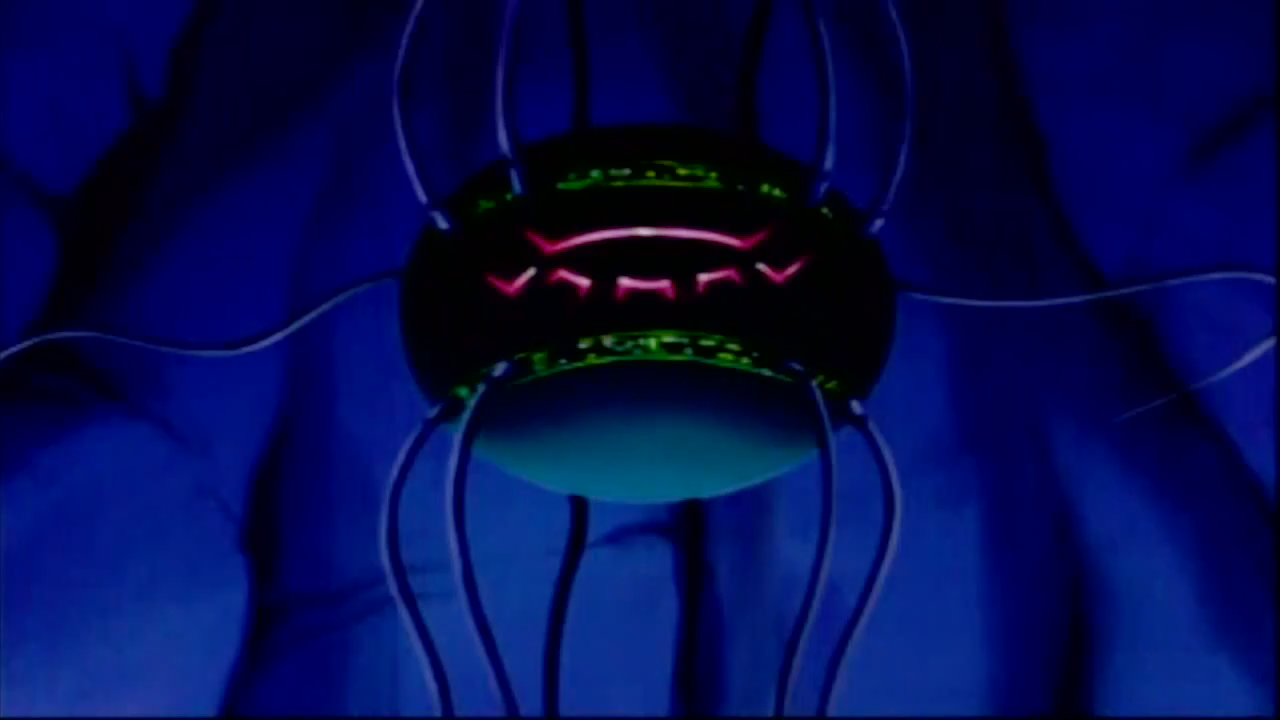 Due to the similarities in these back stories, the comic linked all of these alien machines, making Shadow Man, Sunstar, and the Stardroids original creations of Ra Moon. I don’t think there’s ever been any word on the creators of the space cop Duo from Mega Man 8 or the new Robot Masters who join King in Mega Man & Bass.