As you’ve probably heard, Steve Ditko, comic artist and co-creator of Spider-Man and Doctor Strange, was recently found dead at the age of ninety. I’m not that familiar with his work, but I have read some classic Spidey and Strange in the past few years. He did some amazing surrealistic artwork, and apparently did a lot of the scripting as well.

Ditko was a very reclusive figure who preferred to be known through his work. He was also famously a big fan of Ayn Rand and Objectivism, which I understand started while he was working on Spider-Man. Spidey strikes me as very much not a Randian sort of character, as putting others first is a necessary corollary of his power and responsibility motto. When he tries to do things solely for himself, he generally fails. I’ve seen it said that a scene making fun of college protesters was reflective of Ditko’s conservative views, however.

He left Marvel Comics (for the first time) in 1966. There’s a popular legend that he didn’t want Norman Osborn, a potential Randian mentor for Peter, to turn out to be the Green Goblin. According to Ditko himself, however, he always intended Osborn to be the Goblin, his leaving right before the reveal being just a coincidence. I first heard of another creation of Ditko’s, Mr. A, from a somewhat obscure XTC song. “New Broom” is part of Andy Partridge’s dub experiments from 1980, where he took existing songs from the band, isolated individual tracks, and added stuff to them. “New Broom” is based on a deconstructed “Making Plans for Nigel,” with spoken lyrics about the character.

Mr. A, named after Rand’s principle “A is A” (and presumably not connected with MRAs, although there’s probably some overlap in their ideas), is a vigilante who believes everything is either right of wrong, with no gray areas, as reflecting in his half-black and half-white calling card. He also thinks some people’s lives aren’t worth anything, and has no problem killing. He has a secret identity as a newspaper reporter, and is largely reminiscent of noir detectives, although they’re inherently flawed characters and Mr. A is supposed to be, like, the ultimate arbiter of right and wrong. So maybe his power is super-arrogance.

I’ve never read anything by Rand, but what I’ve seen about Objectivism seems really obviously contradictory. Rand was someone who thought individualism and and integrity were paramount but loved money and idolized rich executives, despite earning craploads of money frequently requiring a lot of compromise and ass-kissing. She regarded government assistance as theft, but was on it herself; and was an avowed atheist who demanded religious adherence to her philosophy. So characters based on Objectivist principles are pretty much guaranteed to have some contradictions as well. 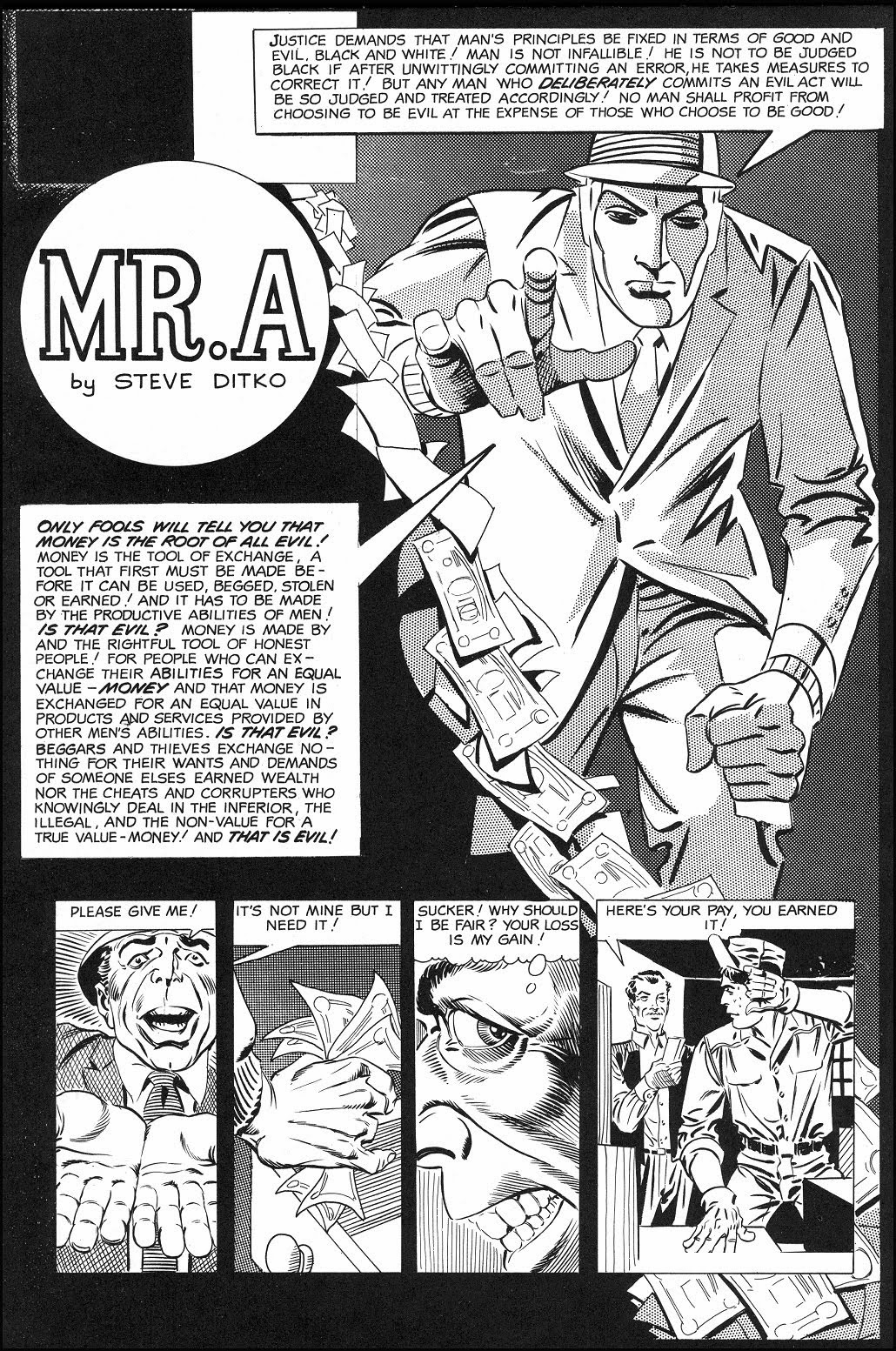 Another creation of Ditko’s, the Question, is basically Mr. A made over to be acceptable under the Comics Code.

While Ditko retained ownership of Mr. A, the Question is owned by DC. I don’t know much about him, but from what I’ve read, later writers kept his characterization as a philosopher but weren’t always consistent on which philosophical system he supported.

Alan Moore’s original idea for Watchmen was to use DC characters who’d fallen by the wayside, but since DC had other ideas for them, he instead used new characters based on them. Rorschach was basically the Question with shades of Mr. A, and since Moore wasn’t too keen on them, Rorschach was an insane jerk. 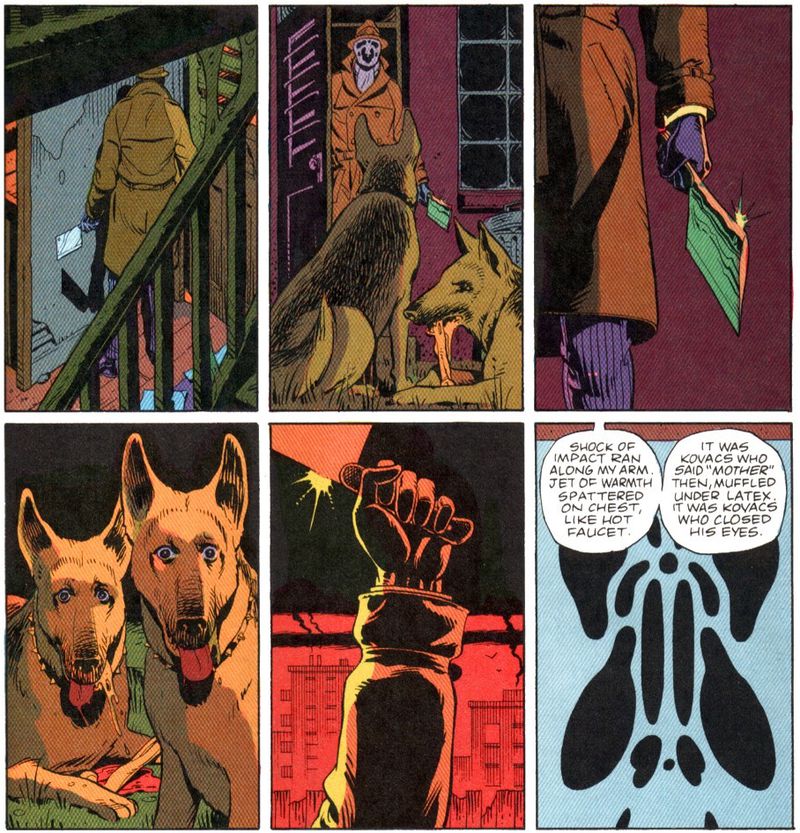 Then again, that was the case with a lot of the characters in Watchmen. I remember reading a quote from Andy Partridge about how he thought Mr. A was a good way to clear his mind about things, but also someone extremists could use to defend their actions. So, yeah, his politics and philosophy were weird, but it’s certainly possible to appreciate his work regardless.