Quantum Entanglements and Other Small Problems

Ant-Man and the Wasp – The sequel to the 2015 film follows up on two hanging plot threads from that one: Hope van Dyne becoming the new Wasp, and the original Wasp, Janet van Dyne, being trapped in the sub-atomic quantum realm. (It doesn’t make any sense that, if the shrinking works by reducing the space between atoms, you could use it to become SMALLER than atoms; but I think we’ve already established the science in this series isn’t very scientific.) After Scott Lang’s participation in the events of Captain America: Civil War, he’s on house arrest. Hank Pym and Hope are on the run from the FBI, setting up their shrinkable laboratory wherever they can to build a quantum tunnel to rescue Janet. They’re also pissed off at Scott for taking the Ant-Man suit to Germany without permission. It turns out that Janet implanted some of her thoughts into Scott’s mind while he was in the quantum realm before, and upon having weird visions, he gets in touch with Hank again. The three of them soon make two new enemies, the black market dealer Sonny Burch and Ava Starr, the daughter of an old colleague of Hank’s, who has the ability to phase through things due to molecular instability, and is known by the nickname Ghost.

Burch, as a villain who’s just a regular guy with no powers, gimmicks, or wacky schemes, who’s only in it for the money, is kind of an odd fit, although he kind of makes up for it with sheer persistence, and at least one of his henchmen is a mad scientist. He’s also a character in this movie who engenders no sympathy whatsoever, and it doesn’t help that he’s a total sleazeball with a Southern accent. Ava, on the other hand, is sympathetic in that her powers were the result of an accident that also killed her parents, and she really just wants to find a cure. It’s her desperation that makes her do some bad things.

While Hank travels into the quantum realm to find his wife, Scott and Hope have to use their powers to fend off Ghost, Burch, the police, and the FBI. They also have some help from Scott’s friends from the first film. While it really doesn’t introduce all that many new elements and hence doesn’t feel as fresh as its predecessor, it’s suspenseful and entertaining, including both the growing and shrinking slapstick and comic arguments that worked so well before. One that stands out in my mind is Burch and his henchmen arguing with Scott’s friends over whether a drug technically counts as a truth serum. There’s an amusing sequence with Scott as a giant even bigger than he became in Civil War (I guess he’s Giant-Man, although no one calls him that), and a few scenes of a giant ant wearing Scott’s ankle monitor.

From what I’ve read, many of the characters take their names and some basic traits from the comics, but otherwise don’t have much at all in common with them, including Burch, a villain with phasing powers called Ghost, Hank’s rival scientist Elihas Starr, and a federal agent named James Woo. Another former colleague of Hank’s, Bill Foster, seems more similar to what I’ve read about his comic portrayal, but his circumstances are different. Here, he’s Ghost’s surrogate father. And as far as I know, he’s not related to Jane Foster. 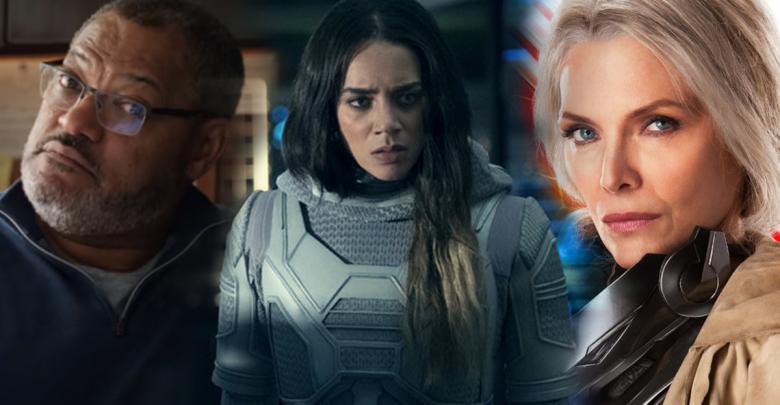 While Scott is able to avoid detection by the FBI and hence finish out his house arrest sentence, I don’t recall any indication as to whether Hank and Hope are still on the run. Of course, according to the mid-credits sequence, they have bigger problems to deal with in the meantime.

1 Response to Quantum Entanglements and Other Small Problems