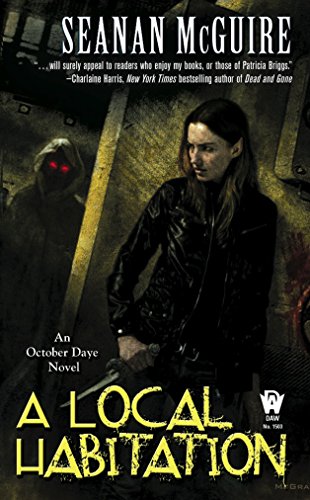 A Local Habitation, by Seanan McGuire – The second of the October Daye novels has Toby, at the behest of her lord Duke Sylvester, investigating a fairy-run computer company in Fremont, which in Faerie is a buffer zone between two other fiefdoms. Sylvester’s niece January is in charge there, and people have been getting murdered. As with the other McGuire books I’ve read, she does an interesting job of bringing fairy lore into the modern world, and we find out, for instance, that a Dryad can become a network server. I sometimes had a little trouble keeping track of the characters (this seems to happen to me a fair amount these days, so maybe it’s me and not the books I’m reading), but I do feel proud for having caught the two twists with the characters Alex and Terrie Olsen long before they were actually revealed. There’s also a reappearance by the Luidaeg, the sea-witch who still owes Toby an answer from the first book. From what I understand, the character is mostly new, but is associated with several characters from myth and folklore, including the witch from The Little Mermaid and the Lady of the Lake. 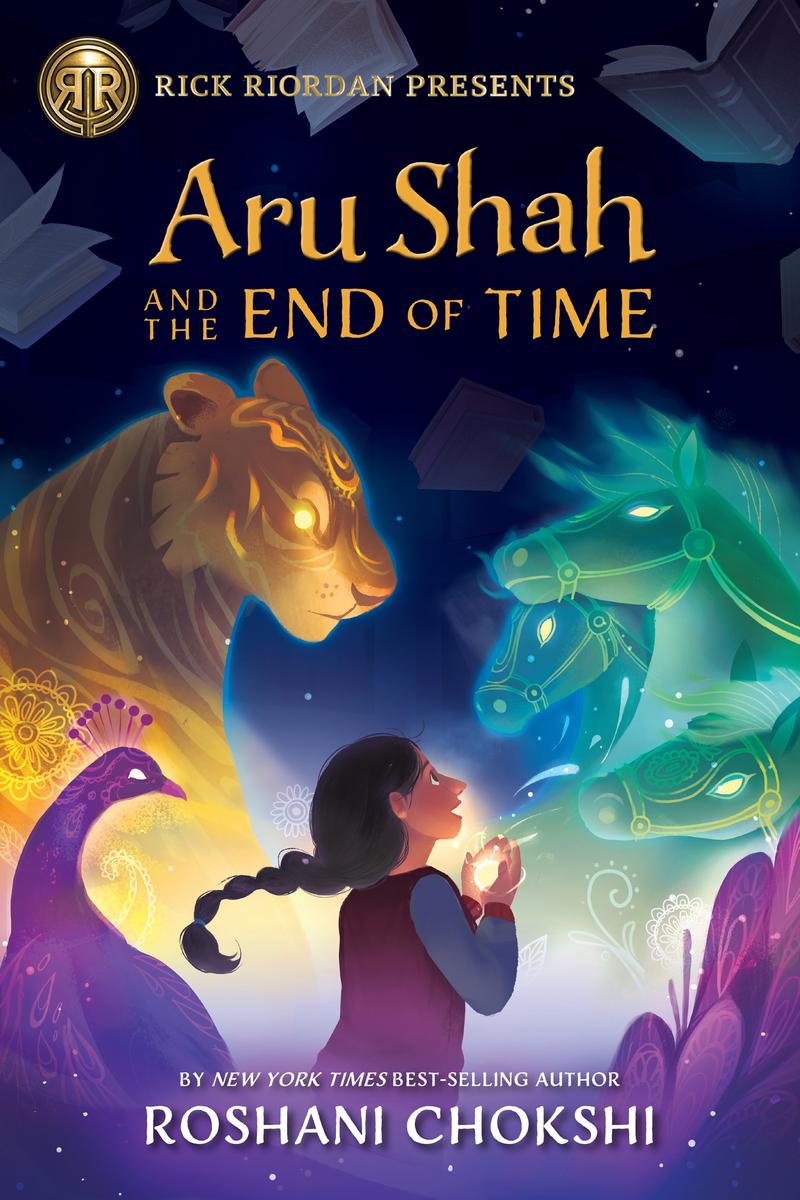 Aru Shah and the End of Time, by Roshani Chokshi – The first of the Rick Riordan Presents series, books edited by Riordan that continue his theme of classical mythology in the modern world. This book, the beginning of a planned series of four, is based on Hinduism. Aru, the daughter of a museum curator, is a girl with a very active imagination, who is attending a school where the student body is mostly snobby rich kids, and she tries her best to fit in. When she tells some of her classmates about a lamp that will summon a world-ending demon, she rubs it to impress them, only to find out the story was true after all. In order to prevent the Sleeper from summoning Shiva and ending time, she has to enter a mythical Otherworld, accompanied by a cranky pigeon called Subala (she calls him Boo) and a paranoid girl named Yamini, or Mini for short. Aru and Mini turn out to be siblings, not biologically but in that they’re both reincarnations of two of the Pandava Brothers, heroes of the Mahabarata. They’re also both demigods, children of Indra and Dharma Raja respectively. They meet the sage who wrote the famous epic, shop at a supernatural bazaar, visit a strange library, and journey through the Kingdom of Death. The gods Hanuman, Urvashi, and Chitrigupta show up (I’m sure more will appear in the sequels); and Boo and the Sleeper also end up being characters from the Mahabarata, the sorcerer Shakuni and the conqueror Suyodhana, both major enemies of the Pandavas. While the general structure is similar to that of Riordan’s books, there’s a lot that’s new here, and Aru and Mini are interesting and sympathetic characters.