I enjoy reading fiction based on classical mythology, and one bonus of such books is that they often give me new mythological figures or stories to further research. In this case, the first Aru Shah book introduced me to Chitragupta, the god of writing and judgment. The book spells the name “Chitrigupta,” but “Chitragupta” is more common online. The name roughly means “hidden secrets.” His origin story has it that Dharma Raja, the ruler of the dead, who is often associated with Yama, was often making mistakes in terms of which beings he sent for reward or punishment. With so many souls involved, he complained to Brahma that he couldn’t possibly keep track. So Brahma meditated for 11,000 years (during which time Dharma Raja undoubtedly made many more mistakes, unless time works differently for Brahma, which I think it sometimes does), and when he opened his eyes afterwards, a god had sprung from his body. That he was the product of Brahma’s body and not just his mind is a significant aspect of the tale, as it makes him different from most of Brahma’s offspring. He came into being with both pen and sword, so he presumably never had to decide which was mightier, although my cursory research didn’t reveal any stories of his actually using the sword. Chitragupta has supernatural record-keeping powers, recording all of the deeds of everyone in the universe in what are known as the Akashic Records.

They’re much like Glinda’s Great Book of Records, but much more detailed. He’s also regarded as the inventor of writing, and as such can be associated with such gods from other cultures as Hermes, Thoth, and Nabu. And, since his records are used to determine how well each individual fulfilled their dharma, he’s a god of justice as well. 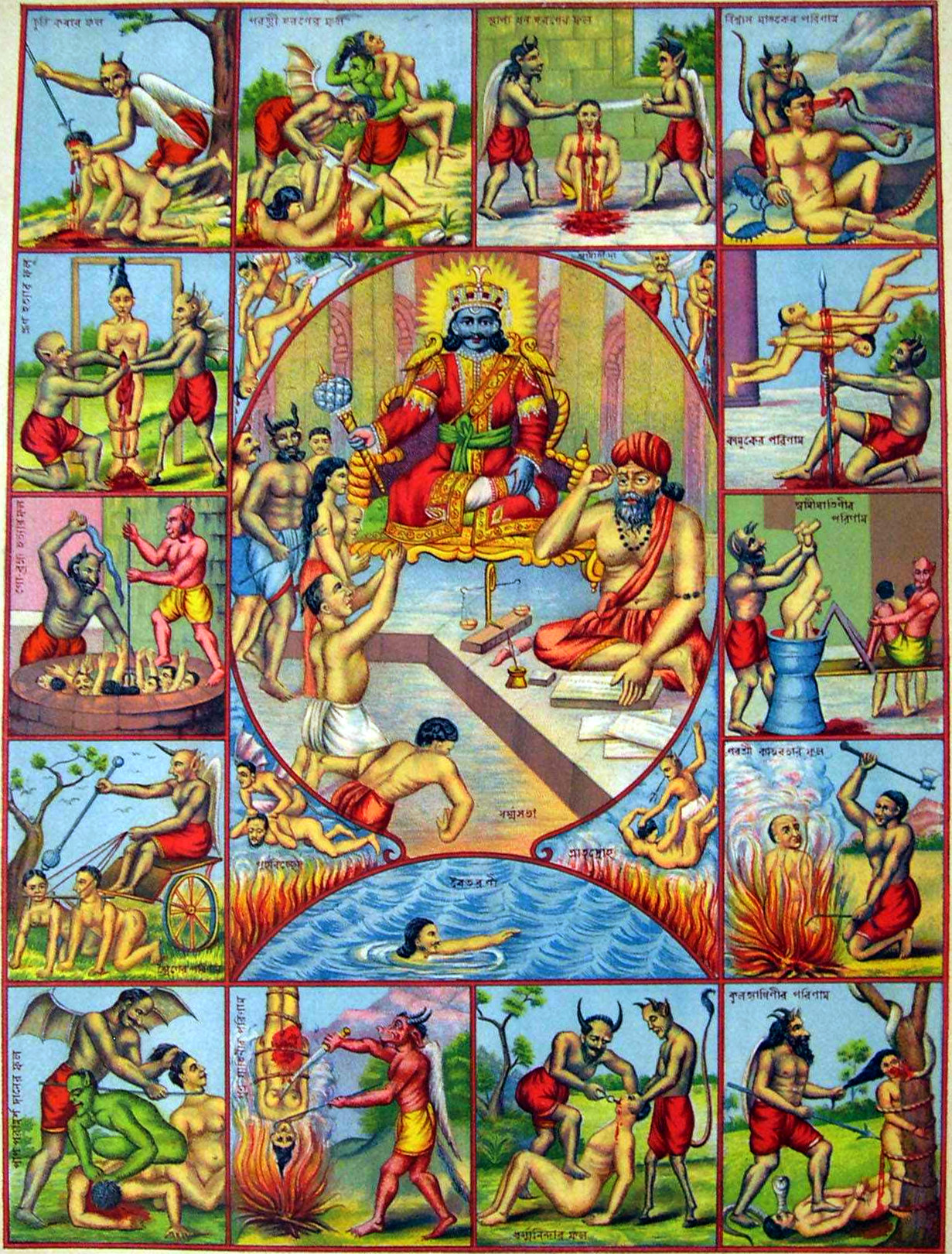 He has two wives, the first being Nandini Aravati, daughter of Shraddhadeva Manu, the king who survived the Great Flood; and the other Shobhvati, daughter of the god of death. His children with both wives are the progenitors of the Chitraguptavashni Kayasthas, a caste of scribes.

Kayastha is another name for Chitragupta, deriving from the Sanskrit kaya, or body, signifying his origin from Brahma’s body.

The Chitragupta Puja, celebrated the day after Diwali and regarded as the god’s birthday, is a festival that involves the ritual purging of bad deeds. There’s a story about a tyrannical king named Saudas who was allowed into Heaven simply for performing the rituals, despite doing a lot of terrible things and no notable good ones. That’s the power of bureaucracy, I suppose. I’m not sure whether everyone is allowed to exploit this loophole, as it seems to render the records meaningless. Maybe Chitragupta was just feeling generous because he received worship from someone who wasn’t himself a scribe. But then, it’s a pretty common thread for religions to offer a simple (but still not possible for everybody) way of getting out of actual punishment for their deeds. I don’t know; I believe in forgiveness, but I think you should have to earn it, not just perform some ritual that isn’t directly related what you did in the first place. But hey, gods are fickle. In Aru Shah and the End of Time, Roshani Chokshki gives him a rather corny sense of humor, and makes him generally friendly and helpful in addition to his meticulousness.

My next post, if all goes as planned, will probably be on Cars 2, which I watched last night. I didn’t really want to do two movie review posts in a row, which I guess shows I can sometimes be just as obsessive-compulsive as a god of scribes.