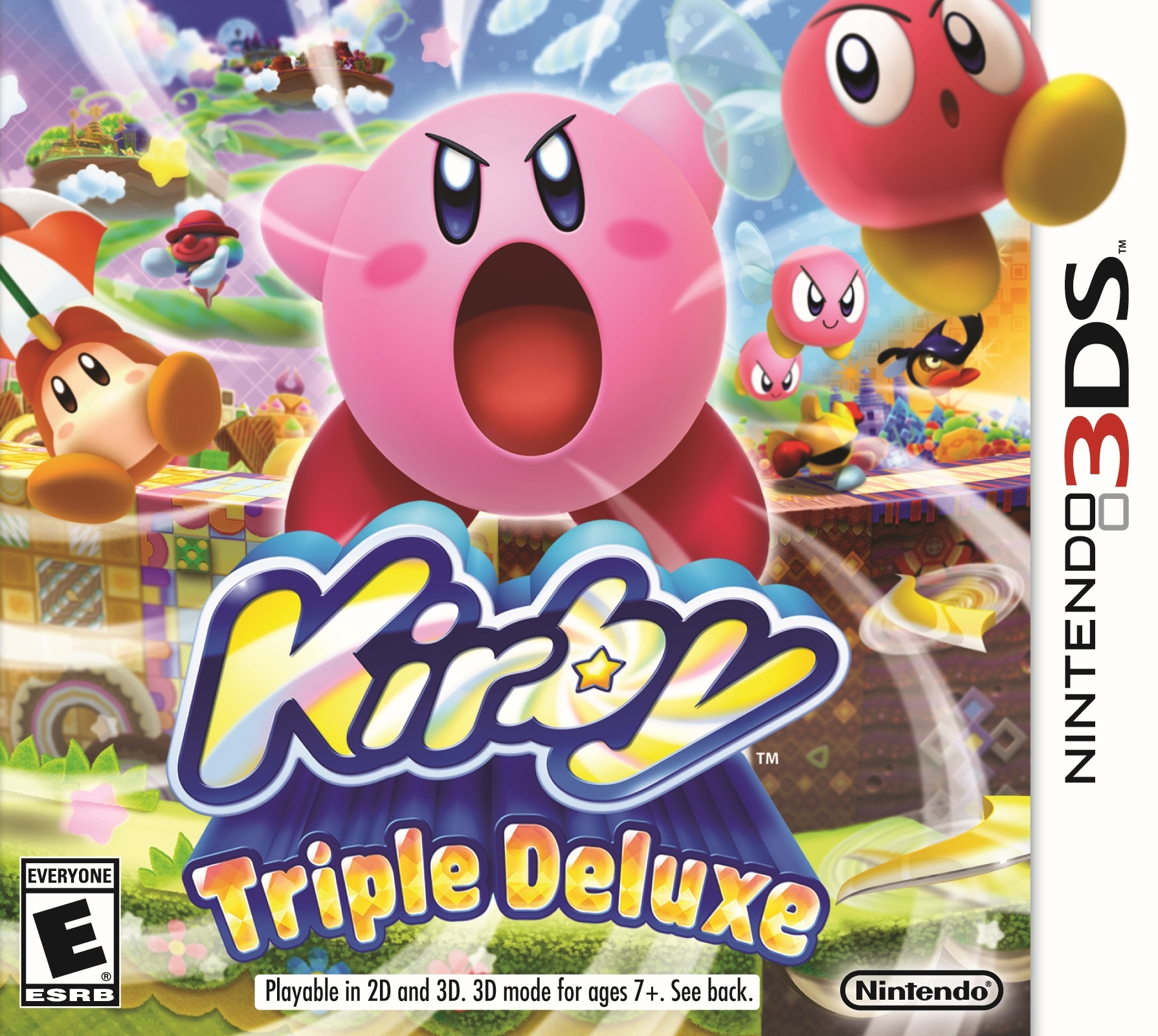 I like Kirby, but I haven’t actually played that many Kirby games. I remember seeing my brother play Kirby’s Adventure for the NES some years ago. I got Kirby: Triple Deluxe for the 3DS for Christmas, and started playing it about two weeks or so ago. It’s pretty easy to get into, with Kirby games being made so they can be enjoyed for inexperienced players. I’m experienced in that I’ve been playing video games since I was a kid, but I’ve never been that good at them, so it’s kind of a relief to play something where I don’t die pretty much immediately. I am having some trouble in Level 5, but I don’t know that it’s insurmountable. You’re able to float over many (but not all) obstacles, you can take several hits before dying, health-restoring items are pretty common, you start with a good number of lives, and there isn’t much of a penalty for a game over. It seems like a lot of games are heading in that basic direction; I understand Super Mario Odyssey doesn’t even have a lives mechanic. As is typical of Kirby games (except the first one), Kirby is able to obtain various powers by inhaling enemies. I understand the Beetle ability, which lets you fly and sting adversaries, is new in this game.

There’s also Hypernova, obtained from fruits in certain levels, which lets you inhale much larger objects and creatures. It’s pretty fun to use. 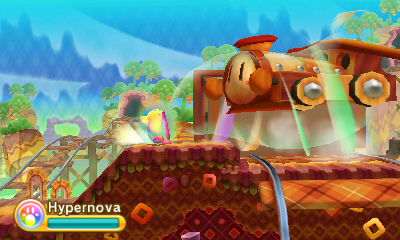 Sabin can Suplex a train, but Kirby can suck it up.
The style of the game is what I’ve seen called 2.5D, in that it’s a side-scroller, but there are still elements in the background and foreground that can affect you. You can also switch between them at certain points by riding floating Warpstars. There’s a bit of puzzle-solving involved with this, but generally nothing all that difficult. On some occasions, you have to tilt the 3DS itself in order to move things. Some of the bosses are pretty annoying, though, especially Coily Rattler, the snake who’s only vulnerable on his head. 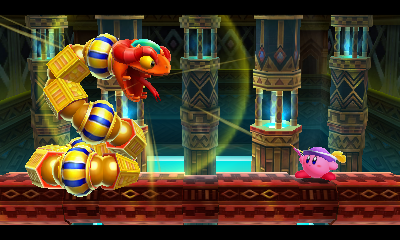 Boss fights are often preceded by a room where you can choose from a few different abilities, although you can lose these by getting hit.

The plot of this one has a giant Dreamstalk growing in Dream Land and lifting buildings and inhabitants into the air, and a spider monster kidnapping King Dedede. 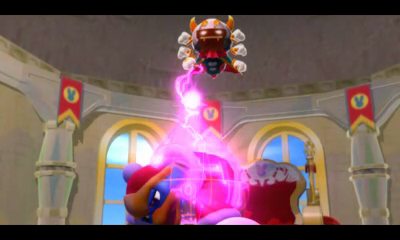 Kirby has to chase the monster through several stages in the clouds. In order to reach the final boss of a level, you need to collect a certain number of Sun Stones, some of which are obvious and others hidden. For every final boss battle, Dedede’s captor, Taranza, will work some kind of magic to either create or enhance an enemy, in much the same manner as Kamek in some of the Mario games.

There are two other modes accessible from the beginning, which I guess is why it’s Triple Deluxe, but I really only took a cursory glance at them. Kirby Fighters is a fighting game similar to Super Smash Bros., pitting Kirby against one or more enemies in a variety of battlefields. You choose one ability to use, and there are items in the stages that both you and your opponents can use.

Dedede’s Drum Dash is a side-scrolling game where Dedede bounces on drums, with timing and combinations being crucial to making the jumps properly. I tried it once, but I was terrible at it. 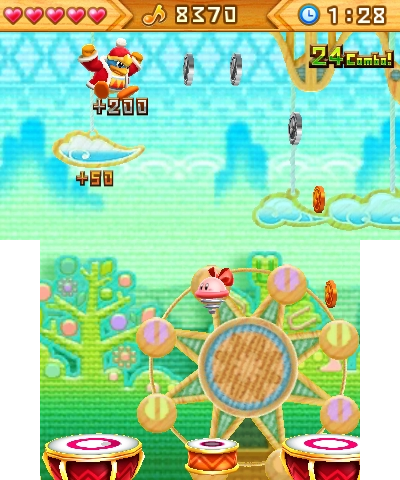 1 Response to Kirby and the Dreamstalk