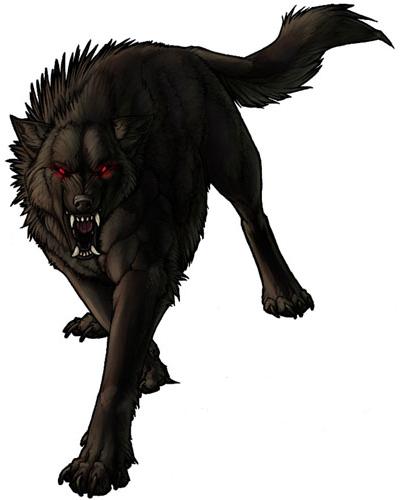 From looking up the Barghest, a mythical black dog that made an appearance in Seanan McGuire’s October Daye series, I found that there are a whole lot of ghostly black dogs in the folklore of the British Isles, as well as in some other places. They’re often seen as omens of death, or just bad omens in general, and sometimes directly attack people. This hardly seems fair to the many harmless black dogs in the world. Were black dogs rare enough in these parts that seeing one was cause for alarm, or were people just alarmed a whole lot? I mean, black Labrador Retrievers are really common and really friendly; but they’re Canadian dogs that weren’t brought to Europe until the nineteenth century, although they’re quite popular in the United Kingdom nowadays. There were occasional good black dogs and evil dogs of other coat colors in British lore, but the ghostly black dogs were pretty ubiquitous. With the Barghest in particular, it was said that those who got a good look would die immediately, while those who only caught a glimpse would have a few more months to live. Getting in the way of one at a funeral possession would result in its giving you a wound that would never heal. It was also thought to be a shape-shifter, sometimes taking the form of a headless person, a cat, or a rabbit. Apparently the term “barghest” can also be used to refer to any kind of spirit, elf, or goblin. 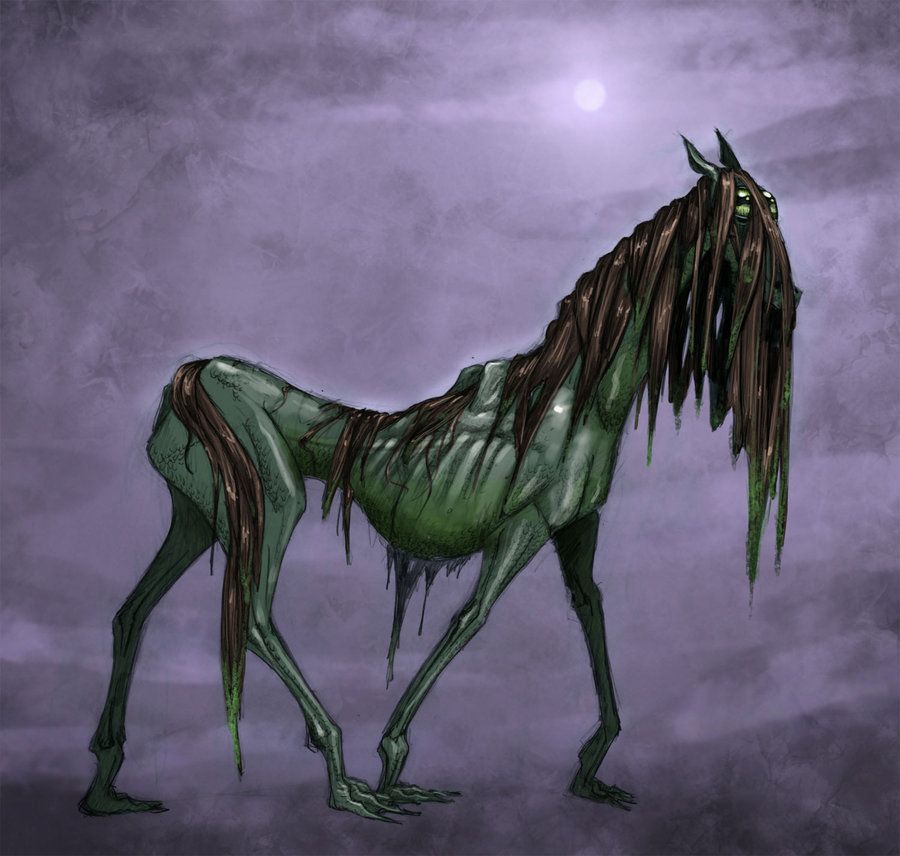 The Gytrash of northern England was also known for changing shape, sometimes appearing as a horse, mule, or cow. They appeared on lonely roads and led travelers astray, although they could sometimes be helpful. I guess which kind you encounter is a total crapshoot. In Jane Eyre, Jane is reminded of the Gytrash by both a Newfoundland dog and a black horse. The “trash” in its name apparently means “trudge,” due to the fact that it makes a splashing sound while walking, so in this case guy trash isn’t beer cans and pizza boxes. The Shug Monkey of Slough Hill is sort of a composite creature, with the face of a monkey and the ability to walk on either two or four legs.

Descriptions of the shaggy Black Shuck of East Anglia vary considerably, with some notable ones saying it has only one eye, or that it’s the size of a calf. 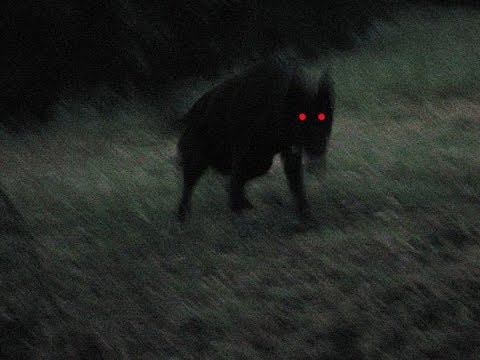 The Yeth Hounds of Devon are the ghosts of unbaptized children, and take the form of headless dogs that constantly wail.

The Moddey Dhoo that haunts Peel Castle on the Isle of Man has a name that really just means “black dog” in Manx Gaelic, but makes me think of Scooby-Doo.

Picture by Charlotte Grub
I know Scooby’s name was inspired by Frank Sinatra’s “Strangers in the Night,” but is there any indication that the guy who came up with it wasn’t also aware of the Moddey Dhoo? Instead of a ghost dog, he’s a dog who’s afraid of ghosts. Okay, I’m probably reading too much into this.

The Harry Potter series brings in ghost dog folklore when Sybil Trelawney mentions the Grim as an omen of death. If Wikipedia is to be trusted, the Grim was usually thought of as a good ghost, haunting a churchyard to guard it from thieves, vandals, and witches. It’s said to be the spirit of the first dog buried in the graveyard. But yes, it was also an omen. 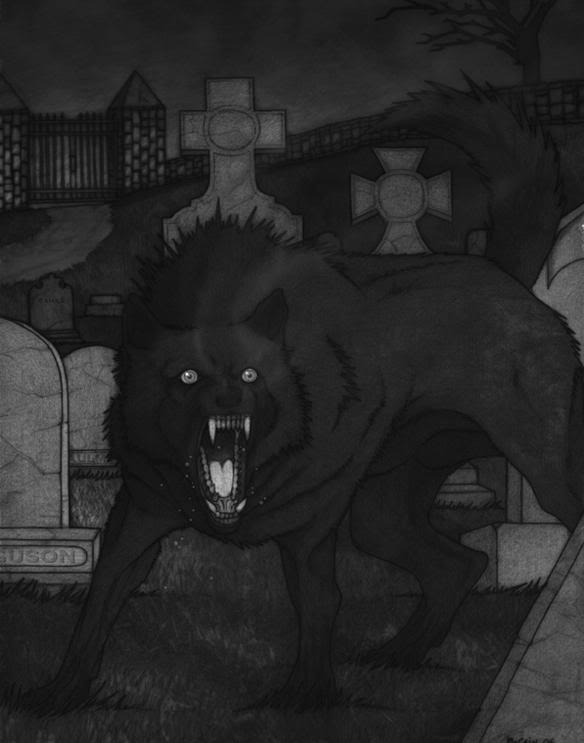 It turns out that the mysterious black dog Harry sees is really his godfather Sirius Black, who can turn into a dog. It’s convenient that he was already named after the Dog Star, but since most of his family has the names of stars and constellations, I guess they’d get to Sirius eventually anyway. But the series was full of this kind of thing. A guy named Remus Lupin becoming a werewolf is the same sort of coincidence as Otto Octavius ending up with eight arms. When you name your kids, think about what kind of supernatural fate you could be forcing them into! Sirius’ nickname is Padfoot, another English ghost dog that can be recognized by the sound of…well, its padding feet.