Spider-Man: Homecoming – This was the only movie from the Marvel Cinematic Universe I hadn’t yet seen. I saw all three of the Sam Raimi Spider-Man movies, and didn’t really have any interest in the Andrew Garfield ones, although I saw part of The Amazing Spider-Man on television. The re-reboot takes place after Captain America: Civil War, and has Peter Parker, played by Tom Holland, returning to Queens. I guess that’s part of the meaning of the “Homecoming” part of the title, although it also refers to his coming home to the larger Marvel universe, and the film involves the homecoming dance. Holland plays Spidey as appropriately nerdy and awkward, although I don’t recall him wisecracking all that much in this movie. He also has a fancy new suit given to him by Tony Stark. With Stark funding much of Peter’s work, I wonder if that means this incarnation of the character isn’t going to be taking pictures for the Bugle in order to make money. J. Jonah Jameson isn’t going to be too happy about that. 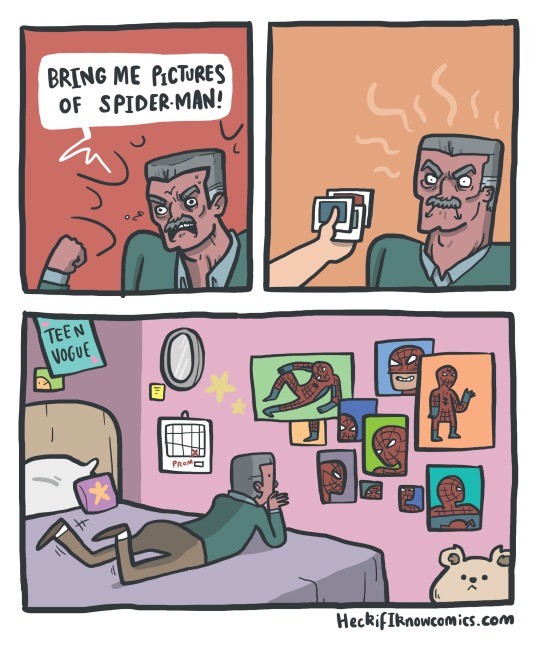 There’s no mention of Uncle Ben or of spider-sense. As far as other characters from the Spider-Man universe, Flash Thompson has become a rich snob rather than a jock, and Liz Allan shows up as a love interest for Peter. Well, except her last name isn’t Allan, because she’s the daughter of the Vulture, Adrian Toomes.

Played by Michael Keaton, this is the character’s first appearance in a live-action film. They’d wanted to put him in the other two iterations of the franchise, but never got around to it. His company loses the contract to clean up after the Chitauri attack in The Avengers, so he holds on to the technology he was able to salvage, and uses it not just to fly but to make super-weapons to sell to criminals. One of the buyers, Aaron Davis, in addition to having the name of a guy I know online, is the uncle of Miles Morales, who became Spider-Man in a different universe where Peter Parker died. Then he was incorporated into the main universe after a crossover event. 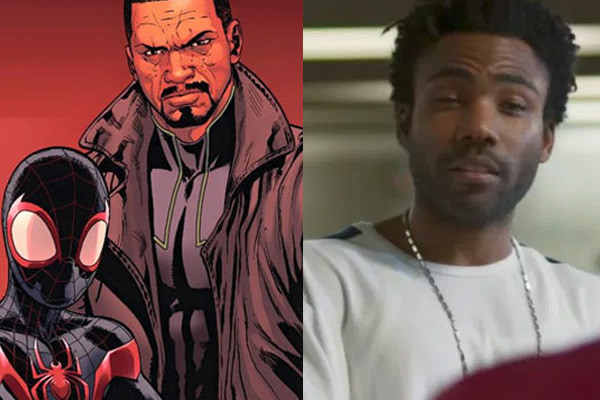 Spider-Man as a franchise is always kind of sad and awkward (successfully so, that is), as disappearing and coming up with lame excuses is such a significant part of his character. We know it’s for important reasons, but no one else ever does. Maybe I should just assume everyone who ever cancels on me is a superhero as well. Nah, I’m not that generous. There’s a lot of awkwardness in this film, which I guess makes sense when a lot of it centers around high school. And while the Raimi films had Peter saving people on the Roosevelt Island Tram and the subway, here he does the same on the Staten Island Ferry (although Iron Man ends up stealing his thunder). How many other sorts of mass transit will feature in this franchise? Overall, I liked it. I recall the first two Raimi movies making me feel more for the characters, but it’s a fine way to incorporate Spidey into the larger universe. And the orchestral version of the Spider-Man theme at the beginning was cool. I understand his next solo outing will occur after the fourth Avengers film.