When Humanity Grows Up 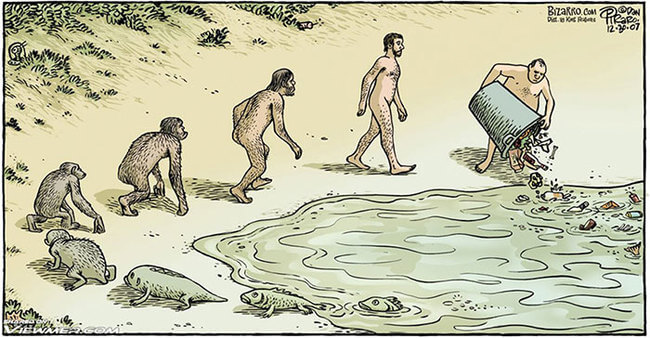 One idea I’ve come across is that the whole of humanity is maturing over time, much as individuals do. It seems to be particularly prominent as a teaching in the Baha’i faith, but I’ve seen it other places as well. Abdu’l-Baha’s Foundations of World Unity states, “Similarly there are periods and stages in the life of the aggregate world of humanity which at one time was passing through its degree of childhood, at another its time of youth but now has entered its long presaged period of maturity, the evidences of which are everywhere visible and apparent. Therefore the requirements and conditions of former periods have changed and merged into exigencies which distinctly characterize the present age of the world of mankind. That which was applicable to human needs during the early history of the race could neither meet nor satisfy the demands of this day and period of newness and consummation.” It seems to be more of a spiritual idea than one with any real scientific basis. It seems to be a popular misconception that evolution means people are getting more advanced genetically, but that’s not really how the Darwinian sort of evolution works. The general idea holds that many organisms have become more complex over time, but there’s no inherent value in that. Humans have bigger brains than apes, but to say that makes us superior seems rather arbitrary, not to mention anthropocentric. Some religions teach more or less the opposite, that humanity is becoming progressively worse over time, a recurring theme for the Yahwist narrative in Genesis. 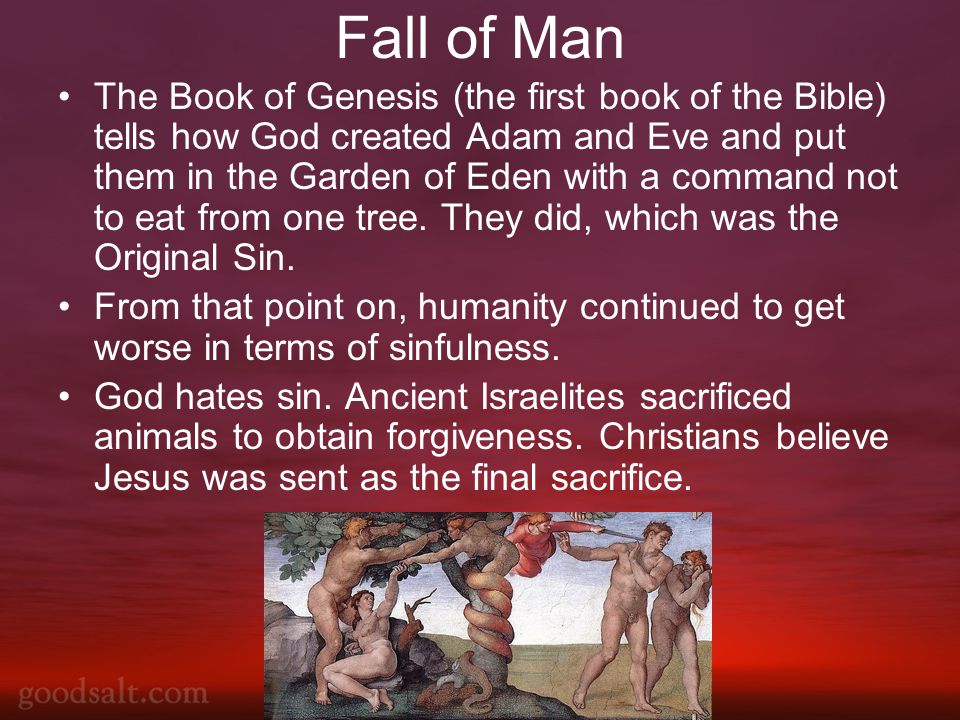 While not the only viewpoint in the Bible, it’s still popular with people who think the world just keeps getting worse until we reach the point where God will wipe us out, like He did in Noah’s time.

And the Bible, like some other religious documents, is part of why we can, perhaps, say our society has improved. Not only do we have more advanced technology and longer lifespans, but perhaps more importantly, we don’t generally look as casually on genocide or slavery, which the Bible not only condones but sometimes has God command them. Capital and corporal punishment, as well as war, are also becoming rather less popular, although they’re obviously not totally out of fashion. Are people smarter now? I don’t know that there’s been any significant difference in the physical nature or capacity of human brains over the past few thousand years. We can say it’s amazing how much we’ve progressed in a fairly short period of time in terms of civil rights, but it can also be seen as ridiculous that we’re only just getting around to those things. And there are clearly plenty of people who still think these are bad ideas, enough that they can sway American elections toward regressive candidates like Donald Trump. Progress isn’t a steady march uphill, but a slow, awkward climb with a lot of backsliding. I think individualism is a key development in human understanding.

War, I would say, is sort of a throwback to a more totalitarian viewpoint, where the individuals don’t matter as much as the side. That’s not to say humans banding together and having each others’ backs is always a bad thing. In fact, I’d even say we’ve only come so far because we are a cooperative society. The problem is that modern society kind of seems to have it backwards, where we’re willing to turn toward collectivism to fight or oppress others, but not to help each other survive. And individualism can be used in a negative way when used to defend an “I got mine, screw you” sort of philosophy, especially since successful people generally DON’T accomplish everything on their own. So how do morals change over time? Well, when you look at technology, it’s not like most of us know how all our labor-saving devices work. We just need to have a minority that does, so as to keep them in working order and tell the rest of us the basics. And like technology, perhaps morality is also something that’s adopted when many people decide it’s beneficial for them. As such, it’s not always necessarily going to be better than what we had before, but it can be. Perhaps when ideas are seen as ahead of their time, it’s just that their originators hadn’t figured out a way to make them appeal to others. And, of course, we leave records so we can build on what came before. But each individual still needs to learn how to access and understand these ideas; it’s not like every human automatically gains knowledge when someone comes up with an innovative concept or discovers how something works. I’m still hoping uploading the entire contents of our brains will become a thing sooner rather than later, although they might want to let us edit out certain embarrassing parts. As it is, when you die, things you’ve learned and accomplished only survive if you communicate them somehow; there’s a lot that’s lost. Perhaps humanity hasn’t advanced in any natural way, gotten any smarter or more evolved, but just ended up organizing ourselves well enough to allow for improvement. Or maybe we were guided by aliens like in 2001, but that leaves the question as to who guided them.