Three Birds and One Stone

I’ve been meaning to take a closer look at some of the stories in Ovid’s Metamorphoses, but my mind tends to get a lot of them mixed up. Someone does something to offend the gods, and is turned into something else. Of course, there are many variations on this basic theme. Many of these tales can be interpreted in two different ways depending on where the reader or writer’s sympathies lie. They can be, and probably were originally intended to be, warnings against hubris, of thinking mortals can ever compare themselves to the gods. Or you can see the gods as being petty and way too extreme, doling out permanent disfiguring punishments simply for idle talk. We see this sort of thing in the myth of Arachne, where the narrative suggests that her weaving really IS as good as Athena’s, although that’s obviously a subjective matter. While not always the case in individual myths, the picture of the Olympian gods as it’s been handed down over the centuries suggests that the gods aren’t in power due to any grand cosmic order, but more because they constantly and fervently defend themselves against all challengers, even those who don’t at all have a reasonable chance against them. It’s probably pretty accurate to how people in power behaved back then, and many still do now.

This theme can be seen in the related stories of two sons of Phosphorus, the Morning Star, both of whom were turned into birds by the gods. One of them, Daedalion, was a fierce warrior and the father of a daughter named Chione who was beautiful enough to attract a good many lovers. These included Hermes and Apollo, who both had sex with her on the same day, impregnating her with twins. She went on to brag about this, which is a little strange considering that Hermes is said to have put her to sleep and raped her. Chione went on to claim she was more beautiful than Artemis, never a good move, so Artemis killed her with an arrow through her tongue. 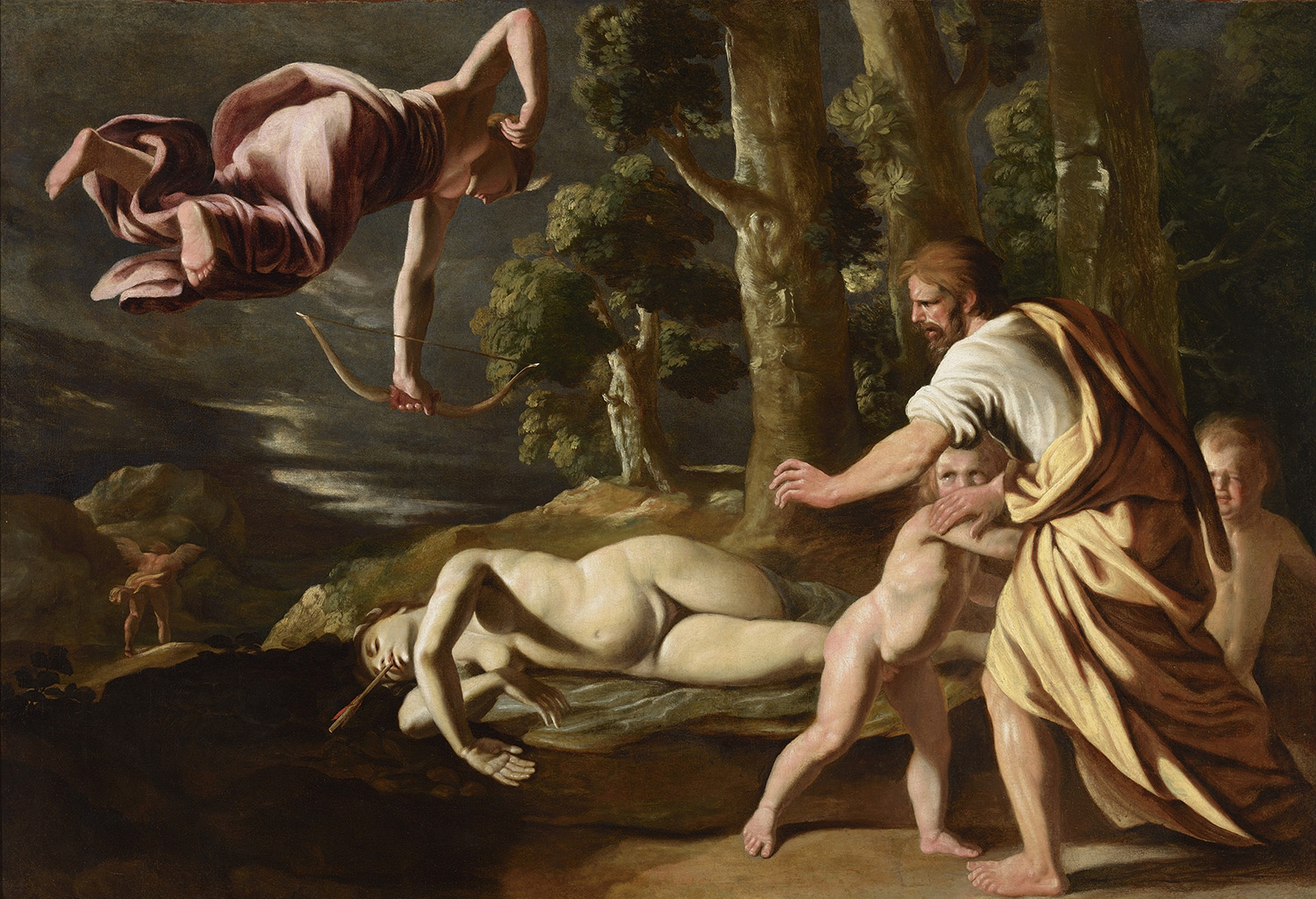 Daedalion went into mourning and attempted suicide a few times, finally jumping off Mount Parnassus. Apollo, who took pity on him, turned him into a hawk. The bird’s strength and violence are the result of Daedalion’s personality.

His brother, Ceyx, who served as King of Trachis, was deeply devoted to his wife Alcyone, daughter of Aeolus, King of the Winds. According to a detail in the myth that wasn’t included in Ovid’s account, they would call each other Zeus and Hera, which the gods considered blasphemy. You’d think they could have made a better choice, as Zeus and Hera never got along very well. Maybe they felt Ceyx and Alcyone were mocking them for that. Anyway, after Daedalion’s death, Ceyx began noticing what he thought were bad omens, and sailed off to consult the Oracle at Delphi, leaving his wife behind.

Zeus sank then his ship with a lightning bolt. Alcyone pined for her husband and prayed constantly to Hera, who took pity on her and called on Hypnos and Morpheus to create a specter to tell her what had happened to her husband. In her grief, she killed herself by jumping into the sea, and Zeus turned both of the faithful lovers into kingfishers.

These are also known as halcyon birds, and the halcyon days are the time in winter when the wind is calm and storms don’t occur. The legend is that these seven days are when Aeolus holds back the winds so his daughter can make her nest on the beach. Since Ovid doesn’t mention the hubris aspect, it doesn’t count as an example of the theme in his work, but it is an example in Greek mythology in general. 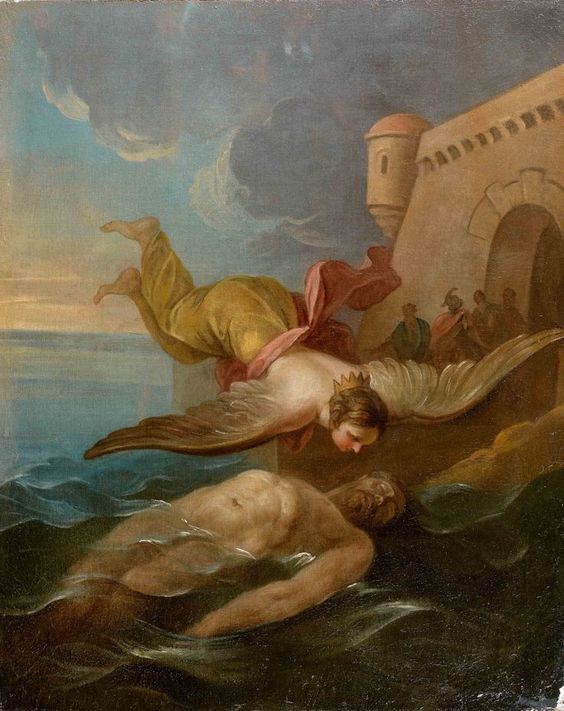 While not directly related to these stories, another one that can be found in Ovid and deals with the same sort of ideas is that of Niobe, daughter of Tantalus. She had fourteen children, seven male and seven female. During a festival honoring Leto and her children, Apollo and Artemis, Niobe bragged about her kids and insisted she was more worthy of honor than Leto, who had only the two. So Leto’s offspring killed hers with poisoned arrows, Apollo killing the boys and Artemis the girls. 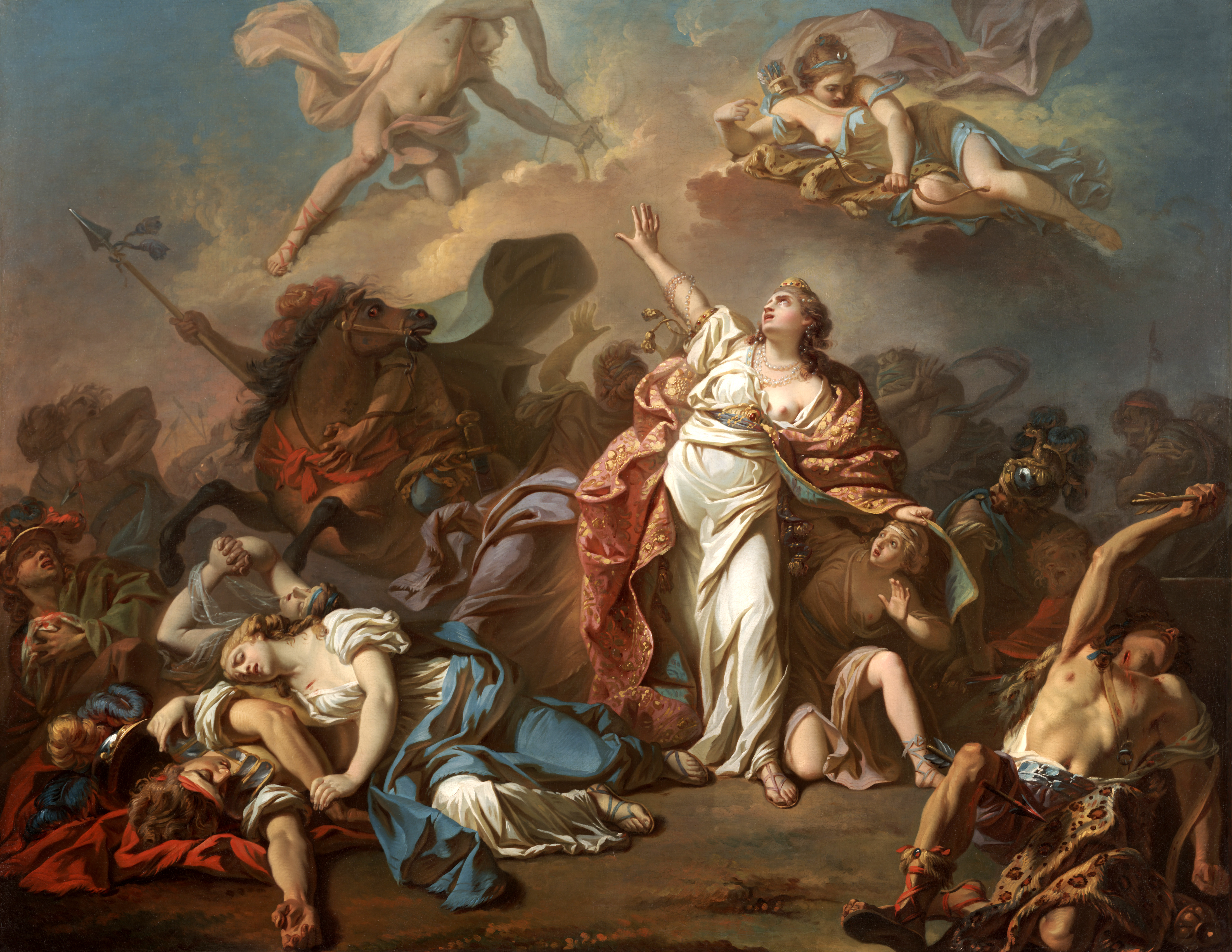 Some versions of the myth say that they spared one of the daughters, Meliboea, who became known as Chloris due to the pale green complexion she had after watching her siblings die. In her grief, Niobe ascended the nearby Mount Sipylus, weeping all the way. She was turned into stone by Zeus, but continued crying, becoming a formation known as the Weeping Rock because of the way rainwater seeps through the porous limestone. 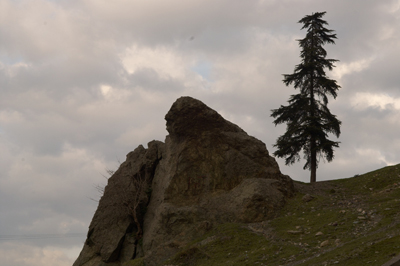 This is apparently still a tourist attraction today. Tragedy and disrespect for the gods were well-known in Niobe’s family, as her father cut up and cooked her brother, and her other brother immolated herself. This second brother, Broteas, is sometimes credited with another popular attraction on Mount Sipylus, the Manisa relief, a carving of the mother goddess Cybele.